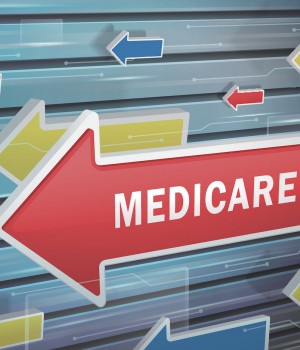 Published in the October 2008 issue of Today’s Hospitalist

Would a 10% incentive bonus “or the threat of a 10% withhold “lead you to spend more time on patient education at discharge? How about 20%? Or would better support or more respect from your colleagues be enough of an incentive?

Both options “better money and more clout “appear to be headed hospitalists’ way thanks to, of all things, new payment models being proposed by Medicare. The Centers for Medicare and Medicaid Services (CMS) plans to step up pressure on hospitals to deliver better care by shifting much more money to incentive programs.

In turn, experts say, facilities will likely turn to their hospitalists to improve hospital performance. As a result, hospitalists may well do better financially under the payment models being proposed. They certainly should be able to focus their efforts on improving patient care “and become the key to hospitals being able to meet performance and quality standards.

“This is the right place, the right time for hospitalists,” says Eric M. Siegal, MD, chair of the public policy committee for the Society of Hospital Medicine (SHM). “For the first time, hospitals have a group of physicians they can go to and say, ‘We’re in this together.’ ”

CMS officials say that the payment models being proposed represent several giant steps in Medicare’s move away from being a passive payer to an active purchaser that is driving better quality care. First up in the pipeline is a version of pay for performance in which the CMS would peg hospital reimbursement to not only reporting quality data “which is in effect now “but to actually meeting quality targets and improving performance.

Further out, but definitely on the horizon, is the idea of bundled payments, which the CMS is testing in demonstration projects. Just as insurers now give surgeons bundled payments for episodes of care, Medicare is considering bundling payments for hospitals and physicians for medical episodes as well.

That could open the door for Medicare to authorize some form of gainsharing, whereby physicians could start sharing some of the cost savings they help secure for hospitals. Gainsharing incentives are currently outlawed by the federal government.

The upshot of all the models in the pipeline is an inevitable change in hospitalists’ role. “Enlightened CEOs will see that they have a resource in hospitalists to be real champions for their quality agenda,” says Patrick Torcson, MD, medical director of the nine-member hospitalist program at St. Tammany Parish Hospital in Covington, La. “Our stature is only going to increase.”

What’s at stake?
The proposed programs go beyond incentives now in place by putting many more potential dollars at risk.

Since 2006, Medicare has been holding back a small portion of a hospital’s Medicare update if that hospital doesn’t report quality data on core measures. Under the current pay-for-reporting program, however, hospitals are paid based on whether or not they report, not on how well they perform.

“If a hospital sends all of its MI patients home without aspirin, Medicare will still pay, as long as the hospital reports on its performance or lack thereof,” Dr. Siegal explains. While hospitals stand to lose 2% of their annual Medicare update for not reporting, the current incentive program does nothing to reward better quality care. Medicare is considering switching to what it calls “value-based purchasing,” a pay-for-performance program that Dr. Siegal says could affect up to 5% of hospitals’ total Medicare payments, not just its annual update. Hospitals would earn (or potentially forfeit) that money depending on how well they both meet quality targets and improve over previous years’ performance.

Medicare proposes starting with a small number of measures similar to the core measures “targeting MI, heart failure, pneumonia and surgical infections “that hospitals now report. (Just like the current pay-for-reporting program, Hospital Compare, Medicare would publicly report pay-for-performance data as well.) The measure set would expand in later years to include readmission and mortality rates and patient satisfaction. A hospital’s performance score would be applied to all of that facility’s DRG payments, not just to payments in the clinical area “such as pneumonia “being measured.

“Pay for reporting isn’t an end in itself, but a beginning toward pay for performance,” says Thomas B. Valuck, MD, JD, medical officer and senior adviser for the CMS’ Center for Medicare Management. The value-based purchasing proposal, he says, is nothing less than “a revolution in our payment systems.”

Many details of the proposed program are still up in the air. Medicare hasn’t announced, for instance, whether the money would be held in escrow and paid at the end of the year, or if poor performing hospitals would be paid full value and then fined. But according to the CMS’ budget proposal this summer, the pay-for-performance program is supposed to be budget-neutral, meaning that there will be definite winners and losers.

There are ongoing concerns about whether pay-for-performance measures are relevant and really reflect quality, or if they just shift the financial risk of caring for severe and chronic illness from an insurer to the hospital or physician, says Dr. Torcson, who chairs the SHM’s performance and standards committee.

And some hospitals and physicians are worried that the program may require a cumbersome reporting structure while penalizing hospitals.

Dr. Siegal says that some of those concerns are legitimate. However, he adds, some pushback appears to be just a knee-jerk reaction to new government programs. Because hospitalists are already driven by quality, he notes, they understand the motivation behind the proposal. “It’s a new generation of physicians growing up under a different reality,” Dr. Siegal says.

The value-based purchasing proposal didn’t make it through Congress this summer, in part because it was overshadowed by the proposed physician pay cut. Nonetheless, Dr. Valuck says, the proposal remains in the budget and the CMS continues to advocate for its passage.

According to Dr. Siegal, that’s only a matter of time. “It’s not if but when value-based purchasing is coming.”

Is $30,000 enough?
Already, Dr. Torcson points out, 40% of hospitalist groups have quality incentives in place.

When Medicare puts more performance dollars in play, he adds, physicians should expect their compensation to become less tied to just productivity “how many patients they see “and more pegged to how well their hospital does on core quality measures.

Hospitalists might be seriously motivated, Dr. Siegal says, if they knew $30,000 was at stake in the form of an individual incentive every year.

“With millions of dollars on the table for hospitals,” he adds, “it’s money well spent” to invest in physician bonus pools.

Dr. Torcson adds that the exact dollar amount going to hospitalists would vary by hospital and would be tied to quality targets that each hospital would set. But the potential for additional dollars, he says, could well be enough to attract more physicians to hospital medicine.

Bundled payments “¦
Hospitalists could see their value to the hospital (and, potentially, their compensation) go even higher with bundling, a recommendation made earlier this year by the Medicare Payment Advisory Commission (MedPAC). The commission advised the CMS to prepare the way for paying a flat amount “”bundling” together what are now separate payments for hospitals and physicians “for certain episodes of medical conditions including heart failure and COPD.

A bundled payment would cover an entire episode of care, including during and after hospitalization, to reduce costly readmissions. (The commission recommended defining an episode of care to include 30 days post-discharge.) Medicare is also considering easing gainsharing restrictions to allow physicians to share some of the rewards made possible by higher quality care, more successful handoffs and better care coordination.

Demonstration projects are underway in four states to test the proposed system over the next three years. While hospitalists are not directly involved in these projects now, they could feel the effects over the next few years, particularly when it comes to comanagement and consulting, Dr. Torcson says.

“The bundling projects underway include orthopedic and cardiovascular DRGs,” he explains. “These are patients who will benefit from hospitalists being involved in their care, with a secondary benefit to hospitals of meeting CMS performance targets.”

The proposal raises questions about how much incentives might change behavior and how much new money will enter the system vs. reslicing the existing payment pie. It could work out that hospitals get a lump sum of money, figure out how to divvy it up and tell hospitalists to keep the savings, Dr. Siegal says.

Critics of the proposal say that the theory can go wrong in practice, particularly when it’s up to hospitals to decide how to distribute the money. Other questions include: How can hospitalists ensure that primary doctors will do the right thing once the patient is discharged? What if something happens on day 27 post-discharge for an unrelated medical problem? And could gainsharing lead to gaming, where hospitals or physicians would start scaling back on necessary tests and procedures just to boost their profit margin?

“¦ and beyond
Further down the road is an even more controversial payment proposal in which the CMS would adjust payments to individual doctors based on a “physician resource use” system.

The idea is to reduce the overuse of episodes of care by assessing the performance of one provider vs. another. The CMS would then pay an incentive to those physicians who use resources more judiciously, according to Dr. Valuck. The CMS is now exploring models based on the episodes-of-care concept and began a phased pilot in August 2008.

According to Dr. Torcson, demonstration projects on physician ordering for MRIs and echocardiograms are now in place, facilitated by software that groups the costs of different resources as submitted through Medicare claims. He describes this as a “policeman approach,” one that would challenge physicians to be more thoughtful when ordering tests and coordinating care.

He also raises objections to the concept, citing this example: A patient may have an echocardiogram in her primary care physician’s office and end up in the hospital soon after. If the hospitalist doesn’t have access to the previous test, should he or she be penalized for ordering another?

He acknowledges, however, that it’s very early going for this concept, and he urges his colleagues to keep the following perspective: “Whether you agree or disagree,” says Dr. Torcson, “we keep coming back to the fact that Medicare is going to be bankrupt in 2017. We have to do something.”

For now, savvy hospitalists should look, Dr. Siegal says, at their hospital’s “pain points” in terms of quality and public reporting.

“If you can show the hospital you’re part of the solution to the problem,” he says, “that will be to your advantage.”