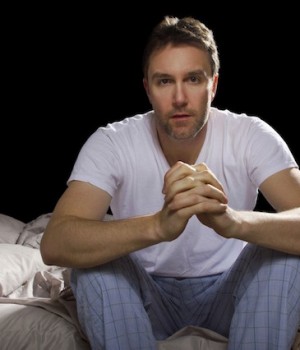 CHIEF FINANCIAL OFFICERS may spend their nights tossing and turning, but not for the reasons most hospitalists think.

“These things you can plan for with a reasonable degree of certainty,” Dr. Harte explained during a session on hospital finances at this spring’s annual Society of Hospital Medicine meeting. Taken together, these potential cutbacks, clawbacks, falloffs and downturns add up to “a fair amount of money” that will “require aggressive expense reduction.” They may also affect hospitalists over the next few years in everything from staffing levels to subsidies.

But even bigger issues are the fundamental changes taking place in health care payment and delivery. Although these changes are not new, “we are seeing a much greater impact when coupled with what’s occurring with health care reform,” he noted. Those changes include health care consumerism, assuming population risk, finding the capital needed for upgrades, managing the cost of debt, and consolidation among providers, specifically how to find the right partners and make those arrangements work.

“The big unknowns include how far insurance exchanges will penetrate into the population, what patients will be willing to pay and how much of that money are you ever going to see,” Dr. Harte said. “Those are keeping your CFO up at night.”

Administrators are agonizing about other issues as well. Will their health system be able to manage risk? Can their physicians standardize care? And how will pricing transparency affect patients’ choices?

And CFOs aren’t the only ones who should be worrying. According to Dr. Harte, physicians should also be prepared to see dramatic changes in their workplace, compensation and even their jobs as hospitals look at the “skills mix” they will need.

“The crystal ball for 2014 doesn’t even work,” he said. “CFOs look into it and it is completely opaque. It’s a scary thing for people who are responsible for the stewardship of a hospital.”

Consumerism
Will hospitals be able to adjust when patients begin acting more like consumers, shopping around for health care services based on price and perceived value?

Right now, CFOs are trying to figure out if their hospital’s services are priced competitively, whether low prices will win the day or if consumers will pay more for “premium” hospital brands, and what services patients will be willing to spend more for. All that is unknown, he said, and the answers may not be what hospitals or physicians want to hear.

Dr. Harte described what the Cleveland Clinic learned from recent focus groups: “Patients may be much more price-conscious than brand-loyal.”

Three-quarters of those interviewed said they would be willing to pay more for cardiac surgery, for instance, but not necessarily for back surgery, hip and knee replacement, MRIs or CT scans, or an annual physical exam.

Because of the Affordable Care Act, more people will have insurance. But most patients with plans through the new exchanges have opted for bronze or silver plans, which come with much higher average annual deductibles than, say, a platinum plan. That means that many more patients will pay attention to costs when deciding what to have done and where to get it, particularly because most communities have enough competition to offer patients a choice.

Another trend that will encourage patients to comparison shop, said Dr. Harte, is “reference pricing,” a strategy that health plans are starting to use to encourage hospitals to reduce prices on more expensive services. Under a reference pricing strategy, an insurer will pay, for instance, no more than $30,000 for joint replacement surgery.

Patients can then choose to get care anywhere they want “but they must pay any costs over $30,000. When researchers studied the effects of reference pricing for knee and hip replacement surgery on members of the California Public Employees’ Retirement System (CalPERS) from 2008 to 2012, they found that business at “value-based facilities” jumped 21% while “non-value-based facilities” experienced a 34% drop-off in CalPERS members’ business.

“A race to Medicare rates”?
Comparison shopping also means that more detailed information about price and quality will be available. According to Dr. Harte, the information that the Centers for Medicare and Medicaid Services is now posting on its Web site about hospital charges and performance is just the beginning. Many private payers are beginning to offer detailed information to their members.

For hospitalists, consumerism means having to “be very conscious that the care we provide is hitting patients’ wallets,” Dr. Harte said.

For hospitals, consumerism means looking very closely at their pricing strategies. CFOs fear it may also mean even more collection problems. While hospitals’ average financial recovery rate runs between 10% and 30%, administrators worry that those percentages will fall “and that the amounts at risk will increase.

“We want to be patient- and customer service-centered organizations, but we really need better methods to collect these first-line dollars from patients, particularly those coming in for emergent procedures,” Dr. Harte said. “The concern is that this is money we may never see.”

Some also fear that this new competition will drive all reimbursement down to Medicare rates. If so, he said, “you almost eliminate cross-subsidization,” where health systems use the higher rates they collect from commercial insurers to offset Medicare’s lower reimbursements.

“The fantastic thing” about the ACA, said Dr. Harte, is that more people will have insurance. “But it comes with a price,” he added. “CFOs are concerned that transparency and patient choices will create a race to Medicare rates, and we will need to manage effectively and quickly to that new reality.”

Managing risk
Another major problem: Hospitals and physicians aren’t yet able to standardize processes and outcomes in a reliable, predictable way. That becomes incredibly important when you are trying to manage risk.

“You set your premiums and budgets based on calculations of known risks, likely outcomes and how much those outcomes cost,” Dr. Harte explained.

Hospitalists can play an important role here. Dr. Harte advised hospitalists to make standardization “a focus within your group,” to measure practice variations and to track outcomes.

One major barrier he sees is that many hospitals lack “sophisticated clinical leadership and management that sets a culture of change management and improvement.” Hospitals need that environment so physicians can talk honestly “and critically “about clinical variations.

“A great challenge for hospital finance teams is the degree of variation,” said Dr. Harte. “They really don’t understand why patients with the same problems have such divergent outcomes. Process standardization is going to be absolutely critical “and it is already keeping your CFO up at night.”

Capital needs and bond ratings
As for nonprofit hospitals and health systems, Dr. Harte said the ability to retain top bond ratings is another major priority. When a hospital’s bond rating drops, it can “mean millions of dollars that have to go to interest payments instead of being saved or used to take care of patients,” he pointed out. Bond ratings are set by organizations like Moody’s and Standard & Poor’s, and they are based on a hospital’s financial performance and long-range forecast.

When CFOs fixate on things like controlling operational costs, it doesn’t mean they are just bean-counters determined to nickel-and-dime their doctors.

“Finance professionals are not bad people,” Dr. Harte said. “Your hospital is striving to manage expenses to maintain its bond rating so it can spend money down the road on ICU equipment, not on debt payments. Things like a hospital’s balance sheet and the amount of cash on hand have real implications for your health system.”

It is also important to understand that the bond market is competitive, he said. Your hospital is competing against others for investors’ money.

Consolidation
Hospital systems have been merging and consolidating like never before, and providers are finding new and better ways to work together. “That wasn’t possible in the past with as clear a focus as we now have on improving quality,” said Dr. Harte.

He also cited a 2006 report from the Robert Wood Johnson Foundation that found that hospital consolidation in the 1990s raised inpatient prices by at least 5%. At the same time, studies suggest that physician-hospital consolidation “at least in the past “hasn’t sufficiently improved quality.

CFOs are starting to realize that effective consolidation has many different components. Hospitals need to choose the right partners in terms of financial strength, capitalization needs, and the ability to spread costs and leverage size. They also have to pay more attention to truly integrating management and consolidating services to better serve their communities and optimize quality. “Many systems,” Dr. Harte added, “don’t yet know how to do this well.”

He also pointed to financial threats that CFOs are dealing with today. The biggest is the fact that a growing percentage of government revenue ” Medicare and Medicaid “is being placed at risk. Hospitals may experience differing levels of Medicare revenue cuts depending on a range of factors, from whether they avoid readmission penalties and meet quality targets to how many of their physicians are employed.

“We are all going to have to start looking very hard at the skills mix in hospitals,” Dr. Harte said. Because hospitals are “heavily labor-dependent,” with potentially 60% of their costs taken up by labor, many will have to cut labor costs.

“That could also mean physicians,” he cautioned. “You cannot get to the kind of savings we will need while also focusing on quality and safety by exclusively targeting lower-skill groups.”

Most cost reductions, Dr. Harte said, will have to come in the form of “consolidation of services, rightsizing the organization’s administrative structure, and making hard decisions about clinical services and location in an integrated system.”