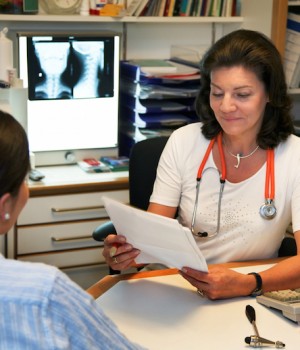 When it comes to what’s negotiable in a job offer, there are items to which even doctor-strapped hospitalist groups will say “no.” Regina Levison, a West Coast recruiter, recalls one physician who interviewed for a full-time job with a private group. But he still had a part-time project he needed to finish up “on another continent. He tried to negotiate having the group pick up the tab for airfare for himself and his family once a month for several months.

“The client said ‘no,’ but the physician ended up working with the group anyway,” says Ms. Levison, president of Levison Search Associates in El Dorado, Calif.

In the overheated job market for hospitalists, it can be difficult for physicians to know exactly how far they can push during negotiations. Compensation keeps growing by leaps and bounds, and so do the perks being offered to hospitalists.

“Nothing is sacrosanct,” says Susan Edson, vice president of New England Health Search, which is based in Orono, Maine. “The common denominator is that everybody is offering more.”

That doesn’t mean, however, that your strategy should be to take whatever you’re offered and demand 20% more. As Ms. Levison’s story illustrates, even hospitalists face some limits in what they can ask for.

Here’s a look at what can “and can’t “be negotiated in today’s job market.

Making the most of compensation
Compensation offers are now caught in a tug-of-war between surging hospitalist salaries “pay has risen 13% in the last two years, according to one recent survey “and the need to maintain parity and goodwill with physicians already in the group.

Geography also plays a part in how much you can negotiate salaries, says Ms. Edson, who represents community hospitals throughout New England. Her part of the country tends to have lower reimbursements than hospitals and groups in the South or Midwest, she reports. While rural hospitals really need to find hospitalists, they are often limited in what they can pay.

“All of a sudden, we’re talking $180,000 in this market just to be competitive,” Ms. Edson says, “and somebody with experience can certainly get more,” possibly up to $190,000. “That’s starting to sound like a lot of money for a staff position. As far as salary, there is not that much wiggle room.”

Ms. Levison notes that geography also plays a role in keeping physicians’ base pay lower on the West Coast. In part, that’s because doctors who want West Coast locations are willing to work for less than they would receive in other parts of the country.

In addition, practice setting affects the range in which compensation can be negotiated. “In an urban or suburban hospital, there is plenty of volume,” which can increase reimbursement, Ms. Levison points out. “That’s often not the case in small or rural communities where reimbursement may be higher but patient volume is lower.”

Another factor that affects your room to negotiate salary: the size of the practice or program. Generally speaking, say recruiters, the smaller the group, the easier it is for a practice to be creative with compensation, benefits and scheduling.

Sweetening the deal
The good news is that even practices that don’t have a lot of leeway in terms of salary can find ways to sweeten the pot. Recruits can negotiate more in terms of a signing bonus “an incentive, recruiters say, that you need to ask for and not expect to be automatically offered.

Or candidates can increasingly negotiate a healthier-than-usual relocation package, allowing them to cover their relocation expenses and sometimes pocket the difference. “That’s an area,” Ms. Edson points out, “where groups can become creative for sure.”

Even a group that has not historically paid its physicians a signing bonus might offer one if the group is suddenly caught short-staffed. While the doctors already there may not have enjoyed the same sign-on bonus, they’ll probably be more than amenable to doing whatever it takes to get a doctor on board quickly.

Likewise, those same physicians won’t mind if a new doctor is paid a bit more generously to take a larger share of night shifts. That’s why recruiters offer the following advice: If you’re feeling hemmed in by what’s been given to the other physicians in the group, take note of any special circumstances “the hospitalist who’s already given notice to take a pulmonary fellowship, for instance “and use it to your advantage.

A new twist on loans and mortgages
Another area where hospitalist programs may put together a better package is student loans.

According to Ms. Edson, loan repayment has become a “very important incentive tool” throughout New England and one that is changing.

Historically, she says, clients paid a physician’s loans for only three or five years, as long as the doctor was still working there. “Now I’m hearing, ‘We will pay back all your loans for as long as it takes, as long as you stay here,’ which I didn’t hear even two years ago.”

One of her clients even goes so far as to pay all of a physician’s school loans in one lump sum at the very beginning of a contract. But that, she says, is rare.

And while help with a mortgage is another perk that is growing in popularity, not every practice can offer it. Ms. Edson says that because her clients are hospitals and not private groups, they are constrained by the Stark anti-kickback regulations from offering potential employees help with a new or existing mortgage.

Problems selling homes, says Ms. Edson, are having a growing impact on hospitalist recruiting. Physicians looking to relocate are finding that they can’t sell a house in the area they wish to leave, and they certainly don’t want to carry two mortgages. On the flip side, Ms. Levison points out that the down economy may be a good opportunity for physicians to get into a high-priced housing market “like the West Coast “with a more reasonable mortgage.

Non-competes and tail coverage
Recruiters give different reports on whether non-compete clauses (in those states where they are enforceable) can be negotiated.

According to Ms. Edson, her hospital clients have template contracts in which non-competes can’t be negotiated away.

But other recruiters say that some practices “particularly larger ones “may start out offering candidates a standard contract. But the groups may consider changing the terms, by either dropping the clause up-front or agreeing to rescind it after a certain number of years of service.

Another item to consider negotiating for is tail coverage. Many hospitals and groups now offer tail coverage as a recruiting incentive. But if you’re leaving a practice that does not offer tail coverage, ask your potential employer or group if it would contribute. To seal the deal, groups may either pay all the tail of the practice that you’re leaving; pay a portion of it, leaving you to pay the rest; or give you a salary advance to help you to pay the tail up-front.

Negotiating tips
While recruiters encourage physicians to get the best package possible, they also point out that some styles of negotiating definitely raise a red flag. Even groups desperate for hospitalists shy away from a physician who, for instance, wants to rewrite every detail in the job offer. Some styles of negotiating, recruiters say, are so aggressive that recruits come off as paranoid, greedy or high-maintenance, and even under-staffed practices will pull a job offer off the table.

Remember too, says Ms. Edson, that “it’s never smart to ask for things in the first interview.” Your first visit should be a meet-and-greet and a fact-gathering mission, she adds. Start discussing bonuses and other items after that first visit, and wait for the group or employer to mention terms first.

When you’re having an attorney look over a contract, be sure to negotiate enough time to get a response. “A job offer may require you to respond within 10 days,” Ms. Levison explains. “If that’s not long enough to have the contract reviewed by your attorney, arrange an extension.”

Ms. Levison offers another cardinal rule about negotiating terms: Go to the well only once.

“When you keep coming back a third or a fourth time with more changes you want, the practice feels like its being nickeled and dimed,” she says.

Every time you want to renegotiate, that request has to be vetted and discussed within the practice and with its attorneys. “Groups don’t appreciate that.” Instead, Ms. Levison says, “make one list of items you want to negotiate and do it at one time.” She has seen groups that, after being subjected to too many negotiating cycles, just “wash their hands and withdraw the offer.”

For more, read Too much attention to the bottom line—or too little?