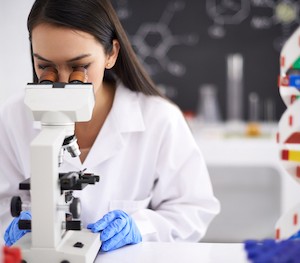 THE AMERICAN COLLEGE OF CARDIOLOGY’S annual meeting earlier this year produced this dramatic headline: A prospective study of the use of genetic testing to guide early warfarin dosing found that patients in the test group (compared to an historical control) had 29% fewer hospitalizations for either bleeding or thromboembolism.

A spokesperson for the trial’s sponsor, Medco Research Institute, claimed that eliminating two hospitalizations per 100 patients tested would more than make up for testing costs. According to a press release, the study, which recruited nearly 900 patients just starting warfarin therapy, was the nation’s first comparative effectiveness study looking at the use of genetic testing for warfarin dosing.

But it certainly won’t be the last. Around the country, hospitalist researchers are gearing up to answer these questions: Does genetic testing for warfarin sensitivity improve patient outcomes? And is genetic testing cost effective in terms of offsetting the price of tests through fewer hospitalizations, follow-up visits or readmissions?

Payers will be waiting for results to see whether they should cover genetic warfarin testing. (Neither Medicare nor most private insurers now pay for testing.) And doctors will learn whether they should hold off starting warfarin until patients’ genetic test results are in.

Ongoing research
In 2007, warfarin became the most widely used drug with packaging that included genetic testing information. While the FDA hasn’t endorsed the use of such tests, the drug label points out that variations in two genes may either help patients metabolize the drug more effectively (so dosing can be reduced), or produce the blood-clotting agent the drug works on, making a higher dose necessary.

Twelve sites around the country are now enrolling more than 1,200 patients for the COAG study, a four-year trial sponsored by the NIH. At University of California, San Francisco (UCSF), hospitalist Margaret Fang, MD, MPH, who directs the UCSF anticoagulation clinic, is the COAG study’s lead investigator for that site.

David Meltzer, MD, PhD, a hospitalist researcher and section chief of hospital medicine at the University of Chicago, reports that his institution has begun a trial sponsored by the Agency for Healthcare Research and Quality. That trial, which seeks to enroll about 200 patients at two Chicago-area hospitals, will “like the COAG study “look at genetic testing’s impact on warfarin outcomes and costs.

However, Dr. Meltzer points out that his trial and the COAG study have some key differences.

Patients will be randomized to receive dosing information based on clinical algorithms or clinical and genetic algorithms. Patients’ physicians will then decide how to use those recommendations.

“There is a whole series of steps in translating the biological knowledge that genes play to an ultimate set of policies and clinical interventions that actually make people better,” Dr. Meltzer says. “That’s the real challenge.”

Many risk factors
Right now, Dr. Fang points out, the genetic test for warfarin costs about $200, which could come down substantially. But another obstacle may be even bigger: Not all medical centers can perform rapid-turnaround genetic testing.

“For average doctors who usually want to start Coumadin right away, they don’t want to wait,” she says. “Adding an extra day or two to the hospital stay waiting for results would be a potential disincentive.”

Physicians would obviously have a strong incentive to wait if research finds that genetic testing dramatically reduces hemorrhages. But if results indicate that using genetic tests to guide early dosing prevents only one additional dose change in patients’ first few weeks on the drug, says Dr. Fang, that probably wouldn’t be enough of an incentive to change clinical practice.

She adds that while the spotlight is currently on the role that genes play in warfarin metabolism, many other factors besides dosing affect control and hemorrhage risk. Those include patient compliance with medications, whether patients have follow-up appointments and blood monitoring, and whether they’re taking other medications or have other conditions that promote bleeding.

“Patient education and effective transitions of care and follow-up may be more important than finding the exact warfarin dose right at the start,” Dr. Fang says.

Dr. Meltzer echoes that assessment. “In many ways,” he says, “the smallest part of this may be that little test.”

Drugs in the pipeline
Then there is what Dr. Fang calls this potential game-changer: the development of direct thrombin inhibitors, such as dabigatran, that the FDA should be reviewing within the next year or two. That could spell the end of warfarin’s dominance as an anticoagulant.

“I may be sabotaging my own study,” she says, “but there’s great anticipation about dabigatran.” Many current warfarin users may migrate from that drug to a therapy that wouldn’t require INR monitoring and dose adjustments.

“That will reduce the impetus to even need to use genetic testing,” Dr. Fang says.

IF YOU’VE READ THE CONSUMER PRESS in the last 15 years, you know that “personalized medicine” is considered to be the future of medicine.

The idea is simple: Patients receive therapies tailor-made to their individual genetic makeup and risk factors. But the reality is that personalized medicine based on genotyping hasn’t made many therapeutic inroads.

There are a few exceptions. Colon cancer patients taking the chemotherapy agent irinotecan, for instance, receive genotyping for susceptibility. Genetic testing is also used to assess HIV patients’ resistance to certain antiretrovirals.
And last October, the Scripps Health System in San Diego sent out a press release, claiming to be the first U.S. health system to deploy genetic testing for coronary stent patients. That testing is being used to tailor therapy based on those patients’ response to clopidogrel, which is affected by genetic factors.
But routine genotyping for clopidogrel response isn’t widespread, and personalized medicine may prove to be too expensive.

“We have to think about what’s the value of health care,” says Margaret Fang, MD, MPH, a hospitalist researcher at the University of California, San Francisco. “The big missing piece on personalizing therapy is whether or not you actually reap any benefit from it.”