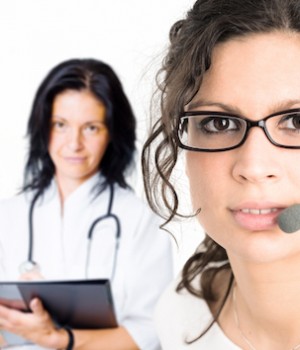 IN A BID to reduce preventable readmissions, one hospital has opted for a high-tech but simple solution that involves audiotaping nurses’ discharge instructions to patients.

At Cullman Regional Medical Center in Cullman, Ala., hospitalists document those complete instructions. When nurses sit down to educate patients about the instructions, they take the additional step of audiotaping the sessions and uploading the recordings to the cloud.

Patients then receive a password-protected login so they and family members can access their instructions after discharge as often as they’d like via phone or online. Patients can log into their recorded instructions for 30 days; hospital personnel can access recordings indefinitely.

Many of the recordings are uploaded within a disease-specific template like heart failure or pneumonia. The hospital then populates patients’ individual “site” with informational videos, educational material and even videos of their physicians “including hospitalists “discussing their hospitalization and particular medical condition.

The “Good to Go” program, as the manufacturer of the recording software has dubbed it, has helped reduce readmission rates by 15%, explains Cheryl Bailey, RN, MBA, the hospital’s chief nursing officer and interim CEO. “For us,” she adds, “it’s been a home run.”

How it works
For several years, Cullman Regional has used a wireless system marketed by the San Jose, Calif.-based company Vocera communication within the hospital. Clinicians wear a “badge” they can activate by voice to contact any other clinician or department in the hospital.

According to Ms. Bailey, Vocera contacted the hospital in 2011 to see if it would participate as a beta site to test an entirely different product: recording and storage software. That software went live in October 2011, giving patients remote access to their discharge-instruction recordings by phone. Online access was put in place eight months later.

As Ms. Bailey points out, hospitals don’t need any other Vocera products to utilize the recording software, and the recording system works on any Apple product. At Cullman Regional, the hospital decided to go with iPod Touch devices to make the recordings.

“The iTouch devices were inexpensive,” Ms. Bailey says. “I keep only two or three on each nursing unit of 31 beds, so you don’t buy one for each nurse.” The devices are kept with each unit’s charge nurse. Before nurses begin a patient’s discharge teaching, they obtain a device, enter their username and password, and find the patient’s name listed.

“They then go in the room and tell the patient, ‘I’m going to record your discharge teaching so you or your family can log in and hear this conversation as many times as you need to at home,’ ” Ms. Bailey says.

Patients still receive a hard copy of all their discharge instructions. And when hospital staff put patients’ cellphone number or e-mail address into its system, patients receive an alert to their online “link.”

“We are seeing about a 75% pick-up rate,” says Ms. Bailey. Only rarely, she adds, do patients refuse to allow their session to be recorded, usually because they’re in a hurry to leave and afraid the recording will somehow slow down the instructions. So far, the hospital has “lost” only one iTouch device.

A boost in satisfaction scores
Hospital personnel can keep track of which patients access their recordings and how often. When they see a patient or family member making repeat calls or online visits for discharge instructions, they give that patient a call to make sure he or she doesn’t have any questions.

Before the software went live, nurses worried that the recordings would eat up too much time in an already packed schedule. But picking up a device and explaining the recording process to patients adds only two or three minutes to each discharge, Ms. Bailey says.

Nurses were also concerned that recording their discussions with patients could raise their risk of liability. Instead, she points out, nurses realized that making the recordings improved the quality of their discharge instructions.

“I think that comes down to accountability,” Ms. Bailey explains. “The nurses know that both I as chief nursing officer and their director can randomly listen to the recordings, so they do a more thorough job.”

Nurses also report that patients pay closer attention to their discharge instructions now that a recording is being made.

“There are two questions on the HCAHPS survey that focus on the discharge process,” she notes. Comparing hospital scores on those two questions from one year before implementation to one year after, “we found a 62% and a 63% increase.”

Expanded recording options
The hospital is now considering how to post recordings of other sessions beyond discharge instructions.

Giving patients the ability to listen repeatedly to recorded discussions with doctors after endoscopy or surgery, for example, would be a big plus. The same would be true of patients’ conversations with hospitalists or nurse practitioners.

“The challenge has been that physicians are so busy, they don’t really have time to get the device, log in and remember to hit ‘record,’ ” Ms. Bailey points out. The hospital is considering how to make a nurse available when a doctor is about to initiate a discussion with a patient and have a device ready. “But I don’t have a spare nurse just to handle that,” she says, “so we’re trying to figure out that workflow.”

Ms. Bailey also sees value in recording sessions with respiratory therapists, for instance, to educate patients on how to use an incentive spirometer. And the hospital plans to give primary care physicians login information “so they can hear what was said or done in the hospital to make for a smoother transition.”

Last year, the hospital also began recording conversations between case managers and patients going to post-acute care. Patients and family members receive login information to not only access those recordings, but also information the hospital posts on each particular nursing home.

Nursing homes are also now able to access recorded instructions for patients as they arrive from Cullman Regional. “We’ll continue to expand ‘Good to Go’ into a portal,” Ms. Bailey explains, “giving each nursing home its own individual access to see the information of patients in its queue.”