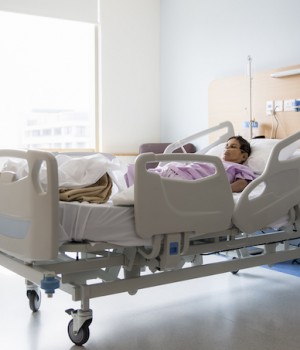 WHEN IT COMES TO mechanical ventilation, strategies to wean patients off the ventilator sooner and to impose “sedation vacations” have received high profiles. After all, both interventions were part of the so-called “ventilator bundle” in the 100,000 Lives campaign waged by the Institute for Healthcare Improvement.

According to Timothy Girard, MD, an intensivist at Vanderbilt University Medical Center in Nashville, many ICUs have implemented protocols designed to assess ventilated patients’ ability to breathe on their own. However, less than half of the ICUs in the U.S. have forged ahead with the second intervention: daily sedative interruptions (also known as spontaneous awakening trials), a tactic that until now has been the subject of only one study.

That lack of implementation may be about to change. Last month, Dr. Girard was the lead author of a study published in the January 12, 2008, issue of The Lancet that tested, for the first time, a paired sedation and ventilator weaning protocol that included both spontaneous awakening and spontaneous breathing trials to gauge the impact on patient outcomes.

For more information on working in the ICU, check out our recent article: The five most common errors in the ICU.

The results were impressive. In the Awakening and Breathing Controlled (ABC) trial, patients in the intervention arm “managed with the paired “wake up and breathe” protocol “spent three fewer days on the ventilator and less time in the CU (9.1 days vs. 12.9) than patients in the control group. The control group received sedation per usual care and daily spontaneous breathing trials.

Intervention patients also had reduced lengths of hospital stay (14.9 days vs. 19.2) and lower one-year mortality. “For every seven patients treated with the intervention,” the authors wrote, “one life was saved.”

Under-estimating sedation
The wake up and breathe protocol was tested in more than 330 patients at four ICUs across the country. More than half of those patients were enrolled in the medical ICU at Saint Thomas Hospital in Nashville, a community hospital with an open ICU partly staffed by hospitalists.

Updated strategies: a review of evidence-based practices for ARP and ARDS

All patients were assessed daily to see if they could pass a series of breathing screens, including one on adequate oxygenation. Those who passed were given a spontaneous breathing trial with little or no ventilator support.

Half of the patients were also screened to see if they could have their sedatives turned off and were then monitored for up to four hours. According to the authors, the two-pronged approach dramatically improved outcomes and should become “routine practice” in ICUs.

But Dr. Girard admits that there are still stumbling blocks to daily sedation vacations, which he hopes the study will help remove. “The status quo for several decades has been to use moderate or even heavy sedation,” he points out.

“Among practitioners, there is still a considerable amount of concern with regard to the safety and tolerability of turning a patient’s sedation off.”

There is another problem, even among physicians and nurses who buy into using less sedation, he says. Many are convinced that they’re giving patients only mild sedation, so low, in fact, that daily interruptions aren’t needed.

But there is “good evidence,” Dr. Girard says, that practitioners routinely under-estimate the amount of sedation they use. “One way to ensure that patients aren’t being over-sedated is to simply turn their drugs off once a day.”

Letting patients lead the way
According to Dr. Girard, studies have likewise firmly established that ICU staff aren’t very good at predicting when patients will be able to breathe on their own.

“The only way to find out is to let the patient tell us during a closely monitored trial,” he says. “We find that the same approach holds true for sedation.”

And patients who fail a spontaneous awakening trial should have sedatives turned back on. But “we found that only 5% of all patients who had their drugs turned off showed signs of pain, agitation or anxiety,” Dr. Girard points out. “Only a very small number were uncomfortable.”

A streamlined process
Another hurdle is getting nurses, who typically control the flow and dosing of sedatives, and respiratory therapists, who manage the ventilator, to work in tandem.

“The protocol is designed to address the fact that these two processes “management of sedation and the ventilator “are often not coordinated, even though one dramatically affects the other,” says Dr. Girard.

The protocol sets standards for nurses to screen ventilated patients in the morning, turning off their drugs if they meet safety criteria. “Then the respiratory therapist evaluates the patient according to the criteria for a breathing trial,” he explains. “All of that should be a uniform, streamlined process.”

Delirium and other effects
The authors also looked at the number of days that patients in both groups were delirious or comatose. “For all patients, there was no difference in the amount of time patients were delirious,” Dr. Girard says. “That surprised us a bit.”

While the sedation vacations may have reduced drug-induced delirium, he explains, “the amount of delirium caused by the critical illnesses themselves may be too pronounced to overcome the difference with one intervention.” Patients in the intervention arm did, however, spend fewer days comatose. Dr. Girard and his colleagues in Vanderbilt’s ICU delirium and cognitive impairment study group are planning new trials that will include the wake up and breathe protocol among other novel interventions.

While the protocol made no impact on delirium, Dr. Girard says his practice has definitely changed, as has that of many colleagues at Vanderbilt.

“More than half the intensivists use this protocol or this approach,” he says. While he and his fellow authors haven’t yet moved to have the protocol adopted by the institution. That may change, now that the study has been published.