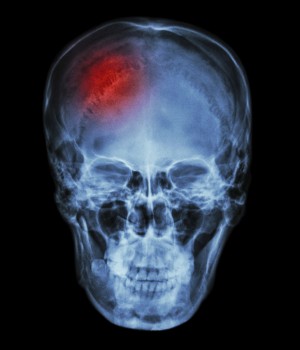 JUST AS WITH surgical and endovascular procedures, how many stroke patients your hospital and physicians treat has a big impact on patient outcomes.

That’s according to a new study, which looked at data from 50 medical centers throughout the U.S. The authors compared patient outcomes of the 12 centers with the highest number of patients enrolled in the study to 38 centers with the lowest number enrolled.

LAST MONTH, the Health and Human Services department reported that the rate of hospital-acquired conditions fell 17% between 2010 and 2014.

That translates to 2.1 million fewer hospital-acquired conditions over that four-year period, as well as 87,000 fewer deaths and a savings of $19.8 billion in health care costs.

The data, which were published by the Agency for Healthcare Research and Quality, noted that the rate of central line-associated bloodstream infections over that timeframe also fell significantly.

According to coverage of the report from MedPage Today, however, rates of inpatient falls remained the same over those four years, while the rates for all hospital-acquired conditions leveled off in 2013 and did not fall further in 2014.

THIS YEAR’S MEDICAL EDUCATION ISSUE from the Journal of the American Medical Association (JAMA) contained some bad news: More than one in four residents show signs of being depressed, a trend that’s getting worse.

A new meta-analysis included more than 50 studies published over more than 50 years. The pooled prevalence of depression or depressive symptoms was 28.8%, although rates in individual studies ranged from 20.9% to 43.2%, depending on the scoring system used. The authors also found that the prevalence of depression among residents is increasing each year. The study was published in the Dec. 8 issue.

Almost half depict supervising doctors as monsters and the students themselves as zombies. “Surgeons in particular were singled out for horrific behavior,” the authors wrote, “appearing as devils, demons, and even land sharks presiding over their dark confines with aggression and violence.”

WHAT DO QUITTING SMOKING and maxing out your IRA have to do with incentivizing doctors to provide better care? If you want to motivate people to change, you need to consider behavioral economics, according to a new piece published in the Nov. 24 issue of Annals of Internal Medicine.

The authors lay out nine factors of incentive design and delivery that affect behavior and incentive success. Those include immediacy, choice overload, loss aversion, inertia or bias toward the status quo, willpower limits, and relative social ranking.

“Efforts to reform physician payment have assumed that physicians are rational,” the authors write, but “human behavior is not always rational.”

WHILE EVIDENCE doesn’t support aggressively treating asymptomatic hypertension in the hospital, a retrospective study suggests that using IV antihypertensives to treat patients with modest blood-pressure elevations may be widespread.

DISCONTINUING INHALED CORTICOSTEROIDS reduces COPD patients’ risk of developing serious pneumonia by 37%, a new study finds. Researchers analyzed insurance data for COPD patients in Quebec who were treated with inhaled corticosteroids between 1990 and 2005.

Over that time, the authors found that nearly 104,400 COPD patients were taking inhaled corticosteroids. More than 14,000 (13.6%) of those patients developed a serious pneumonia event (defined as a first hospitalization or death from pneumonia) over 4.9 years of follow-up.

“Risk reduction was particularly marked with fluticasone,” the authors wrote, “but less so with budesonide.” Commenters noted that as many as 85% of COPD patients receive inhaled corticosteroids.

WHEN IT COMES TO 30-day care episodes, the big difference between low- and high-cost hospitals often comes down to post-discharge care.

Researchers analyzed the 2014-15 publicly-reported Medicare spending per beneficiary data for 3,200 hospitals. Those data look at the costs of episodes beginning three days before an admission and ending 30 days after. Results were published online in November by JAMA Internal Medicine.

Thirty-eight percent of post-discharge costs went to SNFs, the authors noted, while 30% were chalked up to readmissions. The average total cost of a 30-day episode was $18,247.

A NEW FINAL RULE issued late last year by the Centers for Medicare and Medicaid Services (CMS) will require hospitals in many parts of the country to be paid via bundled payments for knee and hip replacements, beginning April 2016.

Those payments will cover an episode of care that will begin when patients are admitted for a joint replacement and end 90 days post-discharge. According to a CMS press release, joint replacements are the most common procedure that Medicare pays for, with prices ranging per procedure from $16,500 to $33,000. Quality is also highly variable, with some facilities having more than three times the number of complications and implant failures than others.

Under the new rule, hospitals in 67 metropolitan areas across the country will be at financial risk. The CMS intends to assess hospitals’ performance on quality and cost, giving some facilities additional payments and penalizing others.

Time to take a closer look  at direct admissions?

A GREAT DEAL OF RESEARCH has analyzed hospital discharges to improve care transitions and quality. But a new study makes the case that the same effort should be brought to bear on direct admissions to determine best practices for that care transition.

A NEW META-ANALYSIS that looked at randomized data on transitional care interventions for heart failure patients has found that intensity and duration of interventions have a big impact.

In the November/December issue of the Annals of Family Medicine, Canadian researchers assessed the effect of transitional-care interventions on readmission rates and ED visits after discharge among heart failure patients. The authors found that interventions cut the rates of readmissions and ED visits by 8% and 29%, respectively.

And low-intensity strategies with only telephone or clinic follow-up were found to not be effective. “It is therefore essential,” the authors wrote, “to provide individualized transitional care interventions to patients, and to triage patients for high-intensity or moderate-intensity intervention.”

THE NUMBER OF clinical trials funded by the National Institutes of Health (NIH) is on the decline, while the number of industry-funded trials is rising sharply. That’s the conclusion of a new research letter that looks at 2006-14 data from ClinicalTrials.gov.

Over that period, the number of trials doubled from 9,321 to 18,400. The number of industry-funded trials rose 43% while the number of NIH-funded trials fell 24%. Other funding categories in ClinicalTrials.gov include “other U.S. federal agency” and “all others.” In 2006, other U.S. federal agencies funded only 2.8% of the trials registered, an amount that fell more than 26% by 2014. However, the number of trials from “all others” “which includes non-U.S. government agencies, universities and organizations “rose more than 225% in 2006-14. Among a sample of those, the majority of funders (71%) were not from the U.S.

The authors noted that the results indicate that research is a global enterprise. Between 2006 and 2014, NIH funding dropped 14%. Results were published in the Dec. 15 issue of the Journal of the American Medical Association.

THE USE OF medical scribes in health care is growing rapidly as more doctors look to offload electronic documentation. But the scribe industry has no regulation or licensure and very few standards, and only one-third of scribes seek voluntary certification.

An article published last month by Kaiser Health News states that 15,000 medical scribes are now working in the U.S., a figure that one scribe company predicts will hit 100,000 within five years.

At least 20 companies provide scribes, all with wide-ranging standards. One company prefers to hire only pre-med, nursing or EMT students with at least two years of college, while other companies look only for a high school diploma. The time allotted to training and to supervised hours also varies widely.

The article also pointed out that some scribes “particularly those working in small and busy EDs “face pressure to enter electronic orders.