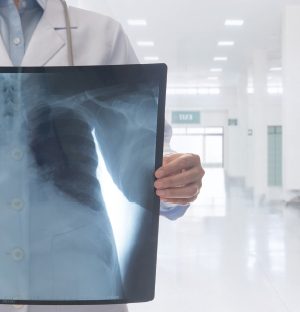 JUST IN TIME for this winter’s pneumonia and flu seasons, a rash of recently released guidelines can help streamline your care of patients with lung infections.

Probably the most anticipated among those were last fall’s revised guidelines on community-acquired pneumonia (CAP). The guidelines, which were the first updates issued since 2007, ushered in some major changes in CAP diagnosis and treatment, explained Jennifer Babik, MD, PhD, professor of infectious diseases at the University of California, San Francisco (UCSF). Dr. Babik gave a presentation on lung infections at last fall’s UCSF management of the hospitalized patient conference.

First, the revised guidelines put the final nail in the coffin of the concept of heath care-associated pneumonia (HCAP). When deciding what antibiotics to give patients with pneumonia, physicians for years were supposed to first determine whether that pneumonia was linked to some other health care setting, such as a previous hospitalization, nursing home or dialysis center. 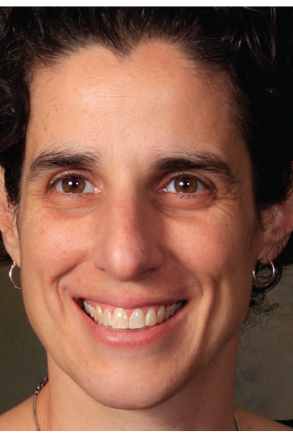 But no more. Instead, the revised guidelines—issued by the Infectious Diseases Society of America (IDSA) and the American Thoracic Society and published in the Oct. 1, 2019, issue of the American Journal of Respiratory and Critical Care Medicine—divide patients into either nonsevere or severe CAP. (See “CAP categories.“) As for when to expand antibiotic coverage, the guidelines now recommend that doctors figure out whether patients have been exposed to methicillin-resistant S. aureus (MRSA) or Pseudomonas aeruginosa.

The updated guidelines also expand indications for sputum and blood cultures. That recommendation comes despite the recognition, said Dr. Babik, that “cultures are low-yield, don’t often change outcomes and risk a lot of false positives.”

They can, however, help improve your choice of antibiotics. To further help doctors make that choice, the guidelines include this strong recommendation, she noted: “Understand your local epidemiology within your hospital.” Dr. Babik also shared important new guidance for hospitalists treating hospital-acquired pneumonia (HAP) and influenza.

According to Dr. Babik, the 15-year-old category of HCAP has been dying a slow death. That’s because clinicians realized that chasing HCAP led “to a lot of increased use of antibiotics without better outcomes.”

In terms of sputum and blood cultures, the revised guidelines recommend ordering those not only for patients with severe CAP, but also “if you are concerned patients could have MRSA or Pseudomonas, or if you are treating them empirically for one of those.” Cultures are also indicated for patients who’ve had one of those infections within the past year or have been hospitalized and on IV antibiotics within the past 90 days.

The updated guidelines also strongly recommend administering empiric therapy regardless of patients’ initial serum procalcitonin measurement. As the guideline authors point out, no procalcitonin cut-off can sufficiently distinguish between viral vs. bacterial CAP.

“If a patient has confirmed CAP, can you use a procalcitonin level to withhold antibiotics?” Dr. Babik said. “The guidelines strongly recommend that you do not.”

The guidelines also wade into this controversy: Should you order steroids for CAP patients? The recommendation is against routinely treating CAP patients with steroids; that recommendation is particularly strong and backed by high-quality evidence in nonsevere CAP, although it also holds for many severe CAP cases, she said. Exceptions for severe CAP include patients in septic shock or with comorbidities like asthma or COPD.

Fortunately, she noted, the guidelines now put “less emphasis” on treating these patients with two antibiotics to cover for Pseudomonas. Adding pseudomonal coverage is warranted, however, “if more than 10% of your local gram-negative rods are resistant to monotherapy or if patients have a high risk of mortality. Use your clinical judgment.”

The guidelines also recommend that doctors treating VAP patients in the ICU should opt for semi-quantitative endotracheal aspirate testing, not more invasive methods such as bronchoalveolar lavage (BAL) or mini-BAL. “There is no difference in outcomes whether you look at mortality, ICU days or ventilation between those strategies,” Dr. Babik said. “It’s much easier and requires less resources to just do an endotracheal aspirate.” Both are about 75% sensitive.

But the guidelines’ real practice-changer: HAP and VAP patients should probably be treated for only seven days, no matter the pathogen.

“If I have a patient with a really bad Pseudomonas pneumonia, I’m still probably going to lean toward 14 days, and most people will more likely give 14 to 21 days if you have a bad MRSA pneumonia,” Dr. Babik said. But “for standard HAP and VAP, we’re usually doing seven-day therapy.”

What antibiotics to use?
Empiric treatment for HAP and VAP should include antibiotics that target S. aureus, Pseudomonas and gram-negative rods.  But doctors need to choose that therapy with “patients’ risk for multidrug-resistant pathogens and local resistance patterns in mind,” Dr. Babik said.

With HAP, the biggest risk factor for a multi-drug resistant organism is receiving IV antibiotics in the last 90 days. That’s also a risk factor for multidrug resistance in VAP, as is septic shock, ARDS, spending five days or more in the hospital, and having acute hemodialysis or continuous renal replacement therapy. If the epidemiology in your hospital shows that more than 20% of local S. aureus is MRSA, add MRSA coverage.

By understanding local resistance patterns, Dr. Babik said her hospital recently learned that adding an aminoglycoside-type antibiotic rather than a fluoroquinolone resulted in little benefit.

“We actually changed our algorithms,” she pointed out, “to preferentially use fluoroquinolones as our second drug.”

As for patients who you suspect may have MRSA pneumonia, Dr. Babik cautioned against relying on blood cultures to decide if patients don’t need vancomycin or another anti-MRSA drug.

“In studies, only between 5% and 10% of patients with MRSA pneumonia are also bacteremic,” she explained. “So blood cultures alone aren’t enough to make the decision to stop the vanc.”

What can be useful is a MRSA nasal swab, something every hospitalized patient in California now receives, Dr. Babik said. While the swabs can’t predict if a patient will develop MRSA, “a negative swab within seven days has a very high negative predictive value. You can really use it to de-escalate.” In addition, negative nasal swabs can help clinicians decide to not start vancomycin in the first place if a patient is stable.

New influenza guidelines published in the March 15, 2019, issue of Clinical Infectious Diseases advocate for both more aggressive antiviral use and more aggressive testing. Dr. Babik believes both those strategies are long overdue.

That means that hospitalists should be more willing to treat patients with empiric oseltamivir—particularly because it can be very difficult to diagnose flu, she noted. In elderly patients, for instance, only 35% have a fever, “so you cannot use fever alone to determine whether someone has flu or not.”

Moreover, deciding a patient doesn’t need to be treated for flu because she received a flu shot is also wrong. Vaccine effectiveness, Dr. Babik reminded her audience, is usually between only 40% and 50%.

“The CDC and the IDSA both say to not use a history of vaccination to determine whether to treat,” she said. Also, don’t rely on a negative rapid antigen test— the one most commonly used in clinics and emergency departments—to rule out patients for flu treatment. Molecular assays, which are about 95% sensitive and specific, should instead be the tests of choice.

Professional societies recommend testing any inpatient who develops an acute respiratory illness without an alternative diagnosis for flu. Also test immunocompromised patients with undifferentiated fever and those with worsening respiratory illness or chronic cardiopulmonary disease.

Most patients should receive oseltamivir, even if they come to the hospital days after first developing symptoms. (Peramivir is an IV option.) Even though “earlier is better” in terms of oseltamivir treatment, she said that later treatment still results in a mortality benefit, even five to seven days into the illness.

And given that earlier is better in terms of oseltamivir, Dr. Babik said that hospitalists should not delay that treatment while waiting for lab confirmation of flu. “Treat all inpatients with flu irrespective of the duration of symptoms,” she recommended. “Treat early and empirically.”

You can consider pneumonia to be severe CAP if a patient in is in the ICU or close to it.

Nonsevere CAP is defined as pneumonia acquired outside the hospital in patients who are not immunocompromised nor have traveled abroad recently. Patients with severe CAP, on the other hand, must meet either one major or three or more minor criteria among the following:

As Dr. Babik explained, previous guidelines differentiated between CAP severity based on whether or not a patient was in the ICU.

“The revised guidelines recognize local practice differences in terms of who goes to the ICU when,” she pointed out. “But if you don’t have time to go through all these criteria, you can consider pneumonia to be severe CAP if a patient in is in the ICU or close to it.”

Aspiration pneumonia is the second most common diagnosis in hospitalized Medicare patients, and it “carries a risk of mortality four times greater than other types of pneumonia,” said Jennifer Babik, MD, PhD, professor of infectious diseases at the University of California, San Francisco (UCSF), during a presentation on lung infections. Aspiration pneumonia also accounts for between 5% and 25% of all community-acquired pneumonia (CAP) cases—and while the incidence among patients with hospital-acquired pneumonia (HAP) has never been studied, “it’s probably high. We just don’t know.”

Historically, aspiration pneumonia meant infection with anaerobes, but such organisms now account for fewer than 20% of cases. More commonly, the associated bugs are S. pneumoniae, H. influenzae, enteric gram-negative rods and, in severe cases, S. aureus. That means that you don’t need to pick antibiotics that have broad anaerobic coverage most of the time.

“Choose antibiotics that have oral anaerobic coverage, which is most beta-lactams,” said Dr. Babik. You need to escalate to cover gut anaerobes only when you suspect a lung abscess or empyema or “if someone is really sick and you don’t feel you can afford to miss it.”

Empiric therapy choices for aspiration pneumonia include ceftriaxone, ampicillin/sulbactam, moxifloxacin or ertapenem, and vancomycin in cases of severe disease.