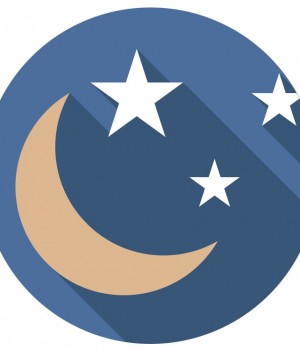 IT’S A TRUISM of modern medical care: The last place a sick person would want to try to get some rest is in a hospital with all its hallway chatter and 4 a.m. blood draws. But even given the ambulance sirens and helicopter landings, hospitalists could be doing much more to ensure that sleep in the hospital isn’t impossible to get.

Moreover, not only can hospitalists do something, they should. According to University of Chicago hospitalist Vineet Arora, MD, MAPP, an expert on how to improve inpatient sleep, a growing body of research has delineated the scope of the problem and the health effects of sleep deprivation, as well as evidence-based best practices.

Improving inpatient sleep is no longer just about patient experience, said Dr. Arora during a presentation at this spring’s annual meeting of the Society of Hospital Medicine (SHM). “Poor sleep,” she said, “as measured in the inpatient setting, might be a novel marker of long-term consequences.”

“Poor sleep, as measured in the inpatient setting, might be a novel marker of long-term consequences.”

In a study they published in the November 2011 issue of the Journal of the American Ge riatric Society, Dr. Arora and her col- leagues concluded that patients older than 60 sleep two hours less a night in the hospital than at home. And “for every hour less sleep in the hospital, your blood pressure the next morning goes up by 6 mmHg.”

Other research from her group, which was presented at the 2015 SHM meeting, found that hyperglycemia likewise increases with each hour of sleep loss or “sleep fragmentation.” Additional studies have mapped the relationship of sleep deprivation to delirium, depression, pain perception and hospital-acquired infections. And sleep loss has been shown to contribute to falls and to a reduced ability to participate fully in physical or other therapy or in discharge and care planning.

But rather than focusing on how to improve patients’ amount and quality of sleep, clinicians typically respond by adding “blood pressure or glycemic meds, antipsychotics or restraints,” said Dr. Arora. “All of those can lead to worsening outcomes like hypotension, more falls, more delirium.”

Instead, when hospitalists are wondering why patients’ blood sugar is higher and whether a whole work-up may be warranted, she noted, “just pause to think that part of this could be due to sleep loss.”

Wide prevalence  of sleep disorders
Sleep loss in the hospital may also affect recovery after discharge. “Even if we think people will get better sleep at home,” Dr. Arora pointed out, new research from her University of Chicago colleagues, presented at this year’s SHM meeting, showed that “they are not recovering their sleep loss when they go home.” Poor inpatient sleep may instead contribute to “post-hospital syndrome,” a label being applied to the vulnerable period after hospitalization marked by functional decline.

And one question that Dr. Arora suggested is ripe for investigation is whether “hospitalization is associated with some kind of temporary sleep disorder.”

“Two hours less a night doesn’t seem like a lot, but over a course of a hospital stay, you end up having to pay it back in some way,” Dr. Arora told hospitalists.

You don’t just adjust to sleep deprivation.” Complicating the situation, she added, is that researchers have shown that a large proportion of hospitalized medical patients have undiagnosed sleep disorders such as insomnia or sleep-disordered breathing. Patients with the highest rates of pre-hospitalization insomnia include those with infectious diseases, dementia, or any type of anxiety or depression.

As for obstructive sleep apnea (OSA), a large study by her University of Chicago colleagues published in the Oct. 15, 2014, issue of the Journal of Clinical Sleep Medicine found that two out of every five inpatients older than 50 were at “high risk.” Among medical inpatients at highest risk were those with decompensated heart failure and acute stroke. Treating these patients, plus an additional subset of patients—surgical patients perioperatively—with continuous positive airway pressure (CPAP) “affects outcomes,” Dr. Arora says.

Immediate treatment of sleep apnea can reduce 30-day readmissions for cardiac patients, she noted. But research also shows that physicians rarely screen hospitalized patients—including ones in high-risk subsets—for sleep-disordered breathing. Moreover, her group’s 2014 study found that residents reported not knowing very much about the subject or how to screen patients.

“There are very few things that are going to be this prevalent in your patients,” Dr. Arora told her audience. To boost doctors’ knowledge base, Dr. Arora and her group created two free continuing medical education modules on inpatient sleep that are available on The Doctor’s Channel.

What to do
Beyond awareness and education, Dr. Arora said there is much that hospitalists can do to help patients get more total, less interrupted sleep. The key is to work with nursing colleagues and generate a bundle of evidence-based interventions.

One example is the SIESTA project her group at the University of Chicago has been working on for several years, with funding from the NIH/NHLBI. In addition to stressing provider education, SIESTA includes a checklist that hospitalists and nurses can use to remind them to think about patients’ sleep needs. (See “University of Chicago’s SIESTA tool.”)

 Deal with noise. The World Health Organization recommends that nighttime hospital noise levels not exceed 30 decibels, which is the level of quiet conversation. But studies have found that noise levels in U.S. hospitals can be twice that. Although physicians may not be able to reduce much of it, they should tackle some. “Staff conversations are actually a big noise pollutant,” Dr. Arora says. “That is something we want to be careful of.”

 Consider light. Poor sleep is “not just a nighttime problem,” said Dr. Arora. Circadian misalignment is also related to not getting enough exposure to bright light during the day. And research has found that hospital rooms are notorious for inadequate day light. Too little light during the day “is just not enough to promote a circadian rhythm,” she pointed out—and physicians may be examining patients in low light conditions, which is also problematic. Those levels may be significantly below standards recommended by workplace health and safety experts.

 Address symptoms, particularly pain. When patients are surveyed about what keeps them awake in the hospital, their No. 1 complaint is uncontrolled pain. “This is a dilemma,” Dr. Arora said. While doctors worry about opioid addiction and substance abuse disorders, “we are not treating pain adequately.” Any sleep protocol has to include screening for pain at night and “maybe nighttime rounding to see who is in pain and to deal with that.”

In addition, she said, there is a vicious cycle at play. “Pain promotes sleep loss, but sleep loss promotes heightened sensitivity to pain,” she explained. “If you keep hearing someone saying, ‘My pain is still not controlled,’ think about optimizing sleep.”

Other clinical concerns: Ask if patients are on sleep-disrupting medications that could be changed or given at a different time of day, and make sure diuretics aren’t administered in the evening.

 Reduce nighttime interruptions. This is sometimes easier said than done. According to Dr. Arora, her group wanted to stop the standard practice of waking up stable patients at 4 a.m. for routine blood draws, heparin administration or vital checks. What they learned was that the EHR defaulted to these orders and that, in some cases, the standard orders were “auto-checked ‘yes’ and hidden so clinicians didn’t even know they had the option of not ordering vitals throughout the night.” As a result, the team working on a sleep protocol had to get its IT staff and EHR vendor involved to “figure out some solutions.”

 Screen for sleep disorders. Dr. Arora said she would start with those medical inpatients known to be at higher risk for OSA—patients with acute stroke, cardiac disease or COPD—where evidence shows the utility of CPAP treatment. She recommends hospitalists first take a simple sleep history to understand if patients have had pre-hospitalization sleep issues. Answers to basic questions, like “How well do you sleep at home?” and “Do you wake up during the night?” can help guide hospitalists when to investigate further.

They should then screen patients for OSA using the simple STOP-BANG questionnaire, which is sensitive but not specific. Hospitalists should refer patients with higher scores to a sleep specialist.

According to Dr. Arora, new rules from the Centers of Medicare and Medicaid Services indicate that Medicare will pay for CPAP based on portable sleep monitoring. At the University of Chicago, patients can be assessed in their hospital rooms by sleep specialists using portable monitors, so they may not need to go to sleep labs before being started on CPAP treatment during their hospital stay.

“This isn’t a polysomnogram, but it’s a great option,” she said. “If it’s not in your hospital right now, I believe it will be. This is going to be the state of the art of what we are doing in hospital medicine for sleep.”