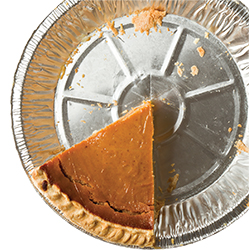 Both doctors participate in several areas of negotiations for their group. They presented a Society of Hospital Medicine (SHM) session earlier this month titled “Financial love in the time of COVID-19.” In it, they discussed strategies to help hospitalists get the financial support they need, even during financial stress.

In an April interview, Drs. Patankar and Dahnke pointed out how little is known about covid’s long-term impact on hospital financing, hospitalist staffing and patient care models.

“We’re all fighting for a piece of the same pie—or a shrinking pie.” 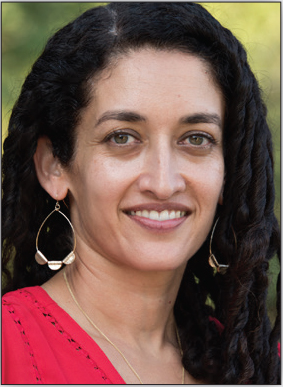 “Where hospitals end up post-covid is on a spectrum based on what happened in their area and what changes they will see in their service mix,” Dr. Patankar says. While for-profit hospitals in northern California, for instance, seem to be in OK financial shape, “the non-profits really suffered.” (Her health system has 24 nonprofit hospitals across the region.) “That puts a lot of pressure on hospital executives to make hard choices about where to invest their money.”

No magic formula
It also puts pressure on hospitalists to make their business case. A member of the SHM’s practice management committee, Dr. Patankar mentions a 2019 study entitled “Collaboration, Not Calculation” that appeared in the Journal of Hospital Medicine. It was authored by several of her committee colleagues.

For the study, researchers interviewed two dozen hospital executives, expecting them to share the equation they use to determine hospitalist compensation and subsidies. “We all assumed there is a magic formula to figure out hospitalist return on investment, and it turns out there isn’t,” she says. “What executives valued above all else is hospitalist alignment with hospital priorities, and those are different from hospital to hospital.

Some items that executives cited as valuable— like how hospitalists boost nursing retention— caught researchers off guard. Other items, like how hospitalists help surgeons and proceduralists, were well-known. But as Dr. Dahnke points out, help with comanagement and admissions can become a pitfall in financial negotiations.

“Because we are so embedded in every part of the hospital, it’s easy to disappear into the fabric.” 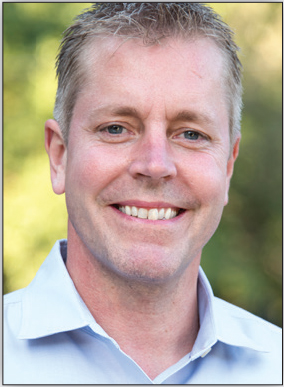 “Hospitalist comanagement is true partnership and needs to be factored into the hospitalist support equation,” he adds. “If unrecognized, it can become the no-cost or low-cost solution to assist with the surgical support that brings in valuable elective cases.”

What can you control?
Hospitalists’ first move, based on (hopefully) the rapport they maintain with administrators, is to find out what keeps them up at night and what priorities they need hospitalists to partner on.

Sometimes in negotiations, administrators propose initiatives that can be counterproductive because they have not been designed by people on the frontlines. When doctors raise concerns, “It often sounds like we’re just saying ‘no’ or being obstructionist,” Dr. Patankar says. “Instead, we need to be clear that we agree this is a goal we all want to work toward.”

When that happens, she and Dr. Dahnke turn to their group members to figure out how a proposed goal could be achieved. “We have found it’s much better to discuss items being negotiated with your hospitalists as early and transparently as possible,” she explains. “That way you can get buy-in upfront and address concerns in the moment rather than getting angry e-mails six months later from the group.”

It’s also crucial to figure out which part of any proposed change or metric is actually under hospitalists’ control. Hospitalists control only a portion of many big goals, like length of stay. Managing length of stay has to be a team effort, with hospitalists responsible only for those aspects they exert control over.

Personal insight into financial discussions
Program leaders also need group input on what hospitalists want in return. It may be pure compensation. Or it may be other items: more (or some) paid time off, flexible schedules, parking spaces, dedicated leadership time, or a new admitting team. As negotiations advance, leaders have to be able to couch those items as an aligned investment in hospitalist retention, even in a cash-strapped system.

One big advantage her colleagues have in financial discussions, Dr. Patankar says, is that many have been involved at some point in group governance. About 100 hospitalists are in her multispecialty group, working across five separate campuses. Years ago, the group created a governance committee made up of four representatives from each campus, as well as each site leader.

Highlighting strengths
Dr. Patankar notes that administrators know that hospitalists stepped up during the pandemic. But executives have that same goodwill toward those who worked in the ED and ICU, as well as the nurses, respiratory therapists and all the other staff who kept working through very tough conditions.

“The challenge,” she points out, “is that we’re all fighting for a piece of the same pie—or a shrinking pie. How do we demonstrate that what we did in the hospital was of slightly higher value than someone else, who is going to be saying the same thing?”

According to Dr. Dahnke, hospitalists must make the case that they touch just about every patient in the hospital. “With tight funds,” he says, “administrators want to invest in something that helps in all areas, and that’s a strength we need to highlight.”

At the same time, the very ubiquity of hospital medicine in the hospital can work against it. “Because we’re so embedded in every part of the hospital, it’s easy to disappear into the fabric, so people don’t recognize how much we add,” Dr. Dahnke explains. Hospitalist leaders need to articulate the value their colleagues bring across the hospital, driving costs down.

“No physician group understands the workings of the hospital the way hospitalists do,” Dr. Patankar adds. “We cover the entire spectrum, and we know how the machine works.” The key is communicating that what hospitalists bring to the table makes the entire hospital more efficient.