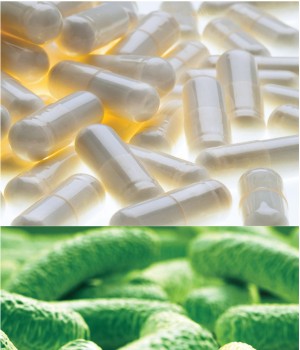 A META-ANALYSIS published online in February by Gastroenterology contained this good news: Hospitalized adult patients on antibiotics who were also given probiotics had a lower incidence of C. diff infection than controls (1.6% vs. 3.9%).

But the analysis, which looked at 19 randomized trials, found that probiotic timing was everything in terms of C. diff prevention. According to the research, probiotics were significantly more protective if started within two days of patients’ first antibiotic dose. When probiotics were started beyond those two days, patients saw an 18% decline in benefit for each day of delay. None of the trials found any adverse events related to probiotic use.

“Based on the median incidence of C. difficile infection in the control groups of the trials, you would have to treat 43 hospitalized patients on antibiotics with probiotics to prevent one case of C. diff,” says lead author Nicole Shen, MD, a GI fellow at New York Presbyterian-Weill Cornell Medical Center in New York. Dr. Shen spoke with Today’s Hospitalist.

Given the benefit you found, why do you think probiotics aren’t recommended in guidelines for C. diff prevention?
Because there’s been conflicting evidence. Both a meta-analysis published in Annals of Internal Medicine in 2012 and a 2013 Cochrane Review favored using probiotics to prevent C. difficile infection.

But The Lancet in 2013 published results from the largest, multi-centered randomized controlled trial that looked at probiotics to prevent C. difficile infection in hospitalized patients over age 65 taking antibiotics. The results in that study did not reach statistical significance, so you’re left wondering which evidence to follow.

“I didn’t understand why researchers never looked at the timing of the probiotic in relation to the antibiotics—because that has to matter.” 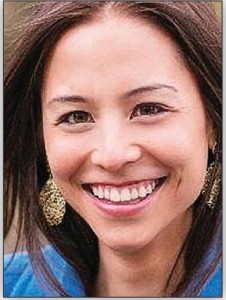 It turns out, however, that the multi-centered trial was underpowered. The research took place in the United Kingdom, and C. diff rates there are much lower than we have in the U.S.

And that trial included patients who started a probiotic up to seven days after their first antibiotic dose. When I was a resident discussing these conflicting studies with one of my mentors, I mentioned that I didn’t understand why researchers never looked at the timing of the probiotic in relation to the antibiotics—because that has to matter.

That’s what we found in our current study: For every day in delay giving the probiotic in relationship to the first antibiotic dose, there is a significant decrement in efficacy.

Another reason why physicians are conflicted over using probiotics in the hospital: There have been case reports of probiotic sepsis. None of these randomized trials reported that adverse event, but they also had exclusion criteria. So we can’t say that these results apply to patients who are immunocompromised or pregnant, or those who have a prosthetic heart valve or are critically ill.

Is the fact that there are so many types of probiotics also a problem?
It is, and a dozen different probiotics were used across the studies we analyzed. Several appeared to perform better, but the differences weren’t significant.

That said, we believe there is sufficient evidence to recommend higher doses of Lactobacillus or Lactobacillus in combination with another species, either as a drink or a capsule. As for the higher dosing recommendation, that’s based on one trial that randomized patients to either one or two probiotic capsules a day, or one or two placebo capsules.

That study found greater efficacy at preventing C. diff with the higher dose, and each capsule in that particular study had 50 billion colony-forming units. As for Lactobacillus, more of the trials studied that strain either alone or in combination with another species than any other.

Some probiotics have a pathophysiology that specifically targets the C. diff toxin. Another pathophysiological factor out there in the literature is that probiotics help restore a balance or maintain a balance in the gut that prevents the overgrowth of C. diff.

Can you order probiotics for patients in your hospital?
We have Saccaromyces on the formulary. Right now, we’re starting a quality improvement project with pharmacy and a multidisciplinary team to create a prompt that will ask doctors, when they’re putting an order in for antibiotics, if they also want to order the probiotic.

And do you order probiotics for your patients taking antibiotics?
I do if they’re high risk. Those include older hospitalized patients undergoing a longer course of antibiotics and who may be taking multiple antibiotics.

I don’t order probiotics for patients if they’re younger or taking one of the antibiotics used to treat C. diff, which include metronidazole and vancomycin. But I think all the other antibiotics are worrisome, so with those in older inpatients, I go for the probiotic.

Are you planning more studies in the hospital on probiotics in terms of C. diff?
We haven’t published this yet, but we are working on a cost-effectiveness analysis, which will be the first one published in the U.S. when it comes to probiotics and C. diff prevention. While I can’t go into details, I can say that we did find that probiotic use for preventing C. diff saves costs in older hospitalized patients.

Dr. Shen replies: It’s a great question. Several probiotics are destroyed in the stomach, but there is strong evidence dating back to the 1980s that the bacteria survive the stomach acid and adhere to intestinal cells. Here is one example by Conway et al, “Survival of Lactic Acid Bacteria in the Human Stomach and Adhesion to Intestinal Cells.” Conway et al. Journal of Dairy Science. Volume 70, Issue 1, January 1987, Pages 1-12.

Why don’t the probiotics get broken down by gastric acidity and rendered ineffective?