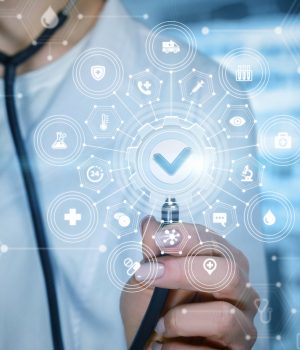 TAKING THEIR CUE from businesses at high risk for potential hazards—think the nuclear and airline industries—a growing number of health care organizations are adopting this goal: Achieve zero harm for both their patients and caregivers. To do so, organizations are trying to transform themselves through continuous performance improvement and gain what’s known as a “high-reliability” safety culture.

“The huddles are not meant to be punitive at all.” 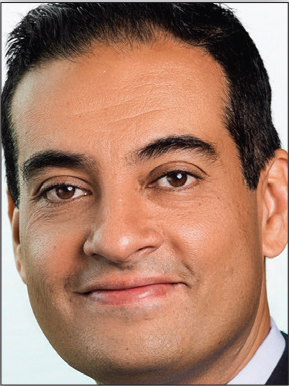 Four separate tiers of safety huddles are held, starting on individual hospital units at 7 a.m. when nursing shifts change. Issues raised in those meetings are then escalated all the way up the leadership chain until the last huddle, one for senior health system executives, meets at 9:45 a.m.

Across all four tiers, clinicians and administrators discuss and try to resolve any issues that have occurred anywhere in the system that affect safety and quality.

That’s despite the fact that the hours between 7 a.m. and 10 a.m. are very busy in hospitals. ”Our biggest proponent and champion of zero harm—our CEO Alan Levine—issued an executive order to clear other meetings in the same time frame so caregivers and administrators can focus on these huddles,” says Dr. Vashist.

Moreover, the health system adopted a policy implementing the huddles “so they’re not just a flavor of the month,” he adds. “The policy has been approved by the board.”

Escalating issues
When Ballad Health first adopted its zero harm initiative, it set itself a “30-90” goal: reducing a specific hospital-acquired condition by 30% within 90 days across the system’s hospitals. Those hospitals are located in northeastern Tennessee and southwestern Virginia.

The initiative’s first target was C. diff infections. Within three months, “we reduced our C. diff rate by 40%, and we’ve maintained that reduction in the two years since,” Dr. Vashist says. The system has had similar results targeting CAUTIs and MRSA, with a more than a 30% decline in these hospital-acquired infections compared to baseline.

Since 2018, however, Ballad Health has greatly expanded its list of what it considers potential harms. That list now contains about 18 separate items. ”

We originally focused on hospital-acquired conditions,” he points out. “Now, we also look at falls, caregiver injuries, medication errors, capacity and operational issues, IT downtime, even privacy violations.” A shortage of security guards in some hospitals, for instance, presents a problem for staff safety, while a phlebotomist shortage may affect length of stay and ED throughput, putting patients at additional risk.

Here’s how the safety huddles work: Front-line staff in each unit meet at 7 a.m. every weekday to discuss any safety or quality issues that have cropped up. Problems uncovered in unit huddles that need to be escalated are then presented at the next huddle tier, which is the one held among the leaders of the individual hospitals. That huddle includes not only hospital administrators but representatives from diverse areas such as IT, pharmacy, supply chain and behavioral health.

Items that need to be considered further are then reported to the next tier, which is the market huddle; Ballad Health divides itself into four separate markets, each overseeing a certain number of hospitals. The last tiered huddle is for the senior health system executives. They hear safety reports from the four market leaders, and they track pending safety projects raised in previous huddles on an interactive Web site visible to all relevant stakeholders.

System-wide recognition
At the senior executive huddles, leaders get a status report on what’s happening in hospitals and markets. That includes incidents that have come to light as well as status reports from those who’ve taken charge of resolving an issue or getting follow-up information. The key at every tier, Dr. Vashist says, is engagement.

That is possible only because “the huddles are not meant to be punitive at all, unless something reckless has taken place. They’re meant to be an opportunity for caregivers to review their own practices and to learn and collaborate.” As a result, caregivers are recognized for bringing adverse events and risky processes forward.

He gives this recent example: A case manager following up on a radiology report for a patient waiting to be discharged recognized from that report that the patient had a pulmonary embolism. She immediately called the hospitalist, who made sure the patient was taken care of.

“That could have gone one of two ways,” Dr. Vashist points out. “The hospitalist could have said, ‘Why are you doing my job?!’ Instead, the physician reported the case manager up to hospital leaders as someone who went out of her way to make sure the patient got the right care.”

Senior executives hand-write recognition cards “for people who go above and beyond their scope of normal duties,” he says. Dr. Vashist has also recommended that case manager for a safety award from the state’s hospital association. This winter, the senior executives decided to continue their huddles on weekends, meeting together virtually on weekend mornings.

And what have Dr. Vashist and his fellow executives learned through their daily huddles?

“We’ve realized how pervasive short-staffing is in nursing and how that affects performance on safety measures,” says Dr. Vashist. “Our health system is now making investments to relieve that.”

The huddles have also reinforced the central importance of hand hygiene. “We’re doing a good job, but we need to do a great job,” he says. With the health system doing a root-cause analysis on every health care-associated infection, a recent deep dive into a case of C. diff turned up problems with hand hygiene.