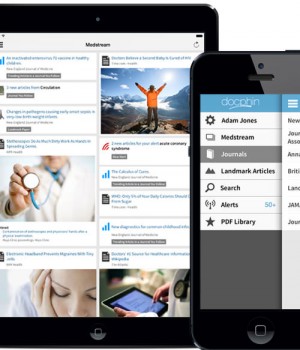 Published in the August 2011 Today’s Hospitalist

In 2009, Iltifat Husain, MD, had just purchased an iPhone and was looking for medical apps to use on his clinical rotations as a medical student. That’s when he realized that there was a big need for good information about apps designed for physicians.

“I downloaded a few apps and realized that I had wasted my money,” says Dr. Husain, who began his emergency medicine residency last month at Wake Forest University School of Medicine in Winston-Salem, N.C. “There wasn’t any consensus in the medical community on what applications are useful.”

In the last two years, Dr. Husain has worked to change that as founder and editor in chief of iMedicalApps.com. The site, which offers physician-written reviews of mobile medical applications, gets more than 500,000 hits per month from clinicians who want the inside track on medical apps.

The site started as a blog when Dr. Husain posted reviews of some apps he found useful. He soon heard from two physicians who signed on as editors and partners: Felasfa Wodajo, MD, a bone and soft tissue tumor surgeon, and Satish Misra, MD, a childhood friend who’s now a first-year internal medicine resident at Johns Hopkins.

“We were able to review more content, and they were essential to the growth of the site,” says Dr. Husain. “From there, the site really took off.”

In addition to app reviews searchable by specialty, the site features commentaries and news items about mobile health. And while about 10 physicians apply to write reviews each month, Dr. Husain says that only a few work out.

“It’s tough to find people who understand not only technology and medicine, but what’s going on in the mobile ecosystem from a nonmedical standpoint,” he says. Dr. Husain does note that the site would welcome a good hospitalist reviewer.

Site visitors submit about 10 medical apps a week (only a few warrant a review), and the writers comb through the Apple app store and Google Apps Marketplace looking for what’s new.

Unfortunately, Dr. Husain says, many apps for physicians are still a waste of money. And even well-built ones can present ethical problems when they’re used for marketing or data mining.

So what is Dr. Husain’s dream app? An electronic medical record app that would let him dictate patient notes into any mobile phone or tablet and have those notes entered into the EMR without having to use a keyboard.

Some day, he says, there’ll be an app for that. 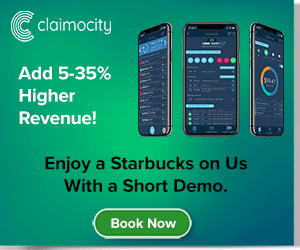