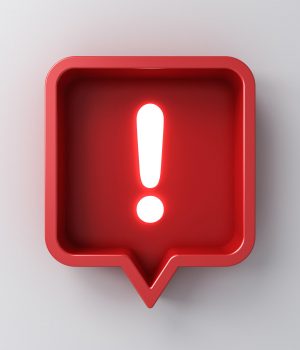 WITH SEPSIS MORTALITY RATES soaring above 20%, hospitals are scrambling to speed up identification of sepsis patients. The issue is particularly urgent for patients who develop sepsis while in the hospital.

“We recognized that patients who develop sepsis while already in acute care do much worse than those who arrive in the ED with the condition,” says UW Medicine pulmonary critical care intensivist David Carlbom, MD, a local sepsis expert at Seattle’s Harborview Medical Center.

“There are significant delays in getting treatment started for those patients because of a failure of recognition or perhaps premature closure about why someone’s in the hospital.” Those were particular concerns given that Harborview is Washington’s sole level I trauma and burn center, as well as a regional referral center for several other states.

System design
Dr. Carlbom was part of the team that designed the original alert system. When team members started brainstorming in 2010, one big decision was which screening model to use.

“The bedside nurses are the people who know the patients the best.” 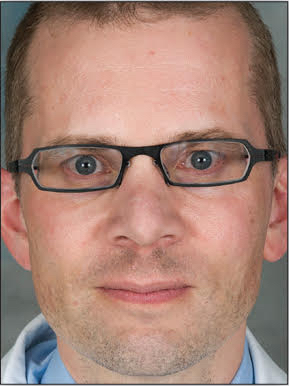 Harborview chose a combined human-computer model. The EHR would examine data on patients’ vital signs, which are entered multiple times a day, looking for worrisome trends or changes that could indicate sepsis. An alert (in the form of a red box that appears around the patient’s name in the EHR) is delivered to the patient’s bedside nurse.

“For us, that was the obvious choice,” says Dr. Carlbom. “Many of our providers are residents who rotate a lot, as do our faculty. The bedside nurses are the people who know the patients the best.”

When nurses receive an alert, they assess patients (typically in less than an hour) to see if non-sepsis causes, like pain or alcohol withdrawal, could be behind the changes being seen in vital signs. When nurses decide the readings might indicate sepsis, they page that patient’s physician or advanced practice clinician, who responds within a half hour.

When getting the alert system off the ground, Dr. Carlbom adds, it helped to have champions, particularly in very high-risk units. That included a dialysis unit that serves many patients who are homeless.

“They got great results, recognizing patients with sepsis before they fell of a cliff and needed to be transferred to the ICU,” he says. “That really built excitement so that other units started asking when they could have the alert system turned on.” That system is now hospital-wide except for procedural units.

System refinements
By 2016, however, bedside nurses were asking for improvements. A rapid process improvement workshop was convened that brought together more than a dozen participants for a week, including physicians, bedside nurses, advanced practice clinicians, and quality improvement specialists, as well as data analysts and IT support personnel.

“There’s a lot of evidence that nurse-initiated protocols lead to patients being cared for faster.” 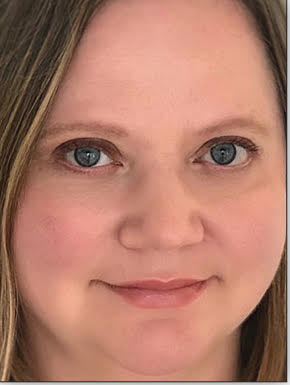 The workshop produced several refinements to the alert system. First, project leaders tweaked the clinical criteria being used for screening. When the program was first launched in 2011, Dr. Carlbom says, one of those criteria was “the bicarbonate level in the lab, so a surrogate marker for acidosis.”

Another was an increase in oxygen delivery. “We found that the nurses never charted low oxygen saturation, so that measurement was useless,” he points out. “We looked instead for a 20% increase in oxygen being given to the patient.”

The original scoring system had a very good negative predictive value, he adds. But it produced too many false positives—and alert fatigue. “That’s why the workshop narrowed the criteria back to SIRS plus elevated lactate and hypotension,” says Dr. Carlbom.

The system was also changed so that nurses would receive an alert on a patient only once per 12-hour shift. Another innovation: closing the loop on communication between bedside nurses and the physicians paged. Before, doctors arriving at the bedside to assess a patient after being paged had no way to let nurses know they’d responded if the nurse wasn’t present.

“That piece was missing,” says Rosemary Grant, RN, who came onboard as Harborview’s sepsis coordinator in 2015. Ms. Grant is now a director, quality and safety, sepsis and readmissions for the Washington State Hospital Association. “Nurses were repeatedly paging physicians who had already assessed the patient, so that communication was built into the EHR.”

“There’s a lot of evidence that nurse-initiated protocols lead to patients being cared for faster, but the hospital at the time wasn’t ready for that,” says Ms. Grant.

Harborview did implement that innovation in February 2019. Also built into the new protocol: Nurses accessing the standing orders for labs and an IV now page the hospital’s STAT nurses who are onsite 24/7. Often, the STAT nurses either call back or come to the bedside to discuss nurses’ concerns.

But one surprising feature of the alert system hasn’t changed since its original design almost 10 years ago: Vital signs are still entered manually in the EHR. Dr. Carlbom says that team members had to analyze— then change—the workflow around taking vitals.

“Historically, the people taking vitals would visit perhaps eight patients and then enter all their information at once, so it might be an hour and a half before the data were entered into the system,” he says. “We had to figure out what was behind that delay, then coach them to change.”

SINCE 2016, the sepsis alert system used at Seattle’s Harborview Medical Center has relied on systemic inflammatory response syndrome (SIRS) criteria to screen patients for sepsis, as well as readings on hypotension (systolic pressure less than 90 mmHg) and lactate levels (greater than or equal to 2 mmol/L).

David Carlbom, MD, a member of UW Medicine and former medical director of Harborview’s sepsis program, was co-author of research published in September 2019 by PLOS One that analyzed the comparative prognostic accuracy of sepsis scores in both ICU and non-ICU populations. He and his fellow authors—who looked at predicting mortality and ICU transfer, among other variables, not at early sepsis identification—concluded that complex scores like SOFA and NEWS outperformed simpler systems such as qSOFA and SIRS “in inpatient hospital settings where more complex scores can be readily calculated.”

But that complexity is the rub, Dr. Carlbom points out. “Some scoring systems use as many as 1,000 variables and very complex mathematical modeling,” he says. “The other end of the spectrum is using something that people can actually remember. We’ve decided to strike a balance with a scoring system that has only five or six elements.”

Now a director, quality and safety, sepsis and readmissions for the Washington State Hospital Association, Rosemary Grant, RN, served as Harborview’s sepsis coordinator between 2015 and 2019.

According to Ms. Grant, Harborview during her tenure did consider building an additional screen into its sepsis alert system that would combine both SIRS and qSOFA criteria and offer bedside nurses a more refined risk-stratification tool.

Ms. Grant still thinks such a layered system to serially combine the two risk scores would push early sepsis identification even further. Unfortunately, she points out, “that was going to be a giant IT build, so Harborview had to put it to the side. It’s on the wish list for our EHR update.”

Always great to serve patients. Thanks Today’s Hospitalist for a nice review of the team’s work.