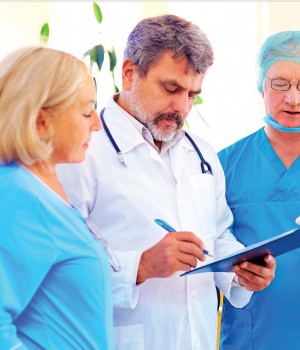 Apparently, the CMS decided to end the use of consult codes because of all the confusion over how to distinguish a transfer of care from a consultative service. Just to add to the confusion, while this change applies to Medicare patients as of the beginning of this month, you can continue to bill consults (when you legitimately render them) for private-payer patients. Private insurers may, however, implement a similar change of their own sometime this year.

It’s important to note that admitting physicians may not be the only ones using the admit codes. Any provider who renders an inpatient consultation service for a Medicare patient should bill one of the initial hospital visit codes (99221-99223). (For non-hospital locations, use the initial nursing facility care codes “99304-99306 “or initial office visit codes, 99201-99205.)

As for documentation requirements, those will now mirror the requirements for the initial visit code that you select. However, according to CMS guidance, “physicians should continue to follow appropriate medical documentation standards and communicate the results of the evaluation to the requesting physician.” (For more analysis, see “Consult codes are going away.”)

ICD-9 2010
The other big news is that the 2010 edition of the ICD-9 codes was published and took effect Oct. 1, 2009. Most of the new codes add a higher level of disease specificity, which is the look of things to come when ICD-9 gives way to ICD-10 in October 2013. That gives you several years to get used to providing this level of detail in documentation and coding.

Here are some additions and changes that affect hospitalists:

Some revisions and additions were made to differentiate between patients with chronic vs. acute venous embolism/thrombosis for both lower and upper extremities.

Further, diagnosis code 453.2 was revised to clarify that it should be used only for patients with an embolism or thrombosis in the inferior vena cava. Report embolisms and thrombosis of the superior vena cava with the upper extremity acute (453.77) or chronic (453.87) codes.

Influenza
The ICD-9 code for influenza due to identified avian influenza virus, 488, has been revised and expanded to two four-digit codes to specify either an avian or H1N1 flu infection:

Hepatic coma/encephalopathy
The description for diagnosis code 572.2, hepatic coma, has been revised to hepatic encephalopathy to more accurately reflect all levels.

Signs and symptoms involving an emotional state
A new category of codes has been created to represent patients with a late effect of traumatic brain injuries without specific diagnoses.

The diagnosis code for nervousness (799.2) now encompasses a category of codes for signs and symptoms involving an emotional state, which requires a fifth digit. (If the symptom is inherent in the established diagnoses, don’t report it separately.) The late effect code for the injury can be used in addition to the symptom codes, such as late effect of intracranial injury without mention of skull fracture.

Here are the revised and added diagnoses:

Poisoning
The number of poisoning codes was increased and a new, fifth-digit requirement was added to better distinguish the substance taken in an overdose. The added code ranges are 969.00-969.09 and 969.70-969.79.

In addition, ICD-9 changes for 2010 include a host of new supplementary V-codes, which represent circumstances other than a disease or an injury that factor into patient care. ICD-9 has also added E-codes, which represent external causes. Among the latter, the biggest change was the substantial inclusion of war-related E-codes.