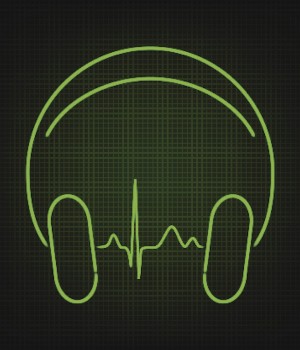 BY DAY, JOANNE DE PHILLIPS, MD, works as a hospitalist with Alameda Inpatient Medical Group Inc., based in Alameda, Calif., and as a medical consultant in psychiatric facilities throughout Alameda County. In the evenings, she tries to spread the healing power of music through a concert series she runs in nearby Berkeley.

Music and medicine have occupied complementary “and sometimes competing “roles in Dr. De Phillips’ life. While she had always dreamed of becoming a physician, she left college with a music degree and taught music for a few years. It wasn’t until her late 20s that Dr. De Phillips went to medical school and began working as a community-based internist and ED physician.

While she continued to teach music in medical school and played piano throughout residency, it would be years before she found a professional place for music in her life. In 1993, she founded Berkeley Chamber Performances (www.berkeleychamberperform.org), an annual series of five concerts with talent from the Bay Area and around the world.

The series focuses on chamber music, which Dr. De Phillips defines as music for two or more people playing individual parts without a conductor. Attend a performance in the series, however, and you’ll realize that this isn’t your grandmother’s version of chamber music.

“We probe the boundaries of chamber music with nontraditional groups,” Dr. De Phillips explains, “to show that chamber music is a dynamic, living tradition.”

Past performances have included a string quartet with a clarinet and an Australian didjeridu, and a jazz quartet with four bass clarinets. Some performances feature West Coast and world premieres of new pieces. While the concerts take place at the Berkeley City Club, a landmark designed by Hearst Castle architect Julia Morgan, outreach performances are held at local schools and senior residences.

Directing a series, she says, “is nearly a full-time job in itself, and my hospital work schedule has rather taken over the last five years.” She did play the celesta last spring in Carl Orff’s “Carmina Burana” with the Vallejo Symphony, and she’ll perform a John Williams piece with clarinet and string quartet in the Berkeley series in 2011. She’s happy, she adds, that her role as impresario allows her to enjoy music while still pursuing a medical career.

“They are complementary in many ways,” Dr. De Phillips says of both music and medicine. “They both require focus, attention to detail, concentration, diligence and hard work “all of which can give pleasure and satisfaction.”