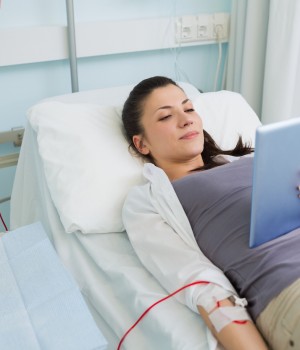 Published in the August 2009 issue of Today’s Hospitalist

EVERY YEAR IN THE U.S., more than 14 million units of blood are transfused. That breaks down to 40,000 units every day.

But findings from a new consensus conference and observational study maintain that between 40% and 60% of red-cell transfusions are probably unnecessary. That’s because those transfusions are going to stable, nonhemorrhaging patients, very few of whom derive any actual benefit from the procedure, according to the study’s authors. Instead, the majority of clinical scenarios in which patients are transfused can lead to negative outcomes including a higher risk of lung injury, stroke, heart attack, kidney failure, infection or death.

Findings were first presented at a Society for the Advancement of Blood Management meeting this spring. Aryeh Shander, MD, one of the investigators and an anesthesiologist and critical care specialist at Englewood Hospital and Medical Center in Englewood, N.J., has long advocated for appropriate transfusion practice as a major cornerstone of promoting patient safety.

Dr. Shander says he hopes these latest findings will help hospitalists make more informed decisions at the bedside, rather than having transfusions continue to be what he calls a “default procedure” in hospitals.

“The preponderance of data linking transfusions to poorer outcomes should make conservative transfusion practice the norm,” Dr. Shander says, “not something that needs to be defended or explained.” He spoke to Today’s Hospitalist about changing physicians’ approach to ordering transfusions.

Why has ordering transfusions become the default position?

Partly, it’s because transfusions are so easy. But blood is an organ, and when we transfuse patients, we’re actually performing a small transplant. There is no other tissue that you can transplant by just writing an order.

Ordering a transfusion is much easier than, say, trying to figure out the cause and treating a patient’s anemia. Transfusion ends up having very little to do with a patient, but a lot to do with the ease of administration.

What are the current guidelines?

They haven’t really changed since 1988 and the first NIH consensus conference. Over the years, guidelines have become more restrictive in terms of using all blood products, which is an improvement. Hopefully, guidelines will be updated to reflect evidence that has come to light since they were first produced.

Your study looked at 450 different clinical scenarios among patients without active hemorrhage or trauma and found transfusion benefit in only 12%. Who are the patients who benefit?

Those were mostly patients with chronic hematologic diseases that require repeated transfusions, such as myelodysplastic syndrome, sickle cell disease or thalassemia. The benefits of transfusion outweigh the risks in patients who cannot make their own red cells because of bone marrow diseases.

Much of the recent debate about transfusions is over the right hemoglobin level trigger and whether physicians should use a liberal vs. restrictive trigger strategy. Do you advocate getting away from the notion of transfusion triggers altogether?

Ours is the first study to look at transfusion in terms of patient outcomes, rather than at just a trigger. Transfusion should be and is a complex decision, not a response to a number.

Patients’ tolerance of anemia and the effects of anemia on them are as individual as fingerprints. Using a transfusion trigger without having a clear, evidence-based expectation of benefit confers only risk to patients.

Hospitalists say they order more transfusions than orthopedists as a way to improve function in anemic patients. How should they approach patients with anemia?

Many patients who have anemia get ignored. They’re never screened for anemia at their doctor’s office, or they get admitted to the hospital and discharged without having their anemia addressed, which we don’t do for other diseases. When symptoms occur, you need to diagnose and treat anemia as soon and as appropriately as possible.

For anemia caused by nutritional deficiency, therapies include iron, B12, folate or erythropoietin [EPO], treating the anemia through nutrition or pharmaceuticals. You also need to make sure there is no underlying bleeding tendency or disease, like colon cancer, that is causing the anemia. And sometimes patients who have anemia are hypovolemic, so we need to replenish their volume so that symptoms such as dizziness will go away.

Transfusion needs to be reserved for people who are severely and acutely ill. Anemia is a whole area where detection, diagnosis and treatment do not have widespread acceptance within the medical community.

What about dealing with patients or families who also see transfusions as a quick fix for anemia?

Just like for everything else, physicians need to describe the options for therapy. In its recommendations and contraindications for transfusion, the FDA says that if there is ample time and if patients’ clinical condition permits, patients should be appropriately treated, and that transfusion should be a last resort.

You advocate the use of EPO, which has received a black box warning, particularly for cancer patients. Do you now use EPO more conservatively?

I think the studies that resulted in the black boxing of erythropoietin were not well-designed. And the warning in terms of recurrence within the cancer population had more to do with accelerated dosing, not the conventional dosing that we normally use. As for clot risk with the drug, that can be obviated with what today is the standard of care, which is anticoagulation drugs. I think the ratio of benefit to risk with erythropoietin still remains extremely high, even for many cancer patients.

Has the evidence reached a tipping point where physicians are questioning transfusion practices?

I wish that were the case, but I think it’s going to take another generation before we see widespread adoption within medicine of appropriate transfusion practice. But there is no question that it’s getting there.