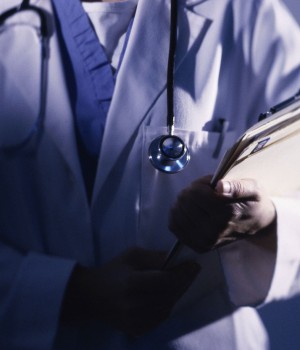 EVEN A JOB with as much variety as ours has a few downsides, and we’d love to lose some of our chores. But there are ways to make them easier and adapt to what we can’t change. Here are a few of our biggest trials, and some suggestions that may help.

“Drop what you’re doing and run”
The totally unexpected Code Blue. The commitment papers that have to be completed while the ambulance waits for a patient in restraints. Yes, drama gets our blood pumping, but it really wrecks a well-planned morning.

Work to build a reserve of favors.

Sometimes it’s your own patient and you’re the only one who can handle the problem. But what if you’d been called at 2 a.m.? The chore would go to the hospitalist on call, who would deal with it and tell you (hopefully not until morning) what happened.

Next time your group meets, consider having the doctor who’s taking new admissions deal with disasters and emergent paperwork. Probably, his or her census will be low at the start of an admitting day, so side trips and interruptions are less disruptive.

You can explain the situation, Dr. Admit can sign those papers in your name, and you can go on with that family meeting or discharge plan. And next time you’re taking new patients, you can handle those “need it right NOW” problems for the rest of the group.

Divide and conquer
Me, I love hanging out in the ER. Some of my partners, however, feel so differently that they wait for newly-admitted patients to arrive in a med-surg room before going to see them.

On the other hand, I’ve had group leaders who can sit in administrative meetings, patiently persuading nonmedical people to make changes and listening to stuff that would frustrate me to tears. Two of our docs are great with confrontational families. And so it goes: Hospitalists are individuals with lots of variation not only in skills, but in likes and dislikes.

Those skills and experience are of great value on hospital committees, but everybody in your group isn’t going to sign up for the same one. When a chore doesn’t have to be done by only one person, try to hand it to the one best suited for it.

And ask each other for advice: Your “mediator” may have some suggestions for approaching a patient’s hard-to-please family or a clueless administrator, the ER groupie can tell you how to get more out of the doctors there, and you may know more about geriatrics than the med-peds guy.

“That @#$% in 4057”
Difficult patients and families are the subject of so many articles, talks and courses that I hesitate even to include the topic. Those talks and courses can teach you many helpful techniques and help you understand what motivates these people, or at the very least to realize your struggle isn’t unique.

Even if you’re in solo practice and have no consultants on a frustrating case, you can share the load with nursing supervisors, discharge planners and the patient relations department. Making sure that others see the problem also helps you avoid situations in which it’s your word against the patient’s.

When what you need isn’t there
It’s the day after Thanksgiving, and the hematologist your leukemia patient needs is being cross-covered by somebody without privileges at your hospital. The homeless alcoholic you admitted from the ER is ready for discharge, but his Wernicke’s encephalopathy is too bad for assisted living, and no skilled facility will take him. A “non-resource” patient has a big stone in his common bile duct, but the only doctor who does ERCPs doesn’t take Medicaid.

These situations are becoming more common as health care funding is cut, public facilities fill up, and specialists and long-term care facilities are forced to be less generous. You have three basic options: medical alternatives, manipulation and begging.

For the patient who needs a procedure: Is there an alternative, even if it’s less attractive? Maybe an interventional radiologist can decompress the bile duct (even if it means transporting the patient elsewhere and returning him to you after the procedure). If you’re in an academic center, sometimes the pathology department will do simple biopsies and fine-needle aspirations if the surgeon won’t return your calls. And a consultant who fears being saddled with outpatient follow-up of a non-resource patient may suggest other approaches.

Manipulation of the system (and those who work in it) is possible because everybody has some motivating factor. The administrator in charge of the length-of-stay initiative wants to get those numbers down, and the patient the case manager can’t place is preventing that from happening. Ms. Administrator may be able to pull strings or find a charity facility, or maybe she knows somebody else who can help.

The specialist who won’t see Medicaid patients may respond to a VP who reminds him how important it is to maintain the hospital’s nonprofit status, or to the possibility of being nominated for an award. It’s wise to have at least one member of your group keeping track of which administrator handles what. They can sometimes make something happen that’s beyond your capability.

Begging is a complex skill designed to produce an emotional or psychological response in the person approached. Some people, such as those running religion-based programs, are more receptive than others.

Others need a guilt trip or simply something that makes the issue interesting to them: “This poor lady came all the way from _____ to visit her first grandchild and here she is with pain and jaundice …” The personal appeal, particularly if it helps the target person identify with your patient, can create possibilities where there were none before.

Work to build a reserve of favors. People who remember how helpful you were last month (or who have received numerous lucrative consults from you) will be more willing to help an indigent patient, especially if you assure them that their assistance will be limited to this admission.

Is the game worth the candle?
Many of these problems didn’t exist 20 years ago, but then, neither did hospitalists. Doing our job effectively means being creative in finding ways around roadblocks of all kinds, even if we lack the godlike authority physicians used to have. If hospitalists don’t meet the challenges, our patients will be the ones who lose.

Stella Fitzgibbons, MD, has been a hospitalist since 2002, with experience in everything from small surgical hospitals to big teaching institutions. She has done all the chores with and without computer systems.