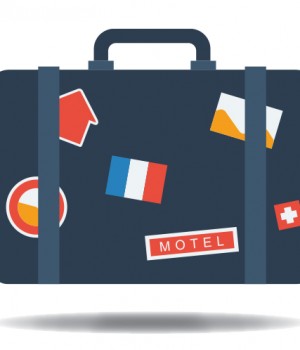 IMMIGRATION IS MUCH IN THE NEWS, with the travel ban that the current administration is trying to enact on hold. Still, that ban has caused a lot of uncertainty for doctors trying to come to the U.S. from the six countries named in it and for the teaching hospitals where those physicians are supposed to train.

I sympathize with their dilemma, but I believe there’s a much bigger problem with physician immigration that’s not being addressed. As a doctor born in India, I’m a member of the nationality that far and away represents the largest group of international medical graduates in the U.S. According to estimates, more than 48,000 doctors in this country are natives of India; the second largest national training group (other than the Caribbean, which I assume includes mainly U.S. citizens) is from the Philippines, with less than 15,000.

Here’s the problem: For decades, skilled professionals from India have also poured into the U.S. to join the tech industry, among others. And while there’s no “cap” on the number of employment-based H1-B visas that members of any one nationality can receive every year, there is one on the number of natives of any one country who can be granted a green card in any given year for permanent residency.

If we have to wait decades for a green card, many of us could see our foreign-born children be forced to return to a “home” country when they turn 21.

Right now, applicants from one country can receive no more than 7% of the green cards given out a year, even though there are many more skilled workers from India and China in this country than from others. Another major problem: Skilled workers are eligible for only a small portion of available green cards. Given that backlog, it may take decades before Indian-born physicians like myself can become permanent residents. In the meantime, our lives here are in limbo.

An uncertain pathway
Currently, the U.S. grants about 1 million green cards a year. But only 140,000 of those are allocated for employment-based applicants. Most green cards are given out on the basis of family sponsorship. Both employment-based and family-based immigration are subject to the 7% country cap.

It’s my understanding that the country cap was put in place decades ago to make sure that some nationalities were not being discriminated against. The argument for maintaining that cap is to preserve diversity among permanent residents and to make sure that no one nationality “monopolizes” immigration.

But that cap doesn’t acknowledge the ongoing influx of skilled workers, particularly from India and China, and it creates a situation that is extremely unfair. While physicians in the U.S. on H1-B visas from some countries may have to wait only a year or two to become permanent residents, Indian-born applicants who applied for a green card in 2008 were having those green cards processed only last year.

And every year, the backlog grows exponentially, as 85,000 new H1-B visas are given out to skilled professionals. A disproportionate percentage of those are given to Indian natives.

I applied for my green card in 2014, but I have no idea when that application will be finally processed. As a pulmonologist and intensivist who’s has been in the U.S. for more than nine years, I—like all the other skill-based workers including engineers, IT professionals, researchers, academicians and teachers—feel that I am contributing substantially to this country. But because of this crushing backlog, I’m losing any pathway to permanent residency.

Life in limbo
For doctors, being in immigration limbo has harsh implications. For one, employers know that we are dependent on their sponsorship while we wait for permanent residency, and many of them take advantage. We often see our wages suppressed, or we are expected to work 24/7 shifts instead of the 12-hour shifts worked by colleagues who are citizens.

Most fellowship programs aren’t open to doctors with H1-Bs. And if you change your job description once you’ve applied for a green card, you have to re-apply, starting the clock all over again.

That means that while I’m waiting for a green card, I can’t take on an administrative or directorship role in addition to working clinically. That prevents me from advancing my career, on top of not being able to work in more preferred locations as a visa candidate or working locums because H1-Bs are employer- and location-specific.

And Indian-born physicians find it hard to plan for the future. Because a job termination for any reason could result in deportation, many of us don’t want to buy homes. And if we have to wait decades for a green card, many of us could see our foreign-born children grow up, be forced to leave the U.S. and return to their “home” country when they turn 21.

• Change how physicians are classified. The 140,000 employment-based green cards given every year are divided into three categories: EB1, EB2 and EB3, based on skill levels. Most physicians fall into the EB2 category (advanced degrees), while EB1 is reserved for skilled workers with extraordinary ability. Because EB1 holders receive preferential green-card treatment, re-classifying physicians as EB1 if those doctors commit to working five years in an underserved area would speed up the process.

• Give higher priority to skill-based workers and less to family-based sponsorship. Canada, Australia and the U.K., for instance, have an immigration system based on points. Immigrants who receive more points for education and professional skills can become permanent residents more quickly.

• Remove country caps. Some bills that have been introduced in Congress have contained this provision, but those bills have not passed.

As an intensivist, I have the option to return to India and work for an American e-ICU company. Or, because my wife is a dentist and Canada has a shortage of dentists, she is suggesting we emigrate to Canada instead.

Having completed two fellowships here, I estimate that the U.S. has invested $600,000 in my training. I feel I’m paying that investment back not only with my own tax dollars, but by using the skills that training has given me. But the green-card process now is so broken—at least for Indian-born physicians—that I don’t see a reasonable, permanent way forward to continue to contribute.

NITESH JAIN, MD, is a pulmonologist and intensivist who has been in the U.S. for more than nine years. Dr. Jain is the associate director of the Mississippi chapter of Immigration Voice, a nonprofit that advocates for legal highly-skilled foreign workers in the U.S.

I do not think HR 392 is a solution to this problem. Physicians should and must have a separate pathway for immigration. Please review the agenda of “PAHA”
at paha.us. This is the only organization formed for the physicians by the physicians to improve healthcare access by cutting down immigration limitations.

I completely agree Dr Jain. Is there something we could do about this problem?
They even proposed a bill-Conrad 30 physicians Act 2015, which had some incentives for physicians to practice in rural areas. But that bill reached the Senate. but never got passed.

Thank you Dr Harshal for taking interest. Currently there is a bill HR 392, Fairness for skilled Immigrants, which removes country caps for Green cards. This is the only bill that has more than 220 co sponsors with more than 100 Republican members. It is the only one that has a realistic chance of possibly becoming a law. Please join Immigration voice and contribute to making the bill a law.

We need a separate bill for fast tracking physicians. The H1B pile is 99% garbage [dealing] with techies with fake degrees, experience etc. It will reduce the wait by some time (not significant enough); not a whole lot to help physicians who are a very small minority.