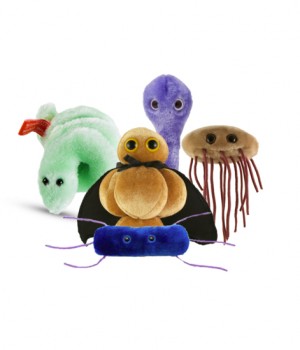 THE WAR AGAINST INFECTIOUS DISEASES is being waged not only in hospital wards but in a lavishly illustrated card game created by Nerdcore Learning. The company was founded by self-professed game geeks Arun Mathews, MD, a hospitalist at Medical Center Hospital in Odessa, Texas; his wife, Zeeba, also a hospitalist; and their friend and partner, Francis Kong, MD.

The game, “The Healing Blade,” pits Apothecary Healers like Ceftriaxone against Lords of Pestilence, which include Pseudomonas aeruginosa. A hit at this spring’s American Medical Student Association meeting, the game went on sale last month in an expanded second edition.

Dr. Mathews cut his gaming teeth on his family’s Commodore 64 system, but he didn’t embrace console gaming until medical school, where he met Dr. Kong. He found he was fascinated by role-playing games and how much he needed to learn to be able to play them. (“Mass Effect” is a particular favorite.)

“You go through a two-hour tutorial on weapon and defense systems,” Dr. Mathews explains. “The learning curve is quite steep, but it’s a joy.”

Drs. Mathews and Kong decided to design a game for med students geared to learning antibiotic strategies. Both medicine and games, he points out, rely on gathering as much surveillance as possible and deciding how to attack.

Next year, Dr. Mathews hopes to have gaming hardware installed in every room of the new Johns Hopkins’ children’s hospital. For children with chronic or terminal illnesses, “gaming can give them experiences “with leadership, teamwork, courage under fire “they might not otherwise have.”

As for “Healing Blade,” Dr. Mathews explains that the abstract nature of unicellular organisms driving disease pathology can be daunting for medical students. “But if we’re capable of this level of abstraction,” he says, “why not take it a level further, with monsters and warriors pitted in an epic struggle? Think of it as metaphorical learning.”

Dr. Mathews notes that he does enjoy more traditional academic pursuits. He recently coauthored “The Hospitalist Manual” for newly minted residents and internists brushing up on their inpatient skills.

“Learning, metaphorical or otherwise,” he says, “should be as fun as it was the first day you went to medical school.”