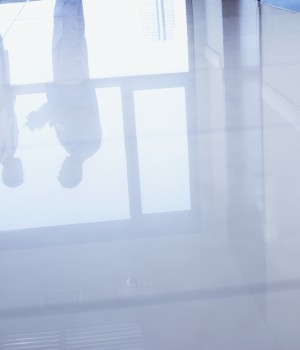 VINCENT CHIANG, MD, vividly remembers some excellent feedback he received as a resident from an attending while he was placing a subclavian line.

“He was standing behind my shoulder, saying, ‘Good, good,’ ” Dr. Chiang said. “Then he started whispering, ‘And if you keep going that way, you’re going to probably drop a lung.’ ”

When it comes to giving colleagues feedback, Dr. Chiang acknowledged that providing useful information is difficult. But he added that the attending in the above example succeeded because he understood that feedback should work as a mirror.

“The attending was showing me what my actions would do, and it was up to me to decide whether or not to go forward,” he told a group of pediatric hospitalists in Denver this summer during a presentation on leadership and feedback.

The problem is that for many hospitalists, that type of feedback can be hard to find. While physicians may think they’re giving feedback to their colleagues all the time, real feedback is a skill that needs to be learned, particularly by any hospitalist who is in a leadership position “or who aspires to be in one.

Feedback: finding fault?
What exactly is feedback? According to Dr. Chiang, many physicians don’t have a clear idea.

“I’ll see the overnight attending, and he’ll tell me that he gave great feedback to the junior residents,” said Dr. Chiang, who is both an emergency physician and chief of inpatient services at Children’s Hospital Boston. “I’ll ask, ‘What did you do?’ and he says, ‘I said, Great job!’ But feedback is not reinforcement, and that’s an important distinction to recognize.”

Another misperception equates feedback with finding fault, as if all feedback is negative. Instead, Dr. Chiang explained, the term feedback is derived from rocket science, referring to a signal sent out by a rocket to find out whether or not it was going to hit its target.

Dr. Chiang acknowledged that people stumble much more often when giving negative feedback than in giving positive feedback. But that raises another key hurdle to learning how to give effective feedback: the fact that many of us, in the words of a Harvard Business School professor whom Dr. Chiang quoted, suffer from “excess caution.” Out of a misguided effort to avoid hurt feelings, we often don’t give people information that could ultimately help them.

That helps perpetuate flawed expectations or even poor performance to the point that those people end up being passed over for a promotion or even terminated. Far from safeguarding someone’s feelings, Dr. Chiang pointed out, failing to give constructive feedback is actually cruel because you’re refusing to offer the honesty that could help a colleague.

The feedback process
The key to giving constructive feedback is to keep in mind the concept of feedback as a mirror. “Feedback is all about showing somebody else their behavior and how it appears, how it looks, how it is perceived,” Dr. Chiang said.

He outlined the process of giving feedback that works for him.