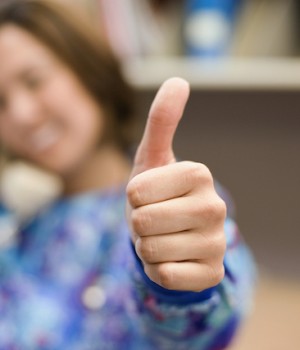 WANT TO REDUCE READMISSIONS, but don’t know where to begin? You may be sitting on a wealth of information and not even know it, particularly if your hospital has a call-in advice line.

“NurseLine” is what the 525-bed Denver Health Medical Center in Denver calls its 24-hour call-in line. Launched in 1997 and staffed by registered nurses, the advice line is the phone number patients are given at discharge to call if they run into trouble after leaving the hospital.

By examining characteristics of patients who are using the line, as well as callers’ readmission rates, you may be able to pinpoint where to focus your efforts to avert post-discharge problems and stop those patients from bouncing back, says Sarah A. Stella, MD, a Denver Health hospitalist and an assistant professor of medicine at the University of Colorado.

Dr. Stella speaks from experience. She examined one year’s worth of data from the NurseLine calls, publishing her results in the November 2014 Journal of Hospital Medicine. She uncovered enough data ” and a few surprises “to prompt discussions about how to improve patient education prior to discharge and to suggest modifications to phone triage.

Dr. Stella talked to Today’s Hospitalist about the study results.

How does Denver Health’s advice line work?
Our advice line receives a large volume of calls from patients from across our system, including those who were recently hospitalized or had surgery. Patients are given discharge paperwork instructing them to call if they experience any concerning symptoms, which are selected by the discharging provider. Calls range from minor complaints to potentially life-threatening ones like chest pain. How nurses respond to calls is mostly algorithm-driven.

What made this study unique?
We didn’t set up an advice line or study it as an intervention; that’s a common misconception. Rather, we looked at an existing resource with the goal of trying to understand which aspects of our discharge processes might need improvement. So we looked at who’s calling, when and why, as well as what happens after the call.

There were 19,000 patients discharged home over the 12-month study period, yet only 300 calls to the advice line. Why is that?
Utilization of the advice line by discharged patients in our study was 1.5%, which is on the low end of the range reported in the literature. Keep in mind that this is only one of many options available to discharged patients. Many factors could explain that low utilization, such as patients calling their primary care physician instead.

What surprised you most about the results?
We have been focused on improving the discharge transition for medicine patients and expected the majority of calls to come from them. Instead, we found that about two-thirds of those who called had been discharged from a surgical service. We did still see a fair share of medical patients, but surgery was overrepresented.

What else did you discover?
The majority of the problems reported were symptoms, most frequently uncontrolled pain, which accounted for 33% and 40% of the calls from medicine and surgery patients respectively. Other common problems were gastrointestinal symptoms and questions about the appearance or care of surgical wounds. About 20% reported problems understanding or executing discharge instructions and 20% had problems with medications.

About one-third of patients called within 24 hours, and nearly half did so within 48 hours. Ten percent even called the day of discharge. What does that tell you?
It tells me that generally, these aren’t patients who go home and develop an infection, DVT or other serious complication. Such a large percentage of calls occurring so early combined with the nature of the reported problems suggests a knowledge deficit. It means that there are probably opportunities to improve patient education prior to discharge.

That might mean we need to put more emphasis on what patients should expect after hospitalization or surgery, including a focus on managing pain and gastrointestinal symptoms.

What do you make of the fact that patients calling the advice line had higher rates of 30-day readmissions (15% vs. 4%) and ED visits (30% vs. 7%) than those who didn’t?
The nurses triaging calls relied on patient reports and didn’t have routine access to their medical records. That approach may be fine if you’re dealing with a simple complaint, but not for a more complicated problem pertaining to a recent discharge. Because the nurses didn’t have a lot of recourse, they often sent callers back to the ED for evaluation. This may explain the higher rate of ED visits among those who called, but not necessarily why they were readmitted.

The finding that patients calling our advice line had a readmission rate nearly four times higher than those who did not call was really unexpected. Although the likelihood of being readmitted may be related to factors other than calling the advice line, it still identifies these patients as being at increased risk. Once identified, these patients might benefit
from targeted interventions “such as expedited follow-up “to help mitigate that risk.

What changes have been made based on your findings?
We are putting together a multidisciplinary committee that will include patients to look at pre-discharge education processes for medicine patients. We hope to collaborate further with surgical colleagues in this area as well. In terms of the advice line, there is a pilot program underway in which nurses can consult with an ED physician for patients with complicated post-discharge issues. The hope is that the doctor may be able to prevent some ED referrals.

In terms of my own practice, when I see hospitalized patients at risk for the type of problems I found in the study, I am more attuned to ensuring high quality education. I sit down at the bedside and try to get patients thinking about what it will be like when they go home, and I try to give them a realistic idea of what to expect. I also teach and evaluate my students and residents on these face-to-face interactions, encouraging them not to think of a hospitalized patient in a vacuum, but to anticipate what problems that patient is likely to run into and to help plan accordingly.

What’s the role for hospitalists?
Hospitalists care for 90% of medical patients at our hospital and are consulted on a growing number of surgical patients. As a group, we are well-poised to assist with quality improvement initiatives pertaining to discharge transitions. Additionally, hospitalists are starting to see the value of forming collaborations outside the traditional boundaries of the inpatient stay. Our study is a good example of that.