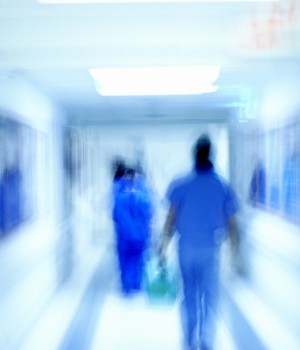 Published in the July 2011 issue of Today’s Hospitalist

Until recently, Kapil Passi, MD, had never experienced a tornado first-hand. After surviving the monstrous storm that ripped through Joplin, Mo., in late May, he hopes to never see another one.

Dr. Passi, a hospitalist with Apogee Physicians, was working at St. John’s Regional Center in Joplin, Mo., on Sunday, May 22, when the tornado slammed into the town, directly hitting the hospital. It would go on record as the deadliest tornado to touch down on U.S. soil since 1950.

The town of nearly 50,000 people lost more than 150 to the tornado, and the hospital complex was damaged so badly that it will likely be razed. Dr. Passi, who counts himself lucky to be alive, talked to Today’s Hospitalist about the moment the tornado struck and the events that followed.

Next-to-no warning
Dr. Passi, part of the 12-physician hospitalist group, was in the emergency department when the tornado hit just before 5:30 p.m. He was entering information into the computer system on a patient he was admitting when he realized the storm was coming.

Practicing in Joplin for two years, Dr. Passi had been through numerous tornado watches and warnings. A tornado alert had been issued that Sun- day, but he and his colleagues didn’t take it very seriously.

“During this time of the year,” Dr. Passi says, “we’re under this kind of warning almost every week. The hospital issues a gray alert, and we put all the patients in the corridors, away from the windows. Everyone is prepared, but we don’t really expect to be in the middle of a tornado.”

Making matters worse, the tornado was hard to see because it was so broad and obscured by sheets of falling rain. The hospital’s security team, Dr. Passi says, saw the funnel cloud only minutes before it struck.

“We really didn’t know exactly what was happening until the storm came,” Dr. Passi recalls. “The lights went off and pieces of the ceiling started flying.”

200 mile-per-hour winds
He says that the storm, which lasted about five minutes, carried the trademark sound of a freight train. The winds were clocked at 200 miles per hour and were so loud “even inside the ED “that it was difficult to hear anything else.

Dr. Passi and his colleagues huddled under desks. Besides the howling wind, he remembers hearing staff yell things like “stay in your rooms” to the patients and “stay low” to other hospital staff.

Throughout the storm, ED patients remained in their rooms, which were relatively unscathed. People in the waiting room, however, suffered lacerations.

Once the tornado passed, Dr. Passi looked around and saw only destruction. “There was broken glass and debris everywhere,” he says. “The water pipes broke, so water was dripping from the ceiling. There was no electricity whatsoever, so it was completely dark.”

Like a war movie
Using his cell phone as a flashlight, Dr. Passi tried to find an exit out of the emergency department that wasn’t blocked by debris.

The staff eventually found a way to the main building through the radiology department, which was located toward the center of the building. After checking the area to make sure it was safe, hospital staff started moving patients through radiology into the hospital.

But when the group reached the main part of the hospital, Dr. Passi says, it looked like the set of a war movie. “You’ve seen movies where the soldiers go into buildings and there’s broken furniture and broken glass,” he explains. “The walls were torn down and the ceilings were half-hanging. It was like somebody had ripped through the place with a jackhammer.”

While the ED was the first part of the hospital to be hit, Dr. Passi discovered that the two top floors “floors 8 and 9 “were “practically gone.” One floor, a rehabilitation unit, was deserted because it was a Sunday, while the OB/GYN patients on the other floor had been moved before the storm struck.

Another bit of good luck: the hospital’s back-up generators failed. With all the hanging electrical wires and leaking oxygen tanks, “the potential for sparks and fire could have made the situation even more dangerous,” Dr. Passi says.

Pickup trucks as transport
The physicians started to evaluate all the patients, looking for emergencies. Patients were stabilized and then moved out of the hospital.

“For the first one or two hours,” says Dr. Passi says, “we worked to get patients out of building to a safer area.” Physicians who were St. John’s employees and lived near the hospital pitched in, from PCPs to gastroenterologists and pathologists.

It took city rescue crews a couple of hours to arrive, bringing with them communications equipment. At that point, St. John’s staff could get in touch with other area facilities to begin arranging to evacuate its sickest patients.

Dr. Passi says that Freeman Hospital, which is across the street from St. John’s, accepted patients. While Freeman suffered some damage, it was open for business. A nearby long-term care facility with open beds also accepted patients. And members of the community began to mobilize, using pickup trucks and four-wheel-drive vehicles to transport patients. In all, says Dr. Passi, it took about three hours to evacuate a total of 180 patients.

A MASH unit
With their hospital destroyed, Dr. Passi and the other physicians worked for several days in two shelters the city had set up, one in a community center and the other at a nearby university. The hospitalists worked 12-hour shifts around the clock.

“For the most part, we were taking care of the medical management of these patients, but we also took care of basic lacerations we saw in the shelters,” he says. “If we saw any acute trauma, we would triage them and send them to an appropriate center.”

About a week after the tornado struck, St. John’s was able to erect a mobile 60-bed hospital, a MASH-type series of tents like those used for military field hospitals. Dr. Passi and his fellow hospitalists now work out of that mobile hospital.

The pharmacy and the lab are housed in trailers, as are CT and MRI machines. Electricity is supplied by generators, and only select parts of the mobile unit have running water, but Dr. Passi says it’s remarkable how quickly the hospital got back up and running.

The plan is to use the mobile hospital for no more than 90 days. The hospital intends to find another facility to use while it builds a permanent, new hospital.

While there have been news reports about mucormycosis infections in the area, Dr. Passi says he and his group haven’t treated any patients. Although he’s not an infectious disease physician, he says he suspects the area may have problems with the fungus because damaged homes and buildings are exposing residents to molds and other toxins. “I’m from India,” he explains, “and whenever we had these kinds of disasters, like an earthquake, within a few days we would see some type of epidemic.”

Returning to normal
Gradually, Dr. Passi says, life in Joplin is returning to normal. While his apartment building was destroyed, he has been staying with physicians in the area. Volunteers are running camps where residents can get clean water and food. Dr. Passi gets the sense that most residents plan to rebuild and remain.

The hospitalist group is functioning, but on a scaled-down level. A couple of the physicians had already planned to leave to start fellowships, and some have requested to be reassigned to other practices. Apogee is trying to keep the physicians who want to stay in Joplin there.

As for Dr. Passi, he plans to stay. “I want to be in Joplin long-term,” he says. “This experience has definitely made me more connected to the people here. I want to stay and help the hospital rebuild.”

Edward Doyle is the Editor of Today’s Hospitalist.

WHEN THE TORNADO STRUCK in Joplin, Mo., Joshua Rosenberg, DO, a regional medical director for Apogee Physicians, a national hospitalist management group, was on a jet headed toward Fort Smith, Ark. Shortly after he landed, Dr. Rosenberg received a call from his company, asking if he would take supplies to Joplin “and check in on the Apogee hospitalists working at St. John’s Regional Center.

Dr. Rosenberg quickly agreed to reroute the plane, which Apogee owns, to the disaster site. The pilots made a quick trip to WalMart to stock up on bottled water, blankets, canned food and other supplies. By the next morning, the plane was on the ground in Joplin and the supplies were offloaded.

Dr. Rosenberg had arranged to meet one of the group’s physicians at the airport, along with that doctor’s wife and two-year-old daughter, as well as hospitalist Kapil Passi, MD, who was working in the hospital when the storm struck. Dr. Passi had already gotten word to his wife that he was safe. (His wife, who is completing a neurology residency, lives in Dallas with their seven-month-old daughter.) “I knew they were watching CNN, so I wanted to let them know I was fine,” he says.

To help reunite the physicians’ families, Dr. Rosenberg flew Dr. Passi, as well as the other physician and his family, to Dallas.

“We were able to bring some needed supplies for physicians, most of which were donated to Red Cross,” Dr. Rosenberg says, “and evacuate people who otherwise had no means to leave.”