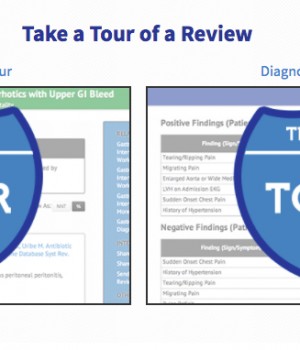 HOW OFTEN DO YOU FIND YOURSELF spending valuable minutes searching for credible evidence about the medications you prescribe? A new Web site aims to make your life easier by providing easy-to-read summaries of therapies used to treat common conditions.

The site, www.thennt.com, takes its name from the research term, “number needed to treat.” It was created by five emergency medicine physicians who wanted a resource that was easy to use.

“We’re emergency physicians,” says Graham Walker, MD, chief emergency resident at St. Luke’s-Roosevelt Hospital Center in New York, “so we’re all pressed for time to find research quickly and know that we can trust it.”

The site offers concise summaries of data on therapies for conditions that range from VTE to MI “although it works hard to avoid using that terminology. “We’ve tried to make the information at least accessible to nonmedical professionals. Instead of saying MI, we say heart attack, at least in the article title,” Dr. Walker says.

To be included in the site, medical literature must be conclusive. “We’ve discussed a lot of topics,” he adds, “but there wasn’t much high quality data for some that we felt we could review effectively and summarize.”

When the site does present data on a disease or condition, it typically gives a very strong message. The analysis on beta-blockers for heart attack, for example, gives a very clear verdict: 100% of patients saw no benefit, and 1.1% (or one in nine) developed cardiogenic shock. To drive home the point, The NNT uses a traffic light icon to rank therapies as either green, yellow or red. Beta-blockers for heart attacks get a red light.

Some critics have complained that the site oversimplifies the evidence, but Dr. Walker counters that The NNT site always provides a more detailed analysis of the data, as well as links to the journal articles being summarized.

And while other critics have said that the site focuses too much on the downsides of medications, Dr. Walker says that it fills a valuable role. That’s because all too often, he explains, journal articles themselves tend to downplay the downsides of therapy.

“If there’s a 1% mortality reduction,” he says, “some researchers might ignore the fact that 10% of patients had a massive hemorrhage. We tend to be fairly critical of medications.”