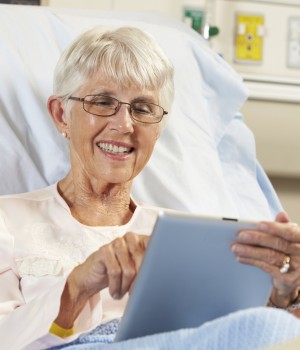 Published in the December 2012 issue of Today’s Hospitalist

MOST HOSPITALISTS AND ADMINISTRATORS would be happy to see patient satisfaction scores inch up in single-digit increases. But going from the bottom of the barrel to the top of the heap in a matter of months is pretty unheard of.

Yet that’s exactly what happened in one 30-bed medical unit at DePaul Health Center in St. Louis. Press Ganey scores jumped from less than 10% to more than 90% in 2011 for physicians, nurses and the discharge process. And the hospitalists played a key role in that dramatic turnaround.

What was behind the abysmal rankings? There was no one problem, says Sarada Sripada, MD, who is practice leader of the 14-hospitalist program at that large community hospital and regional director for IPC The Hospitalist Company’s St. Louis region. Instead, the unit targeted a host of processes that needed improvement, from admission to discharge to readmissions.

In the past, for example, patients arriving on the floor would have to wait for someone to start the admission, Dr. Sripada recalls. On the back end were double-digit readmission rates for conditions like pneumonia.

“We also found that communication wasn’t always good or consistent with patients and families.” In some cases, patients did not receive much information about their diagnosis and treatment plan, she adds, while others heard conflicting information from different sources.

At the same time, poor satisfaction scores “did not help hospitalist and nurse morale on the unit,” Dr. Sripada notes, especially when surgical units and telemetry in the 450-bed hospital were scoring much higher.

To turn all that around, a multidisciplinary group of IPC physicians, nurses and case managers orchestrated a nearly complete redesign of how unit clinicians interact with patients.

Immediate attention
The turnaround team tackled first things first. Patients arriving on the floor, for instance, now receive immediate attention. “The charge nurse and two other nurses go immediately to the room,” Dr. Sripada explains. They are followed in short order by the hospitalist.

Double-teaming the nurses ensures that patients are made as comfortable as possible and that the admission gets under way quickly. One nurse writes the patient’s name and goal ” to keep pain under control, for instance “on the white board in the room, while the other explains what will occur during the admission process. While that initial onboarding takes only 15 to 20 minutes, Dr. Sripada says that patients appreciate being front and center.

The hospitalists implemented an even bigger innovation: multidisciplinary daily rounds. The hospitalist tells the floor-unit secretary when a particular patient will be rounded on and indicates who else should be on hand for the discussion.

During the session, the hospitalist explains to the patient the plan for the day including testing, assessment, expected specialist consults and dietary considerations. Hospitalists also provide contact phone numbers for key members of the care team.

“Whys and whens”
According to Dr. Sripada, the key element in the rounds is the detailed discussion on the “whys and whens,” as well as the treatment plan.

When treating pneumonia patients, for example, “We explain the antibiotics we’ve prescribed, what they can expect as they recover and how long we expect they’ll be in the hospital,” Dr. Sripada says. Staff, patients and family members are encouraged to ask questions, which can range from how to head off constipation to predicting a timeline for removing a Foley catheter.

While the notion of multidisciplinary rounds is hardly new, DePaul’s robust dialoging during rounds seems to make a difference.

“Patients seem happier because they are learning more about their condition and what to expect,” Dr. Sripada notes. And satisfaction reports indicate that patients have a better understanding of what’s going on.

Nursing satisfaction is also on the rise. “They’re learning more about each disease or diagnosis,” says Dr. Sripada. “They also appreciate having an opportunity to talk to patients more extensively during rounds when the physician is on hand.” Depending on the complexity of the patient, this type of rounding usually takes a minimum of five minutes more than regular rounds. But because nurses are now better informed, they’re more confident handling minor matters without asking hospitalists to intervene.

“We’re not getting nearly as many pages from nurses because they’re asking their questions during rounds,” says Dr. Sripada.

A new buddy system
She admits that such radical changes can be resource-intensive. But the DePaul unit has managed to implement them without adding FTEs and while reducing the nurse-to-patient ratio from 1:6 to 1:5. It’s done so in part by putting a quasi-buddy system in place for the nurses.

Under the system, each nurse is assigned five patients. But if that nurse is busy when a physician wants to round on those patients, a “buddy” nurse will round instead and convey the information back to the original one. If both nurses are busy, the charge nurse rounds with the physician.

Hospitalists were understandably concerned that they would lose time waiting for staff during rounds. Instead, they find that increased rounding time is offset by fewer interruptions from nurses throughout the day.

For nurses, “They were concerned about leaving another patient’s room to participate in the rounds,” Dr. Sripada says. “But because of the buddy system, it has worked out OK.”

Doctors augment their discussions with targeted written educational materials. Nurses then use the teachback method to gauge patients’ understanding of what they’ve heard or learned about their diagnoses. That has standardized communication and ensured that patients receive a consistent message.

In addition, DePaul is now filling discharge prescriptions before patients leave. That’s a big improvement, Dr. Sripada says, especially for elderly patients who worry about how they’ll get prescriptions filled.

Community doctors also receive a fax notification upon both admission and discharge with diagnoses, medications and discharge instructions. And IPC’s discharge call center attempts to call every patient discharged to home within 72 hours to review those instructions and compliance, and intervene as needed to reduce readmissions.

The initiative, which is being rolled out to other units, is also improving readmission trends.