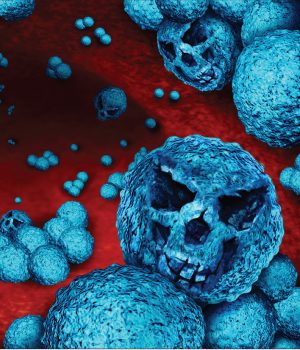 Superbugs on the increase; deaths are the decline

A REPORT ISSUED last month by the CDC contains this sobering news: More than 2.8 million Americans every year get sick with antibiotic-resistant infections. Every year, those infections cause more than 35,000 deaths.

Those figures are based on 2017 incidence data and are much higher than previous estimates. However, the report also finds that the number of deaths caused by superbugs every year in the U.S. appears to be falling, down from 44,000 in 2013. The agency chalked that decrease up to infection prevention and control efforts.

The CDC also identifies the following pathogens as urgent threats: drug-resistant Candida auris, carbapenem-resistant acinetobacter and enterobacteriaceae, C. diff, and drug-resistant Neisseria gonorrhoeae. (That last bacteria, according to the CDC, causes 550,000 drug-resistant infections every year.) The report lists more than a dozen other bacteria and fungi—including MRSA and drug-resistant tuberculosis—as serious or concerning threats.

Are Americans ready for diversity in their physicians? 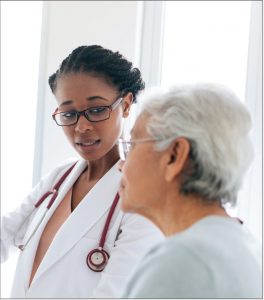 HOW ARE AMERICAN PATIENTS handling the growing diversity of the physician workforce? According to surveys of attending hospitalists, residents and medical students, the answer is “not so well.”

Researchers conducted focus groups of internists and medical students in the San Francisco area. About half the participants were nonwhite, and more than half were women. Clinicians reported being called the N-word, hearing disparaging remarks made to Muslims, and being subjected to explicitly racist, sexist and homophobic comments. Physicians experiencing those comments reported exhaustion, self-doubt and cynicism.

Barriers to addressing offensive comments included a lack of skills, uncertainty about who on the team should respond, and a perceived lack of support from attendings or the institution. Results were posted online in October by JAMA Internal Medicine.

Surgical residents apparently fare no better: In an article, surgical residents published on Oct. 31 by the New England Journal of Medicine, those physicians reported abuse and bullying from attendings as well as patients and families.