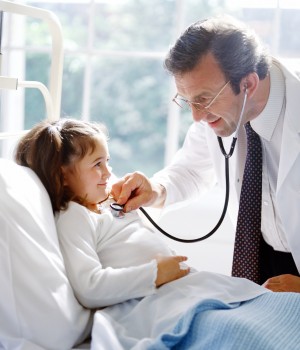 THE DEBATE over whether pediatric hospitalists should seek subspecialty status has been a hot topic in the pediatric community for many years.

That debate seemed to be settled this spring when the American Board of Pediatrics (ABP) filed an application with the American Board of Medical Specialties (ABMS), asking the ABMS to approve subspecialty status and certification for pediatric hospital medicine. If the application is approved, many current pediatric hospitalists and med-peds hospitalists could certify as subspecialists without further training. But eventually only those who complete a two-year fellowship would be eligible.

However, the discussion is still continuing, with the ABMS accepting public comments on the application through the middle of this month. (The ABMS may rule on the application as early as October.) Many in the pediatrics and med-peds community object to the proposal, according to Leonard Feldman, MD, the director of the medicine-pediatrics urban health residency program at Baltimores Johns Hopkins. Dr. Feldman says the subspecialty fix is targeting something that isn’t broken.

“We don’t think that, across the board,  people are finishing pediatric residency training capable of being effective pediatric hospitalists.”

“We are creating a large-scale solution when there’s no burning platform,” he says. He worries that requiring a fellowship for doctors to become board-certified pediatric hospitalists would increase health care costs, aggravate young doctors’ debt and potentially damage the pipeline of physicians entering the field.

But Daniel Rauch, MD, the associate director of pediatrics at New York’s Elmhurst Hospital Center, who chairs the Joint Council of Pediatric Hospital Medicine, disagrees. (The Joint Council includes representatives of several organizations including the American Academy of Pediatrics, the Academic Pediatric Association, the Society of Hospital Medicine, the PHM Education Task Force, and PRIS, a pediatric inpatient research network.)

He and his fellow proponents of subspecialty certification expect pediatric hospital medicine to derive the same benefits seen by every other generalist subspecialty in pediatrics, a list that includes pediatric emergency medicine, critical care and adolescent medicine. Those benefits, he explains, include clinical standardization, a more robust research enterprise, and the development of leaders with more formal training in quality improvement and patient safety.

As a subspecialist, “your job description changes, and you’re treated differently. You have a seat at the table with the other subspecialists,” he says. More importantly, “once we get a cohort of trained people doing research and quality, we’ll be able to improve the standard of care for all children, no matter who’s delivering it.”

A “recognized gap” in residency?
One big factor that has fueled the debate is whether or not pediatric residency fully prepares doctors to address the entire range of health needs among hospitalized children.

According to the ABP application, “Graduating residents are prepared to care for common problems in the inpatient setting, but it is not the role of categorical training to prepare pediatricians to care for the wider population of hospitalized children with complex disease or to specifically improve the hospital system.”

The application further notes that fellowship would help fill what’s referred to as a “recognized gap” between what doctors learn in a general pediatric residency and the core competencies of pediatric hospital medicine.

Dr. Rauch agrees with that assessment. “In pediatrics, there are huge variations in whether you’re trained in a pediatric children’s hospital or a community hospital,” he says. “Depending on where you train, you may never see some types of hospitalized patients. We don’t think that, across the board, people are finishing pediatric residency training capable of being effective pediatric hospitalists.”

That’s particularly the case, he adds, “if you want to take the next step and have an academic career or a leadership position. Fellowship training is necessary.”

But Dr. Feldman points out that any post-residency gap in clinical knowledge is not supported by any research or data. Further, “if you asked graduating pediatric residents what they’re more comfortable doing, inpatient pediatrics or outpatient primary care, most would tell you inpatient pediatrics.”

And while you might make the case (as Dr. Rauch does) that there’s a knowledge gap in residency in terms of quality improvement and patient safety, “my argument is that everybody needs that training, whether you are a specialist, a hospitalist or a primary care physician,” says Dr. Feldman. Instead of adding on a fellowship, “take a look at the pediatric residency curriculum and make sure it provides residents with the critical knowledge and skills they need.”

And if there is a knowledge gap in terms of quality and safety, he adds, “it’s just as great in primary care as it is in hospital medicine.”

Thumbs down to focused practice
Dr. Feldman is particularly disheartened that the ABP didn’t take a page from the adult hospitalist community and offer a focused practice option.

He admits that med-peds doctors are in a unique certification position and that he plans to continue recertifying in both general internal medicine and general pediatrics. But he thinks the focused practice option would be excellent for physicians who practice as pediatric or med-peds hospitalists.

However, it’s his understanding that the ABP looked at the ABIM’s focused practice track (one also offered by the American Board of Family Medicine) only in its first year or two after going live in 2010.

“They were talking about it as a failed pilot program when, from what I understand, it is actually doing very well right now,” Dr. Feldman says. “I think the American Board of Pediatrics missed out on an opportunity.”

But that’s not the case, counters Dr. Rauch, who says the ABP and others in the pediatric hospitalist community gave focused practice a fair hearing and found it wanting.

The way focused practice was designed, he says, physicians have to put in only a certain amount of time to qualify to sit for the exam. “That doesn’t hold up to what we felt was the quality control necessary to make sure someone has a certain amount of expertise and training.”

For one, the modules required for self-assessment and patient safety as part of focused practice are “too variable,” Dr. Rauch says. And “there’s no requirement that any of the work you submit is in anything related to what you do clinically. We felt there wasn’t any assurance that people getting this recognized focused practice really met any standards whatsoever.”

Instead, he says that it is entirely up to individual hospitals to decide what to require in terms of credentials. Taking pediatric emergency medicine as an example, he notes that there aren’t enough fellowship-trained pediatric emergency physicians to meet the country’s demand.

“We looked and we could not find a single pediatric emergency room in the U.S., including all the major children’s hospitals, that would not hire a pediatrician because he or she is not fellowship-trained,” he says.

However, it is true, he adds, that only fellowship-trained doctors can end up directing a pediatric emergency medicine division of a major children’s hospital. He thinks that same scenario will be duplicated in pediatric hospital medicine divisions within 10 years, if certification goes through.

“But this doesn’t mean you wouldn’t be able to work as a pediatric hospitalist without doing a fellowship, even in an academic center,” says Dr. Rauch. “There just aren’t going to be enough doctors who are fellowship-trained.”

Dr. Feldman, however, argues that if pediatric hospitalists felt they needed more training, more would already be taking the fellowship route. As of July 2016, the ABP application points out, 45 physicians across the country were enrolled in their first year of pediatric hospital medicine fellowships, out of a total of 49 positions offered. (According to the application, eight other fellowship programs are being developed.)

“The fellowship programs we have right now aren’t fully subscribed,” Dr. Feldman says. “If they were, market forces would be pushing those programs to become bigger and to multiply.” If certification is approved, he adds, more applicants will complete fellowship—”because we will be essentially coercing them into it.”

“When you’re not recognized by a board, you are not eligible for GME funds,” he says. “That completely changes once you’re recognized.” If subspecialty certification is approved, he expects both the number of trainees and of fellowship programs to grow.

The impact on med-peds?
If the ABP’s application is approved, pediatric hospitalists and med-peds hospitalists would have a temporary period in which they could take one of three pathways to sit for the certifying exam: They could complete a two-year fellowship; they could demonstrate that they’ve spent at least 50% of a full-time position over the previous four years in professional activities, with at least half that time spent in direct clinical care of children; or they could combine less than two years of fellowship with two years of practice.

The ABP estimates that the temporary period may last five or six years. After that, only doctors finishing a two-year fellowship would be eligible for subspecialty certification.

Dr. Feldman notes that even though grandfathering has a long tradition in medicine, the process makes him uneasy. “It seems unjust if I’m allowed to sit for this exam without going through this two-year fellowship,” he says. “We’re saying that it’s all right for other people to have to do the fellowship, just not us, and I don’t think that’s necessarily the right approach.”

He also worries about the effect subspecialty certification could have on med-peds residency programs. If pediatric hospitalists require a two-year fellowship to become certified, will doctors who might otherwise consider med-peds simply opt for internal medicine instead? Because med-peds physicians make up between 10% and 20% of the pediatric hospitalist workforce, that’s a concern.

Dr. Rauch says that while he understands med-peds’ special circumstances, he doesn’t see how there could be training exceptions. Instead, he notes that some fellowship programs are looking at ways to accommodate med-peds doctors who might want to certify in pediatric hospital medicine as a subspecialty while maintaining their medicine skills.