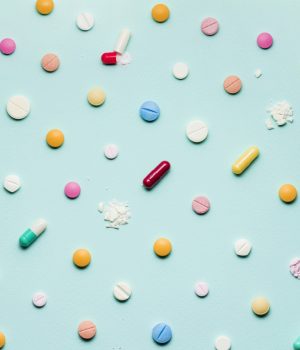 A GROWING NUMBER of randomized trials and systematic reviews continues to confirm that “shorter is better” when it comes to treating pneumonia with antibiotics, at least for patients with community-acquired (CAP) or health care-associated pneumonia (HCAP). But apparently, doctors are not getting that message.

Research published in Annals of Internal Medicine last month analyzed data on patients admitted to more than 40 Michigan hospitals in 2017 and part of 2018. The authors calculated the number of excess antibiotic days by subtracting each patient’s shortest effective treatment duration—based on time to clinical stability, pathogen and pneumonia type (CAP or HCAP)—from actual duration.

The results: More than two-thirds of patients (68%) had excess treatment duration, virtually all of which—93%—was due to antibiotics prescribed at discharge. Not surprisingly, patients treated for excess days reported more antibiotic-associated adverse events at 30 days.

“Doctors miscalculate duration all the time.” 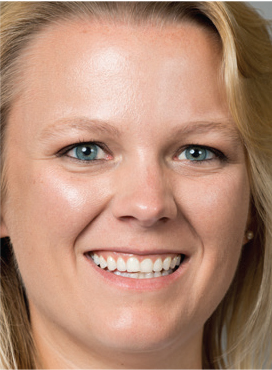 Why are physicians overtreating? “The evidence has changed, and with any change there’s a delay and lag in practice,” explains Valerie M. Vaughn, MD, MSc, the study’s lead author and a hospitalist at the University of Michigan and VA Ann Arbor hospitals.

“Another problem is that guidelines—particularly those for CAP, which are quite old and being updated— haven’t really specified that doctors should prescribe short-course therapy.” The last set of CAP guidelines, for instance, say that patients should receive at least five days of therapy.

“But newer guidelines for HCAP actually say that patients should get no more than the shortest duration required, and that small difference in wording helps,” she adds. “We expect the revised CAP guidelines to be that prescriptive as well.”

Your study cites other possible reasons why doctors overprescribe antibiotics for pneumonia, including worries about relapse or progression. But you also mention training. Do younger doctors need to be convinced that “shorter is better”?
I work with residents all the time, and they know this. They’re very good at pushing for de-escalation, for using shorter durations and getting patients off IV antibiotics.

Another factor that can drive longer duration is severity of illness. Whenever you talk to hospitalists, they always say, “Well, my patients are sicker, and that’s why I’m treating them longer.” I’ve said that myself.

But when you really look at the data, that’s not always the case; it’s an excuse, but not actually the truth. We didn’t find that excess antibiotic days were tied to patients having a higher pneumonia severity score or sepsis. So I think over-treatment is more of a physician and a hospital factor, not something that’s patient-driven.

One surprising finding in your study: Physicians who document how long a patient has been taking antibiotics tend to have fewer excess days. Why is that?
That was my favorite finding in the whole manuscript. It could be that hospitals with good stewardship programs put more weight on having doctors calculate—and document—how long patients have been taking antibiotics.

But I’d like to think that mindfulness also plays a role, keeping patients’ start date in mind. Otherwise, we don’t really know how long the course has been. And when you’re in a hurry and patients are ready to leave the hospital, you think, “Well, they’ve been in the hospital for a few days, so let’s just give them four more days of antibiotics at discharge.” It’s almost as if we’re re-starting the clock on therapy at discharge.

As part of another grant, we have pharmacists doing time-outs with hospitalists prior to discharge around medications. And you realize during these time-outs that doctors miscalculate duration all the time.

The pharmacists, on the other hand, track how long patients have been taking antibiotics and often convince the physician to not prescribe more at discharge. When no one tracks duration, it’s easier to default to a random number, instead of one that’s evidence-based.

Could that problem be fixed through the EHR? Could the EHR prominently display the start date for antibiotics and automatically calculate the duration?
That can be difficult for an EHR to calculate automatically because antibiotics are often changed over the course of a hospitalization. But you should be able to automate a requirement in a discharge summary to document a start date, which is what we’re planning to move toward.

Also, the terminology is changing, and “health care-associated pneumonia” may go away. That probably reflects the fact that using HCAP led to a ton of overuse of vancomycin and anti-pseudomonal therapy in patients who weren’t at high risk of having MRSA or pseudomonas.

The new guidelines due to come out are supposed to address pneumonia that starts in the community and will probably end up including both what used to be known as CAP and HCAP. It will be called something along the lines of community-onset pneumonia with and without risk factors.

So doctors may know that differentiating CAP from HCAP isn’t actually useful anymore. The problem is that all the studies that looked at five-day duration excluded HCAP. But I suspect, given what we’ve learned from other diseases, that five days will end up being useful for those patients as well.

You mentioned that discharge time-outs between hospitalists and pharmacists promote better discharge stewardship in prescribing. What other interventions would you suggest to reduce excess antibiotic days?
A lot of hospitalist groups rely on incentive metrics tied to quality. Unfortunately, many of those focus on things that are often beyond our control, like readmissions.

But there are things like: Are you prescribing the right antibiotic to your patients at discharge? Are you not giving antibiotics to patients who don’t have symptoms of a UTI? These are factors that are definitively appropriate or not—and we can actually change them. So some hospitals use these as pay-for-performance bonus metrics, and that’s been very powerful. That’s especially true when you have data, like we do, that have been vetted so are actually believable.

Published in the September 2019 issue of Today’s Hospitalist.