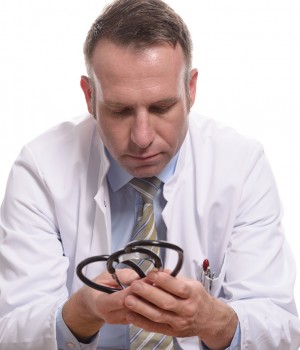 How do you stay out of trouble, not only with plaintiffs’ attorneys but licensing boards? David Frenz, MD, a hospitalist for HealthEast Care System in St. Paul, Minn., recently talked with Mark R. Whitmore, JD, managing partner of Bassford Remele, a Minneapolis law firm that represents Dr. Frenz’s health care system. They discussed ways in which hospitalists can protect themselves from lawsuits and stay out of licensing trouble.

David Frenz, MD: In broad strokes, what is medical malpractice?

Mark Whitmore, JD: Medical malpractice refers to a health care provider being negligent in providing care. That doesn’t mean the provider intended to cause harm. Rather, the issue is whether the care was consistent with the standard of care in that community, and whether failure to comply with that standard caused damage to the patient.

What is “standard of care”?
The term refers to whether the care provided was reasonable under the circumstances. Standard of care does not mean best practices.

What are some common mistakes that physicians make that complicate malpractice defense?
I find that doctors consistently try to do the right thing. They often get into trouble because they didn’t do a good enough job charting their care.

The patient or attorney starts with a negative outcome or complication and works backwards. So when patients or lawyers initially review a case, they assume that the care wasn’t good unless the chart says otherwise. Complete charting saves physicians those kinds of headaches.

Hospital medicine proceeds at a very brisk pace, and charting can be skeletal. What are concrete ways to improve documentation?
If you can avoid one lawsuit in your career, the extra time documenting is well-spent. Some examples include documenting a patient’s decision to decline a test or intervention that you recommend. Or if you’re concerned that a patient’s condition may change, consider leaving conditional orders in the chart that trigger a call from the nursing staff. And when you review labs, initial that you saw them. That way, there won’t be any controversy later over whether you reviewed the results.

Refusals of care “some big, some small “are common. Is it enough to document verbal refusal by a patient, or should hospitalists get written refusals on standard consent forms?
You generally don’t need patients to sign a consent form noting that they have declined care. It is extremely important, however, that physicians note in the chart that they explained the potential benefits of an intervention and the risks associated with declining such care. Don’t put yourself in a position where a patient or lawyer doesn’t believe you discussed a particular plan of care because you failed to take a few seconds to mention it in the chart.

Hospital medicine has a fair number of unpreventable bad outcomes, including disability and death. Does this put hospitalists more at risk?
It is much easier to defend a case in which the physician is “active” in a patient’s care. Juries do not like to see doctors who appear to have been reluctant to get involved or hesitant to try and care for the patient. “Active” mistakes are generally easier to defend than passive ones.

Juries like to see doctors and nurses as their advocates in health care. Juries are far less receptive to providers who appear “fairly or not “to be indifferent to their patient’s overall health care direction. Time, attention, consent and thorough charting place physicians in the best overall light with juries, licensing boards, patients and family members.

What are some passive mistakes?
Say a hospitalist is paged to the ICU because vital signs have changed. Maybe she sits at the nurses’ station and reviews telemetry data but never actually examines the patient. While seeing the patient may not have contributed to medical decision-making, spending a few minutes with the patient demonstrates the hospitalist’s concern and attention.

I also see cases in which nurses have called physicians during the night because they don’t feel right about a patient, and those concerns are rebuffed. The nurses put their concerns in the chart along with the fact that they spoke to the doctor. If it appears that the physician heard the nurses’ concerns but didn’t respond or wasn’t interested, that physician won’t seem as engaged with a patient as a jury might like him to be.

Are these the same situations that get doctors in trouble with licensing boards?
From a licensing perspective, medical boards are heavily focused these days on patient rights, so physicians need to involve patients in developing a plan of care. In lawsuits and licensing matters, people who review cases want to see that the patient received and understood choices, not that the physician unilaterally selected a direction for care.

What is the best way to document this? Are phrases such as “informed consent to treat was obtained” or “patient agrees with plan of care” sufficient? Or do we need more elaborate chart entries?
There are different schools of thought on this issue. Generally speaking, I am OK with this more general type of documentation. Physicians aren’t required to list every potential risk of a procedure, which could wrongly steer patients away from an important intervention.

Likewise, if you list some extraordinarily unlikely risks but not others, you also will be criticized. I’d urge something in between that takes into account the most severe and most likely risks, particularly if the procedure runs the risk of death, paralysis or some other major complication.

Who else is concerned with consent?
The conditions of participation from the Centers for Medicare and Medicaid Services [CMS] require patients’ written acknowledgement of informed consent. This signed acknowledgement can be all the documentation you need, or it can be in addition to documenting a conversation that you have with a patient about consent. Nurses are not allowed to conduct the informed consent discussion. That role rests with doctors.

Hospitalized patients are generally pretty sick. How important is it to specifically assess and document their medical decision-making capacity?
This comes back to the issue of patient rights. A patient who lacks decision-making capacity is not able to consent. So if there are concerns about decision-making capacity, but you believe the patient is capable of consent, an extra sentence or two in the chart explaining why you believe that to be the case would be helpful. It will also make your life much easier to work with nursing staff to encourage patients to sign a health care directive soon upon admission, particularly if you observe their ability to make these decisions begin to deteriorate.

From a liability perspective, if a patient does not have the capacity to consent and a physician proceeds with a medical procedure, then the physician can be liable for improper touching, which is known as battery. By thoroughly charting the capacity issue, physicians can protect themselves from such a claim.

Physicians are forever confused by capacity and competence. Are they the same? And what are the legal standards that apply to our work?
While these are closely related, they are different. Patients have the capacity to make medical decisions if they are aware of their situation, including the reason for hospitalization; if they are able to comprehend facts related to the benefits and risks of, and alternatives to, the proposed treatment; and if they are able to communicate a clear choice regarding treatment.

If any of these is missing, patients cannot give informed consent and cannot be treated unless someone else consents on their behalf, or the situation is emergent.

Absent evidence to the contrary, we presume that every adult has the capacity to consent. Disagreeing with a physician’s recommended treatment or wanting to make a decision that does not seem to the physician to be in the patient’s best interest is not evidence of a lack of decision-making capacity.

And even when patients lack that capacity, they may still be “competent” under the law. For example, a patient may not be able to make medical decisions because one or more of the factors I mentioned is missing. But that patient may be legally competent to sign a lease to rent an apartment. Competence is important, but capacity to make an informed decision is much more important in this context.

What are the consequences, legal or otherwise, of failing to obtain informed consent for medical care? Is it a crime?
I’ve not seen that prosecuted, except in extreme cases such as improper touching. Informed consent is most commonly associated with civil lawsuits seeking monetary damages. Licensing boards and the CMS also take a strong interest in making certain that informed consent is obtained.

David Frenz, MD, a hospitalist for HealthEast Care System in St. Paul, Minn., is board certified in both family medicine and addiction medicine.