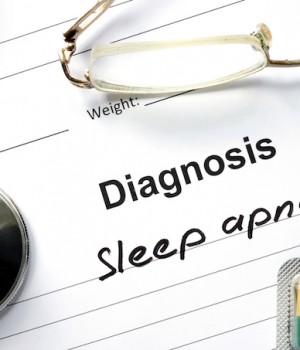 Among the many conditions that hospitalists need to worry about, obstructive sleep apnea probably isn’t at the top of the list. But inpatient physicians should consider it more often, particularly for surgical patients undergoing anesthesia and even medical inpatients.

Dealing with sleep apnea in the hospital comes with some major challenges, from limited evidence and lack of reimbursement to resistance from patients over using continuous positive airway pressure (CPAP) machines. But identifying and minimizing risks can help inpatients whose airways close when they sleep, according to a session at this spring’s Society of Hospital Medicine conference.

Because surgical patients with sleep apnea suffer higher rates of mortality and complications, screening patients preoperatively should be routine, according to the two physicians from Boston’s Beth Israel Deaconess Medical Center who presented the session. Pulmonologist and sleep medicine specialist Geoffrey S. Gilmartin, MD, and hospitalist Suzanne Bertisch, MD, also said that hospitalists need to ensure that sleep apnea identified in the hospital is prominently mentioned in discharge summaries and planning.

One major educational issue at discharge, said Dr. Bertisch, has to do with how sleepy these patients can feel even at their best. Adding sedatives and other medications commonly prescribed at discharge warrants stern warnings against driving when sleepy. Patients also need timely referral to sleep labs for proper diagnosis and treatment.

Hospitalists should use a hospitalization to prompt patients to seek treatment they may have been slow to explore before. “Communication with the primary care provider is essential,” said Dr. Bertisch. While initiating CPAP is probably better done in the outpatient setting, she added, hospitalists should definitely broach the subject as part of patients’ discharge plan.

Higher mortality, more complications
About 4% of the U.S. population is thought to have sleep apnea. But among certain hospitalized populations, rates are probably much higher.

“Most epidemiological studies have found a high prevalence of sleep apnea in multiple medical populations, including those with hypertension and cardiac disease,” Dr. Gilmartin said. Moreover, he noted, a growing body of literature is backing up the hunch that sleep apnea contributes to higher perioperative morbidity and mortality.

“This is a topic that has been under-addressed but has face validity,” he said. “If you close your airway and you are in a situation where you fall asleep “like on anesthetics “you will desaturate.”

When that happens, both in post-anesthesia care units (PACUs) and on the floor, perioperative complications can include higher risk of encephalopathy, infection and increased ICU stays for cardiac surgery patients, according to a study published in the Oct. 25, 2006, issue of Chest. Research in the March 13, 2008, issue of Chest likewise found an increased rate of postoperative respiratory, cardiovascular, GI and bleeding complications in sleep apnea patients identified during a preoperative assessment for elective surgery.

“There certainly aren’t enough data to screen every patient with A fib,” she noted, “but it is something to keep in mind if you have patients being readmitted for A fib recurrence.”

While there is a growing debate over who and when to screen a group of anesthesiologists developed a quick questionnaire that can be used in preoperative clinics. The STOP questionnaire, published in the May 2008 issue of Anesthesiology, asks about Snoring, Tiredness, Observed apnea and high blood Pressure. The BANG tool adds four more questions about Body mass index, Age, Neck size and Gender.

According to Dr. Gilmartin, patients identified through such questionnaires should be monitored more closely than patients who don’t face an increased risk for desaturating. Hospitalists should use continuous oximetry or CPAP when possible and avoid opioid analgesics if they can.

Dr. Gilmartin’s team developed a pathway that starts by screening all perioperative patients with a similar set of questions. They then follow up with a PACU and floor management protocol that stresses continuous oximetry, which is monitored through a telemetry system, and more frequent nurse vital-sign checks (every two to four hours) to watch for desaturations. The protocol also ensures that all information is included in discharge planning.

Since the protocol was introduced in May 2008, Dr. Gilmartin said, nearly 6,500 patients have been screened. Of those, 8% were diagnosed with sleep apnea and more than 14% were found to be at risk.

Problems with CPAP compliance
If they can, hospitalists who identify sleep apnea in patients should call a sleep medicine consult. “Even if you get only a 50% hit rate among patients,” Dr. Gilmartin said, “you’re confident that that’s the best you can do.”

Unfortunately, he added, CPAP is drastically underused in hospitals. A study in the August 2008 issue of Sleep and Breathing found that only 6% of patients who came into the hospital with previously diagnosed sleep apnea were prescribed the therapy to prevent predicted desaturations. Dr. Gilmartin’s experience at Beth Israel Deaconess is that screening results in a dramatic increase in the number of CPAP machines being ordered.

But Dr. Bertisch pointed out, that many patients resist using CPAP for the first time in the hospital. If patients aren’t already used to CPAP masks, they likely won’t use them in the hospital “even when the masks are prescribed. That makes additional monitoring in the hospital, Dr. Gilmartin said, even more important.

“Most of the gain comes from extra monitoring,” he said, “rather than from compliance.”

Should hospitalists prescribe nocturnal oxygen for these patients instead? Dr. Bertisch recommends against it.

“There are no data to support it, and I think it can serve as a barrier to real treatment of sleep apnea,” she said. Patients often complain about the noise that oxygen concentrator machines make, which can discourage them from following up in outpatient sleep labs and with CPAP.