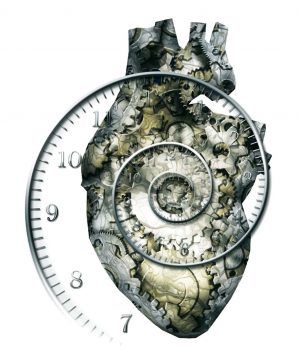 EVERY JOB and specialty has chores that come up over and over: menorrhagia for gynecologists, headaches for neurologists, acute abdomens for surgeons. For hospitalists, some admitting diagnoses are so common that we take them for granted.

But once in a while, something looks ordinary but isn’t. Same symptoms and physical findings as others you’ve seen, but this patient just doesn’t fit the pattern you’re used to. And some very serious imitators require early diagnosis and treatment to prevent death or disability. The following list is my top 3 of urgent diagnoses we don’t want to miss.

“Flesh-eating bacteria”
“We don’t usually need morphine for cellulitis, do we?”

Standard problem: Patient comes to the ER with a warm, swollen, red area and fever. Your eyebrows go up at the temperature of 102 degrees. They rise even further when the nurse calls to tell you that good old hydrocodone isn’t controlling the pain in a “cellulitis” patient who doesn’t act like a substance abuser.

Mortality from an aortic dissection rises with every hour surgery is delayed.

You carefully marked the edges of the red area, but when you visit 12 hours later the redness has expanded and so has the area of tenderness—well outside the margins you marked. In addition, serous bullae have formed, or you find fluctuance and/or induration when you palpate. The patient begs you not to do that again.

Your patient has now reached the second stage of necrotizing soft tissue infection also known as necrotizing fasciitis or (if you’re a journalist) “flesh-eating bacteria.” That tenderness outside the area of redness is caused by an infection that spreads via the deep tissues, and you are now officially entitled to panic.

Start by increasing antibiotic coverage, and make that a stat order. The ED doctor’s vancomycin was a good start, but you also need to cover for gram-negative organisms, group A strep and (if the patient was anywhere close to salt or brackish water) Vibrio vulnificus. NOW CALL THE SURGEON. Survival rates decrease for every day that surgical debridement is delayed, and amputation rates increase.

CT scanning will help confirm the diagnosis, while the fascial changes and/or gas in tissues will help motivate and guide the surgeon. Nothing beats a high index of suspicion, broad antibiotic coverage and a surgeon willing to perform a wide debridement procedure.

Backache with the pain control problem
This is usually a patient with other medical problems, and the neck or back pain may even start while he or she is admitted for something else. Physical examination doesn’t reveal much except a little tenderness, but this is a new problem, and it may be accompanied by fever or an increased white blood cell count or sedimentation rate. But that’s true only 50% or 60% of the time.

If the diagnosis of spinal epidural abscess (SEA) isn’t clear until neurological symptoms and findings are present, you will be dealing with a neurosurgical emergency. That means calling the neurosurgeon at 4 a.m. no matter how grumpy he is, and ordering a stat MRI to be done while Dr. Surgeon drives to the hospital. The damage caused by spinal cord compression becomes irreversible unless surgery is done within a few hours. That is why the literature reports a 22% rate of disability and why many lawsuits involve a delayed SEA diagnosis.

Be on the alert for neck and back pain in patients who are immunocompromised or those who have “hardware” that can range from spinal implants to hemodialysis grafts. Bacteria, both staph and gram negative, can spread both locally and hematogenously, so be generous with antibiotics. And get an MRI or CT (in order of sensitivity) at your very first suspicion of a spinal problem, whether you’re thinking of an abscess or another problem.

Not just another chest pain
We admit so many chest pain patients that it’s hard not to get casual about them. The ones with suspicious EKGs generally have seen a cardiologist before you arrive, and a few more will surprise you with positive cardiac enzymes.

But what about the patient with severe chest pain and an EKG that is normal or shows only left ventricular hypertrophy from years of high blood pressure? He or she had nothing to suggest thromboembolic disease, so no one ordered a CT scan or D-dimer. Think, doctor: Is it safe to sit back and wait for the troponin levels?

The most common risk factors for aortic dissection covers risk factors & symptoms of dissection, unfortunately, are the same as for atherosclerosis—smoking, hyperlipidemia and hypertension. Connective tissue disorders are rare, and most people with bicuspid aortic valves don’t know they have them.

Suspect the diagnosis based on the pattern (particularly changing location) and severity of pain, maybe check for a difference in blood pressure between the two arms or slight widening of the mediastinum on the chest X-ray, and listen carefully to the family history. Stroke-like symptoms are common in people with these risk factors, but compromise of the carotids by an enlarging aneurysm can cause them, too.

If the patient is very lucky, somebody will think of pulmonary embolism and order a D-dimer and/or chest CT; both have over 95% sensitivity for dissections. Or you can become a hero by ordering one (or an echocardiogram) yourself, simply because the symptoms make you suspicious. You then have to get the patient the care that’s needed, because mortality from an aortic dissection rises with every hour surgery is delayed.

Staying vigilant and pulling strings
You were told this all through your training: Your job is not only to figure out what’s the most likely explanation of a clinical presentation, but to think of the most dangerous one. Because you may have to convince a reluctant surgeon, have all your tests in a row. And if your hospital doesn’t have the necessary surgical specialty on staff, be prepared to call the nearest tertiary care center and tell them you need an answer now.

Sure, you can do without all the drama of a midnight operation, but here’s a chance to have a patient walk out of the hospital unassisted and to get some well-deserved praise from your colleagues. That’s worth a little extra thought and testing.

Stella Fitzgibbons, MD, has been a hospitalist in the Houston area since 2002. She has seen all three of these problems not just in her own practice but in reviewing records for plaintiff attorneys.