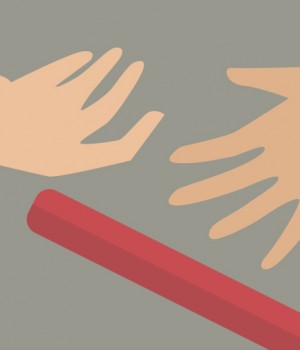 THE IMPORTANCE of minimizing risk from physician handoffs has received plenty of attention in recent years. But a new study suggests that one type of handoff may have much higher stakes than the transitions at the end of hospitalists’ shifts or their scheduled service: monthly end-of-rotation resident handoffs.

The research, which was conducted at 10 academic VA medical centers, found that mortality rates—both in-hospital and post-discharge—were significantly higher in patients whose care was  punctuated by an end-of- rotation resident handoff.  Patients whose hospital stay involved an end-of- month transition in care  between residents, interns  or a combination of the  two had between 64%  and 95% greater odds of  hospital mortality. In addition, 30-day mortality rates for such patients ran between 76% and 82% higher.

Increased mortality continued to 90 days post-discharge and remained high in all patients subjected to such a handoff, even after researchers adjusted for variables such as age, sex, race, comorbidities, length of stay and calendar month. Based on their analysis of nearly 231,000 discharges between 2008 and 2014, the researchers estimated that 718 additional in-hospital deaths occurred in connection with end-of-rotation handoffs.

“The strongest signal was with the intern-to-intern transitions, with an adjusted mortality risk up to 20% higher.”

In the study, intervention groups included patients who died or were discharged within seven days of a resident care transition, while controls included all other patients outside that seven-day handoff window. The findings were presented at the American Thoracic Society conference in May.

Today’s Hospitalist spoke with the lead author Joshua Denson, MD, a pulmonary and critical care medicine fellow at the University of Colorado-Denver, who was a chief resident at New York University when the research was conducted.

Why do you think mortality appears to increase more with this type of handoff than with other types studied?
The study doesn’t suggest a causal relationship between resident handoffs and increased mortality. But it appears there’s a clear association, and that’s definitely concerning. It might be that this particular type of handoff is much more “permanent” than other ones: When residents go off rotation, most of them are gone for good, so this particular transition might have a longer lasting effect.

Why did you want to study such handoffs?
We had done a single-institution study of this transition—looking at more than 23,000 discharges involving resident handoffs—when I was at Bellevue Hospital Center in New York, and we found higher mortality. We wanted to see if we’d find the same association in a multi-center study. We chose the VA because we could look at some other variables and collaborate to make the results more generalizable.

In the last 20 years, studies have looked mostly at shift-to-shift handoffs, with a focus on processes of care and communication factors. But few have actually looked at the effect of resident handoffs on patient outcomes.

What surprised you most about your findings?
The fact that the handoff effect on mortality was there not only in the hospital and before the variable adjustment, but after adjusting and after discharge. Our hypothesis was that we would see a similar finding to our earlier study, but we didn’t expect it to be as profound or with such a strong signal, or as generalizable.

The strongest signal was with the intern-to-intern transitions, with an adjusted mortality risk of up to 20% higher, even after discharge. This could possibly make sense because they’re the most novice physicians.

We also found the long-term, 90-day post-discharge mortality increase more interesting than the in-hospital mortality figures. That suggests that something is happening while patients are in the hospital during this transition that we need to work on, focusing on the period immediately after the residents actually leave.

It might be that patients are getting discharged more quickly than they should be once the transition occurs. The incoming resident might not have enough information to determine when patients are actually ready to be discharged.

Some institutions are trying to reduce this risk by implementing “warm handoffs.” What do those look like?
Both NYU and Colorado have implemented some type of warm handoff. The idea is that the day after a resident goes off rotation and the incoming resident is on duty, the outgoing resident comes back on service to round with the new team, so there’s a face-to-face handoff.

This is not a formal program, and it hasn’t been studied yet to see if it actually improves outcomes. But it’s an intervention with a very low risk of negative consequences, and I’d like to study it further. The only downsides I see are possibly time and resources.

The other big issue here—and one that might warrant an intervention—is that, to my knowledge, this type of transition is not standardized at many institutions. People tend to focus on end-of-shift handoffs and on how to standardize those. But from what we’ve seen, there appears to be little standardization in resident handoffs in terms of whether residents communicate verbally, in writing or not at all.

Our data show that despite mandatory training in how to hand patients off at the end of your shift or service, end-of-rotation handoffs are perhaps a more important, permanent transition that’s often overlooked in terms of how the handoff is structured. I also think it’s important to consider that this might be a higher-risk period than we expected, based on our post-discharge mortality data, and that we should look for ways to make this type of transition safer.

Of course, every hospital is different with a whole host of different schedules, and we don’t know the best way to structure these handoffs. But common sense would indicate that if you can stagger residents’ schedules to minimize the handoff risk, as well as standardize the process and communication, that may be worthwhile.

What’s the takeaway for hospitalists?
For academic hospitalists, I think it’s important that they recognize that resident-handoff patients might be at higher risk for poor outcomes.

For all hospitalists, the fact that this mortality association exists around handoffs might suggest that even patients being transitioned on the last day of hospitalists’ on-service schedule might be at slightly higher risk. It might be worthwhile to pay just a little extra attention to those patients, whether they’re staying in the hospital or being discharged.

And a final key point: This is an area that deserves further study, and I think our investigation definitely should be validated with others.