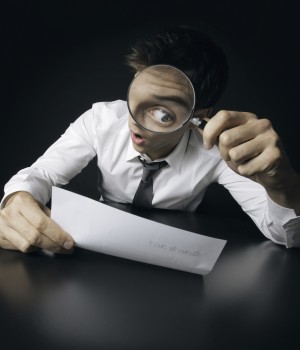 You’re in the market for a new job, and you like your prospective colleagues. The group is located in your home state, and you’re OK with the money being offered.

But when the contract arrives, questions crop up. The physician you’ve been talking to at the group tells you that the terms of the contract are just boilerplate, but you’ve got concerns. What should you do?

According to two attorneys who have worked both sides of health care contracts, physicians shouldn’t be in a rush to sign on the dotted line. Instead, they should review contracts with an attorney and think through the possible implications of what they might be signing off on.

Here’s a look at contract issues that doctors should pay attention to, as well as fixes to make contract language more physician-friendly.

“You still see some pretty quirky things like, ‘Let’s split it,’ or ‘We’ll pay tail if you stay so many years,’ ” Ms. Roediger says. “But across the board, I want to see tail coverage paid.”

If your prospective group won’t budge from paying only claims-made coverage, she adds, “You want to see a four-year written estimate of the cost of tail coverage directly from the insurance company.”

If he’s representing a physician, Dr. Knoll wants the contract to very explicitly spell out shifts and schedules, with the hours that the physician will be expected to work, including call hours and call responsibilities. Groups or hospitals, on the other hand, “want terms as general as possible to have the flexibility to respond to unusual circumstances. It’s that type of tension.”

According to Ms. Roediger, if you sign off on vague provisions about night coverage or when shifts start and stop, you could find yourself in a situation where you’re routinely working 20% more than you expected to.

That’s why she believes that doctors should insist on having not only their block schedule spelled out, but also the actual lengths of shifts. Clients of hers have had problems because the doctors they’re supposed to sign off to repeatedly show up late. As a result, their 12-hour shifts stretch to 14.

“You need a mechanism in the contract so you’re paid for your extra time,” Ms. Roediger says.

While Dr. Knoll admits that it’s rare to see “a schedule carved in stone,” he nonetheless likes to see as many specifics as possible outlined in a contract. He also likes to see a provision tying compensation to the number of hours worked.

“If I do more, I get paid more,” he says. “Sometimes it can be as easy as negotiating an hourly rate.”

Money with strings attached
Signing bonuses, which are fairly common, sometimes come with a repayment penalty if doctors don’t stick around for a proscribed length of time. What’s reasonable? According to Ms. Roediger, physicians shouldn’t have to repay a signing bonus if they stay at least a year unless that bonus is “something huge.” She defines “huge” as being more than $25,000.

Dr. Knoll, however, thinks it’s reasonable for doctors to have some repayment requirement if they receive a signing bonus of $20,000 and leave before they’ve been in a job two years.

But instead of forfeiting the entire bonus, he prefers to structure repayment on a monthly basis “and specify that in the contract. If you agreed to stay at least two years and received a $20,000 signing bonus but then leave in a year, for example, you’d give back $10,000.

One item that Ms. Roediger does not like to see on a repayment list is moving expenses. “Once you’ve moved there,” she says, “you’ve satisfied that condition.”

Noncompetes
Neither Ms. Roediger nor Dr. Knoll understands why hospitals continue to put noncompete clauses in hospitalist contracts. As Ms. Roediger points out, it’s unlikely that a hospitalist leaving one hospital is going to start wheeling patients in their beds to a new hospital down the street.

Some noncompetes try to stop hospitalists from remaining in an area and practicing any type of medicine, even if they want to set up an outpatient practice and stay out of hospital medicine for a few years.

“The hospital in that case is shooting itself in the foot,” says Dr. Knoll. “You want a doc who burns out of hospital medicine to open up shop and send patients to you.”

He prefers to see a nonsolicitation agreement in which hospitalists agree to not try and steal a hospital’s (or group’s) patients or employees. “That’s fair and reasonable,” says Dr. Knoll. “If there’s a geographic restriction in there, that’s when I push back.”

Giving notice
As far as Dr. Knoll is concerned, “the most important thing I look at in the contract is the exit strategy.” So how much notice should doctors have to give when leaving a practice?

“I do not like anything under 60 days and really nothing over 120, but 90 days is perfect,” Ms. Roediger says. “And it works both ways. You never sign a contract that allows your employer to get rid of you with less notice.”

Dr. Knoll points out that some hospitals do ask doctors to give 180 days notice. “Those are hospitals that have real trouble recruiting,” he explains.

And if a physician client of his is moving across the country for a new job, Dr. Knoll doesn’t want to see that physician in a new community without a job if the hospital rethinks its plans and gives him notice soon after he arrives.

“In a situation like that,” Dr. Knoll says, “I may ask the hospital to give the physician 180 days termination notice. Or we’ll often write in the contract that the hospital or group can’t terminate the physician during the first year, unless it’s for cause.”

Clinical timeframes and demands
Hospitalists sometimes run up against contracts that stipulate that they will see all patients before noon, for instance, or return all phone calls made to them during their shift within 30 minutes. Dr. Knoll notes that if you don’t return a nurse’s call within a half hour because you’re busy resuscitating a patient in the ICU, you’re technically in breach of your contract.

“I will try to turn that more toward the middle ground of, ‘will use reasonable efforts to answer all calls within 30 minutes,'” he says. That way, doctors don’t run the risk of violating the contract, while hospitals and groups still retain the right to address physicians who chronically don’t return calls.

The right to all your revenue
According to Ms. Roediger, clauses giving a hospital or group the right to bill all of a physician’s professional charges are fairly typical. Problems arise when hospitalists moonlight at other hospitals, act as consultants “or even sell real estate on the side.

“It’s not unreasonable for a practice to want to know if you’re filling other positions, particularly if those involve you using your professional license,” she says.

Some groups may want you to do any moonlighting only in-house; other groups may not want you to do moonlighting at all, particularly if those extra shifts don’t allow you to rest up between your grueling weeks on. Who pays your malpractice insurance if you work part-time in another hospital’s ED is also an issue.

And even acting as a consultant may be problematic if you’re advising a competing hospital or practice. “We’ll usually opt for provisions that talk about written consent, and hospitals that are fair and reasonable will provide that consent,” says Dr. Knoll. “But I don’t think it’s unfair for an employer to say, ‘I don’t want you moonlighting unless I agree to it.'”

Taking time off
Some contracts say that hospitalists are welcome to take time off “as long as there’s no financial impact on the practice. With this type of clause, don’t expect to take time off, even if paid time off is technically part of your benefits package. “There’s always financial impact when someone takes off,” Dr. Knoll points out. “This is the type of thing that I fight to get rid of.”

Providing services “as determined by the hospital”
When such language crops up in contracts from hospitals in health systems, hospitalists often worry that they’ll be assigned to work at a sister hospital across town. Because hospitals do need some flexibility, says Dr. Knoll, physicians must do their homework before agreeing to sign a contract with such a provision.

“Are there other hospitals in the same system?” he asks. “Is there a nursing home?” If there’s a setting in which you don’t want to work, he adds, try to negotiate an exemption.

Ms. Roediger says that she tries a different tack. “I’d suggest there would be some consent to assign you to another location,” she says.

Gag clauses
Some contracts specifically state that you can’t discuss the terms of the contract with anyone but your attorney. According to Ms. Roediger, she always wants to add that you can extend those discussions to your spouse and family members.

If you sign and then go on to swap details about your compensation with other doctors in the area, you’re technically in breach. “But clauses like that are worth the paper they’re written on,” Ms. Roediger points out. That’s because hospitals simply wouldn’t go after doctors for discussing contract terms.

Ms. Roediger also says any gag clause should extend to both parties. “You can agree to not make any defamatory statements about your employer,” she says, “but that better be mutual.”

Finally, while you want to protect yourself, you don’t want either party to feel that it has been battered by relentless negotiations.

“It’s really important that you can trust each other and work together, and that works both ways,” Dr. Knoll says. “An employee who is rigid and is trying to play every advantage is going to impress an employer as not being a team player.”

Hospitalists who agree to work 2,100 hours a year will resent having to work 2,300, he points out. But hospitals also need some flexibility.

“If someone says, ‘I see only 15 patients and that’s it’ when the ER is drowning, the employer is going to resent that,” Dr. Knoll points out. “You have to get things to as happy a medium as you can.”