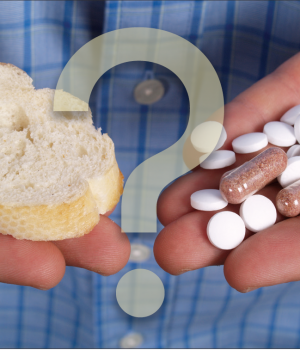 HOSPITALS EVERYWHERE are struggling to find ways to reduce readmissions. Those with more ready resources—academic centers or suburban hospitals that treat more affluent patients—may be able to invest in post-discharge clinics or NPs/PAs to follow patients after discharge and try to drive readmission rates down.

But rural hospitals often don’t have those kinds of resources. The good news for one 160-bed rural hospital in northeastern Kentucky is that a lay-health worker—someone from the community with only a high-school education and not a lot of formal training—can actually be more cost-effective.

“You can potentially hire two lay-health workers for the price of one RN, if not three,” explains Roberto Cardarelli, DO, MPH, a family medicine physician and researcher with University of Kentucky Family & Community Medicine in Lexington.

“With someone from their own community, patients aren’t ashamed to say they can’t afford food.” 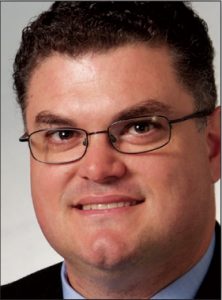 Moreover, according to a recent study that Dr. Cardarelli was lead author of, lay-health workers may be much more effective than clinicians in preventing 30-day readmissions among high-risk patients.

“The lay-health worker was able to establish a bond and trust early on with patients, more so than trained professionals,” he says. “With someone from their own community, patients aren’t ashamed to say they can’t afford food or have social issues, and they don’t feel stigmatized either consciously or unconsciously.”

Published in the February issue of Health Education Research, the study found that having a lay-health worker assess potentially high-risk patients in the hospital and then follow them for 30 days post-discharge cut their readmission rates nearly in half. In the study population, readmission rates dropped from 28.3% to 14.8%, a relative reduction of 48%.

High-risk patients
In a previous study in the July 2017 issue of The Journal of Rural Health, Dr. Cardarelli laid out the return on investment of the lay-health worker program, which was piloted at St. Claire Regional Medical Center in Morehead, Ky.

The return for patients covered by DRG-related payments “was just above a dollar difference, so fairly breakeven—but the quality scores were really increased,” he notes. But for patients covered by pay-for-performance programs, he estimated that a hospital would derive $7 in revenue for every $1 spent on a lay-health worker program. And for a hospital that is part of an ACO, which was the case with St. Claire, he calculated that the return was $38 for every $1 spent. Other studies have found that care transition interventions can help hospitals avoid close to $4,000 per patient in costs over six months.

In the research published in February, inpatients were identified as being at high risk for readmission if they scored a 7 or higher on the LACE index, which clinicians at St. Claire perform on every admitted patient. (LACE stands for Length of stay, Acuity, Comorbidities and the number of ED visits within the past six months.)

Patients from post-acute settings or those who were unstable or in isolation were excluded. Partnering with the research team was Kentucky Home Place, “a very well-known community health worker program in eastern Kentucky,” Dr. Cardarelli says.

“The person we hired was specifically trained to do health assessments and to be a health coach.” That worker also received additional training in how to develop “a repository of community resources.”

Keeping the electricity on
Over several months, researchers enrolled more than 100 patients from one general medical/surgery floor. Every morning, the lay-health worker was given a list of high-risk patients and, once cleared to do so by a floor nurse, approached individual patients to administer a Wellness Needs Assessment. That composite tool screens for depression and anxiety as well as social issues like transportation and housing problems and safety and financial barriers. The lay-health worker also received access to patients’ post-discharge instructions, orders and appointments.

Once patients were discharged, the worker followed up by phone within 48 or 72 hours. She then maintained “almost daily” phone contact early on in the first 30 days, Dr. Cardarelli says, to see what assistance patients needed and to connect them with community services.

Social factors emerged as the biggest problems. Among patients in the study, 27% reported struggling with the cost of food, while 16% had transportation problems—related to either costs, access or both— that interfered with their ability to make follow-up appointments or pick up prescriptions. A majority (65%) had a medical condition that required them to have electricity, but close to 16% had their household utilities cut off either occasionally or frequently.

“They didn’t realize that there’s a form a physician can sign that doesn’t permit the utility company to turn off electricity, even if patients can’t pay,” he says. Once the lay-health worker was aware of the problem, she would print the form and help the patient complete it. She also would connect them with food banks and with cab vouchers and medical transportation services that are covered by Medicaid. According to the February study, patients who reported transportation cost barriers were more than three times more likely than other high-risk patients to be readmitted within 30 days.

The impact on wellness
So were social factors, not the acuity of patients’ underlying medical conditions, driving readmissions? “One is related to the other,” Dr. Cardarelli points out. “If someone is oxygen-dependent but their electricity is turned off and they can’t use their oxygen concentrator, they’re going to have acute respiratory failure. These upstream issues lead to chronic conditions becoming acute, so the two are linked.”

Surprisingly, he notes, almost all the patients in the study (94%) reported having a personal physician. “That really illustrates a statistic the CDC has published: that hospitals and the medical community affect only 20% of a patient’s total health and wellness, and 80% is driven by their social issues,” he says. “This is not just about having access to a primary care provider.”

Since the research ended, St. Claire has decided to place its lay-health worker in the ED instead of on the floor. That way, the worker will be able to follow not only high-risk patients admitted to the hospital, but those discharged from the ED as well.

As for Dr. Cardarelli, “we’re having discussions to see if we could pilot a lay-health worker program in an urban setting here in Lexington.”

I am a hospitalist nurse practitioner and have had to re-admit patients over and over due to the inability to timely follow up with their PCP and due to lack of close monitoring. After several discussions with patients, they often admit that they were confused over the medication changes and discharge instructions they were provided at discharge. The home health nurse visited the patient, but they were unable to contact the PCP or the discharging provider for clarification.