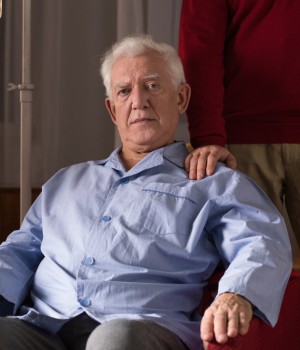 WHEN PATIENTS’ uncontrolled hypertension threatens to get worse, it’s understandable that doctors want to do something, and quick. But some prescribers overreact by inappropriately ordering IV antihypertensives, potentially putting patients at risk for adverse events.

That’s the conclusion of a retrospective study conducted at the Detroit Medical Center and at Wayne State University, which looked at inpatient prescribing patterns for asymptomatic uncontrolled hypertension. The study, which was published in the March 2016 issue of the Journal of Hospital Medicine, examined when IV agents—and which IV agents—were ordered, who prescribed them, and whether the order was followed by a change in patients’ oral medications. Patients with a clear indication for IV antihypertensives were excluded.

Researchers examined three months’ worth of charts and found that 172 patients received at least one dose of an IV antihypertensive. Among those patients, 33% experienced a blood pressure reduction of more than 25% within six hours of dosing—a reduction that is more aggressive than recommended for hypertensive emergency. And patients received the IV doses even though their blood pressure on admission (163/87 on average) did not meet criteria for hypertension urgency or emergency, says study co-author Lynette Moser, PharmD, an associate professor of pharmacy practice at Wayne State.

“We end up seeing in practice what gets passed on in training.”

“In most cases, IV antihypertensives were not needed,” says Dr. Moser, noting that 84.5% of the IV doses were administered to patients whose systolic was less than 180 mm Hg.

“Other studies have shown similar prescribing patterns,” she points out. “I suspect that the inappropriate use of IV antihypertensives might be common in academic centers and that it’s something that gets passed on in residency.”

Who ordered what, when
In the study, residents and advanced practice clinicians—at 49% and 35%, respectively—were responsible for the vast majority of IV-antihypertensive orders. About half the patients (48%) received a single IV dose, while 26% received two doses and 11% got three doses. One patient was administered 10 IV doses.

Most prescribers who ordered IV doses opted for hydralazine (80.1% of orders), followed by beta-blockers: 15.6% of orders were for labetalol and 4.4% for metoprolol. The specific agent chosen is important, Dr. Moser explains, because the relative patterns of lowering blood pressure can vary substantially.

“Hydralazine, in particular, does not have a predictable lowering rate, and it is subject to inter-patient variability,” with some patients experiencing a dramatic drop of blood pressure in a short period. A study published in the November-December 2011 issue of the Journal of the American Society of Hypertension, she notes, found that 17 of 94 patients who received an IV dose of hydralazine experienced an adverse effect.

And while labetalol has a more predictable lowering rate, it might be contraindicated in patients with low heart rates.

“Overall, there’s a higher risk of hypotension and target-organ ischemia with IV agents because the onset of action can be rapid, which is something that some prescribers with limited experience might not be aware of,” says Dr. Moser. Interestingly, she and her colleagues found that IV metoprolol did not lower blood pressure.

Adverse events
In the Wayne State study, 56 patients receiving an IV antihypertensive (32.6%) experienced a rapid reduction of blood pressure, with 21 having some adverse event. Eight required a countering intervention such as an IV fluid bolus or holding an antihypertensive dose. Thirteen who received IV hydralazine had a heart-rate increase of more than 20 beats per minute, while seven patients ended up with a heart rate exceeding 100 beats per minute.

One patient who received labetolol developed bradycardia. None of the patients, whose average age was 61, required transfer to a higher level of care because of hemodynamic instability or cardiovascular sequelae associated with IV antihypertensives.

Dr. Moser also points out that prescribers might not be aware of the cost of IV antihypertensives, which can be 10 times more than oral agents. “That doesn’t take into account the higher costs of administration and the infection risk with any IV agent,” she notes.

The mean blood pressure that triggered administration of any IV agent ranged from 183/93 on the night shift to 182/97 on the afternoon shift. Blood pressures in that range generally can and should be initially treated with oral regimen intensification, says Dr. Moser, in the absence of diagnosed or new end-organ injury.

What drives IV prescribing?
According to Dr. Moser, it can be difficult to tease out specific factors behind individual prescribing patterns.

In the case of IV antihypertensives, what clinicians learned in training is probably the key factor. But convenience and psychological factors—and possibly an educational deficit—might also be at play.

In terms of convenience, physicians may queue up IV antihypertensive orders and blood-pressure thresholds to avoid interruptions. As for the psychology behind over-prescribing, Dr. Moser suspects that some physicians might have an intense fear of hypertension emergencies. Still others might want “the gratification of seeing the blood pressure number change” while the patient is on their watch, she says.

Finally, some prescribers might not have a good handle on blood-pressure targets and goals and how quickly blood-pressure reductions can or should occur in asymptomatic patients. Current recommendations call for reducing blood pressure in hypertensive patients relatively slowly, over a month.

But one big problem: Existing guidelines don’t address asymptomatic blood-pressure elevations. “There’s a real lack of randomized controlled trials in this area, and what we are using is not the strongest guidance,” says Dr. Moser. “That’s why we end up seeing in practice what gets passed on in training.”

Oral dosing
The Wayne State research also revealed a possible knowledge deficit in terms of blood-pressure control: Only 89 (52%) of patients in the study who received an IV dose had their oral regimen adjusted before discharge.

“That was the biggest surprise to me, the number of patients who did not have their oral antihypertensive regimens increased,” says Dr. Moser. “The take-home message is that patients who come in with uncontrolled hypertension need to be assessed and treated for their longer-term needs.” The objective, she adds, is to “get them to their blood pressure goal over several weeks, not while they’re in the hospital.”

To correct inappropriate prescribing, Dr. Moser recommends that hospitals first get a handle on what’s happening in their institutions. If the findings are similar to Wayne State’s, an aggressive, multidisciplinary educational campaign can highlight the risks and costs of unnecessary IV antihypertensives.

“Some hospitals might decide,” she notes, “that they need to implement policies to limit the use of these IV agents in patients for whom they’re not needed.”