Published in the February 2018 Today’s Hospitalist

AN INFORMAL COMMUNICATION APPROACH has been the linchpin of an intervention to successfully reduce possible over-diagnosing of myocardial infarctions (MIs) in patients with elevated troponins.

That effort at Scott & White Medical Center-Temple in Temple, Texas, began in 2014 after cardiologists reviewed data from dozens of the system’s hospitals. Those data showed that troponins were commonly elevated in patients who did not have an acute MI. Further, data revealed that some patients with elevated levels who’d been rushed to the cath lab and put on potentially dangerous blood thinners still experienced adverse outcomes—because their elevated troponin was due to having sepsis, not an MI.

“We don’t see ourselves as practice police.” 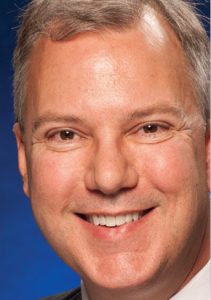 Even when outcomes weren’t that dire, assuming that every elevated troponin indicated an MI led to unnecessary orders for additional labs, ECGs, and cardiology consults, as well as increased (or inappropriate) lengths of stay. Because the hospitalists at Temple place those orders, they were the target of an intervention designed to check each MI diagnosis before a cardiology consult is called or the cath lab activated.

“We were interested in figuring out who has an MI and who doesn’t,” says Jeffrey Michel, MD, interim chief of cardiology. “That’s harder than it sounds.”

How it works
In a study published in the May 2017 issue of the Journal of Hospital Medicine, Dr. Michel and his colleagues looked at 2013-14 data on elevated troponin levels from 14 Scott & White hospitals. They found that only 28% of elevated troponins were associated with a primary or secondary diagnosis of acute MI.

According to Dr. Michel, the current definition of an acute MI is “a patient with symptoms consistent with MI and a rise and fall in their cardiac troponin.” But doctors don’t have any confirmatory MI test like they do for pulmonary embolism, where imaging can confirm whether or not there’s a clot in the pulmonary arteries. Plus, there’s no magic troponin level beyond which an MI diagnosis is a sure thing.

Clearly, an elevated troponin level needs to be taken seriously. “It’s certainly a marker for sicker patients,” Dr. Michel points out. “If troponin is negative, the patient is unlikely to have an MI. But if it’s positive, he or she is still unlikely to have one, so where do you go next?”

The Temple intervention relies on data already in the hospital’s EHR and on the opinions of in-house experts.

Here’s how it works: The cardiology nurse who has been reviewing every MI diagnosis code for years now flags cases that don’t add up to an MI. In such instances, the nurse immediately approaches one or two cardiologists tasked with being the final “deciders.” They then consider the rise and fall of patients’ troponin levels, review the ECGs and patient symptoms, and determine whether an MI is likely.

If the diagnosis does not stand, the nurse gives feedback to the hospitalist about the case that same day, picking up the phone and calling the hospitalist. Initially, such discussions occurred several times a week with a number of hospitalists. But as the learning curve has leveled off, the number of those phone calls has declined to only a couple a month.

Diagnostic comfort level
Often, the feedback given involves pointing out that a particular patient had no chest pain or other clinical indicators for acute MI, despite an elevated troponin.

“Much of what we do is to let hospitalists know that it is OK to have a patient with an elevated troponin but not diagnose acute MI,” Dr. Michel says. “After hospitalists hear about how we make these decisions, they usually feel more comfortable making that call on their own.”

Feedback also helps put hospitalists at ease who may think they need to include acute MI as a diagnosis with an elevated troponin to help maximize documentation and billing. “Most hospitalists don’t necessarily want to code NSTEMI for every abnormal troponin,” he adds. “But they know hospitals are paid on DRGs and that reimbursement changes when an NSTEMI diagnosis is added or removed.”

In addition, hospitalists now know to be on the lookout for repeat patients who will always have positive troponin levels because it’s in their bloodstream. Those patients are on a list to not be admitted based solely on troponin values.

“We’re navigating uncertainty,” says Dr. Michel. “This is very much a work in progress.”

Keep it low-pressure
Intervention results won’t be published until later this year, but Dr. Michel notes that the number of diagnostic heart caths ordered for hospitalized patients has dropped significantly.

To make such a feedback loop succeed, Dr. Michel recommends the following:

• Give feedback in a nonjudgmental, nonthreatening way. Keeping discussions low-key is why each case is addressed in a phone call, not a formal meeting. These discussions also don’t include leadership from cardiology or hospital medicine.

And don’t issue report cards, says Dr. Michel. The point is not to set up competition among doctors, friendly or otherwise.

• Share information. While Dr. Michel didn’t develop any formal curriculum, he did talk to the hospitalist group about problems related to overtesting and over-diagnosis. He also talked about diagnosing MIs and about how data showed that only a minority of elevated troponins indicate a heart attack.

• Involve everyone. Consider the interests of others in the hospital, from cardiologists to ED representatives (who currently send patients to the hospitalist service to rule out MIs) to critical care specialists. As the number of diagnostic caths has dropped, for instance, the cath lab had to explain those reduced numbers to hospital administrators. But cutting back on diagnostic caths ordered to rule out blocked arteries may clear the lab for a growing number of aortic valve replacements.

Moving forward
Dr. Michel hopes to use system-wide data to build calculators and an algorithm to better estimate patients’ likelihood of an MI. That could lead to even more targeted discussions on who would benefit from catheterization.

The hospital also plans to begin using new high-sensitivity assays despite concerns that those will yield more false positives. Those assays may allow for short-interval (one to three hours) troponin testing with cardiac imaging in the ED without having to admit patients. That could cut down on the number of patients the hospitalists admit for rule-outs.

As for other practice variations—some doctors order stress tests for patients with elevated troponins, for instance, while others don’t—”we don’t see ourselves as practice police,” Dr. Michel says. “Variation that doesn’t result in MI misdiagnoses or poor patient care or outcomes is not our concern. If and when we identify care patterns that needlessly increase costs or expose patients to increased risk, we’ll work on specific interventions.”