WHEN RESEARCHERS at the University of California, San Francisco (UCSF) looked at how accurately prescribers in the hospital chose doses of direct-acting oral anticoagulants (DOACs), they found deviations from recommended dosing. Those ranged from 7% of dabigatran orders to 18% of all orders for apixaban.

Because adjusting doses to account for patients’ renal function, medical conditions and co-medications is complicated, the researchers anticipated finding problems. But “unexpectedly,” says Janice B. Schwartz, MD, lead author of the study published in the July issue of the Journal of Hospital Medicine (JHM), investigators found that the most common dosing error was due to giving too little, not too much, of the drugs. Moreover, researchers chalked up half those wrong doses to doctors continuing a dose that outpatient physicians had ordered.

“Giving too small a dose could basically be giving patients a very, very expensive placebo,” says Dr. Schwartz, a cardiologist, clinical pharmacologist and geriatrician who is professor of medicine, bioengineering and therapeutic sciences at UCSF. For her, that unpredicted finding illuminates a problem that typically begins in the outpatient setting, where most DOACs are prescribed to prevent strokes in patients with nonvalvular atrial fibrillation. (In the study, nearly three-quarters of the DOAC prescriptions were for a fib/flutter.)

“Giving too small a dose could be giving patients a very, very expensive placebo.” 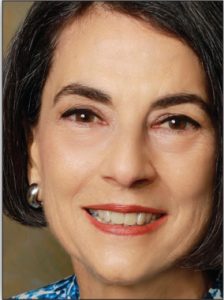 DOACs started in the hospital, she points out, are often for venous thromboembolism or pulmonary emboli, which are typically ordered only for months. But DOAC prescriptions for a fib are being used chronically, so getting the dose right clearly matters.

A problem with outpatient education
While the study wasn’t designed to identify the causes that drive under-dosing, Dr. Schwartz says researchers found clues in the physician notes they studied. Doctors chose many of the lower-than-recommended doses because they feared that elderly people at increased risk of falls could suffer a major bleed if they took the recommended—higher—anticoagulant doses.

But a recent national study showed that it is patients with atrial fibrillation who receive too high doses who bleed, she explains, while patients given too low doses had more strokes than those who were correctly dosed. That finding opens up quality-improvement opportunities for hospitalists and others involved with medication reconciliation and drug selection in the hospital.

“Many doses were continued from the outpatient to the inpatient setting,” Dr. Schwartz notes, which underscores another big problem: Outpatient physicians haven’t received nearly “as much education yet” about proper DOAC dosing as hospital-based providers.

In addition, it’s much harder to get outpatient doses right because most community pharmacies, unlike those in hospitals, “don’t have access to information on a patient’s renal function” that they can use to help doctors adjust doses. At UCSF, by contrast, hospitalists often work with multidisciplinary teams that include pharmacists who calculate the right doses for patients with renal dysfunction.

That makes hospital admission an excellent “opportunity” for physicians to check dosing to make sure it complies with FDA-approved recommendations. When it doesn’t, that should prompt a conversation with outpatient providers as to why not and whether to fix it. As part of that discussion, hospitalists “should reassure outpatient doctors that fall precautions and training to prevent falls” can help elderly patients started on DOACs, she says. But “lowering the dose of the medication is not the answer.”

Reducing doses for renal function
Hospitalists admitting patients on DOACs also need to check dosing because sick, hospitalized patients develop renal dysfunction due to their illness, comorbidities, diet changes and other medications. Unfortunately, Dr. Schwartz points out, that is easier said than done. Clearly, DOAC dosing is more complicated than physicians thought it would be when the drugs first began to be marketed less than a decade ago.

It turns out that using these drugs requires the kinds of electronic point-of-care decision-support tools and CPOE systems that rarely exist at most institutions.

Complicating matters, she notes, is that each DOAC—rivaroxaban, apixaban, dabigatran or edoxaban—has different FDA-approved recommendations for renal function cutoffs for dose reduction. Further, the calculations used to determine dose adjustment often require information that physicians may not have when they’re ordering the drugs.

Most labs, for instance, report estimated glomerular filtration rate (eGFR), while dosing recommendations are based on creatinine clearance (CrCl) rates. A previous study that Dr. Schwartz published in the October 2016 issue of the Journal of the American Geriatrics Society concluded that “substitution of GFR estimates for estimated CrCl can lead to failure to recognize indications for reducing DOAC dose and potentially higher bleeding rates than in randomized trials.”

Since the study published this July in JHM ended, Dr. Schwartz says that UCSF has started working to improve point-of-care decision support for these drugs. The first improvement addressed another dosing discrepancy the study uncovered: the fact that rivaroxaban should be taken with food when the dose is over 10mg, which wasn’t happening 93% of the time. “That was the easy one” to fix, she says.

Pharmacist review
Another change they are working on now, says Dr. Schwartz, is to try to make sure a pharmacist reviews all DOAC orders soon after dosing. Down the line, she also wants to improve the medication reconciliation process, expanding the focus beyond making sure the right medications are started and stopped to also include an opportunity to “recalculate doses.”

Dr. Schwartz also recommends that hospitalists create electronic algorithms or other decision-support tools to flag patients whose doses should be reviewed. Such a flag would remind physicians to calculate creatinine clearance and adjust dosing to account for renal function and to check for interacting medications. Unfortunately, such interactions are different for each DOAC.

“Most people starting anticoagulation are being started on these agents now, not warfarin,” she points out. “We are now seeing a major transition, and it’s our responsibility to make sure we do it right.”

DOACs’ unintended consequences
ONE UNINTENDED consequence of patients taking direct-acting oral anticoagulants (DOACs) instead of warfarin is that many patients now aren’t nearly as educated about their anticoagulation as they may once have been.

Janice B. Schwartz, MD, a cardiologist, clinical pharmacologist and geriatrician with the University of California, San Francisco, points out that patients on warfarin—who visit clinics monthly to have their INRs checked—spend time there talking about anticoagulation with nurses, pharmacists and physicians. Patients on DOACs don’t.

She also notes, however, that some patients taking DOACs have taken significant steps to head off potential problems, particularly given the fact that most DOACs don’t yet have approved reversal agents. She finds, for instance, that some now wear medical alert bracelets and carry a list of medications with them in case they have an emergency that brings them into a hospital.

And when hiking or traveling, they stock up on quick-clotting emergency packs. That’s convinced Dr. Schwartz that physicians who prescribe these agents should educate patients about being prepared: “Have an emergency pack and an exit strategy.”

DOACs’ unintended consequences are also fueling Dr. Schwartz’s current research collaboration—with Derjung Tarn, MD, PhD, at Santa Monica’s UCLA Medical Center—that includes interviewing patients on what they know about their anticoagulants. “Going from warfarin to DOACs, patients are going without additional monitoring and attention,” she says, “yet they have the same bleeding risks.”