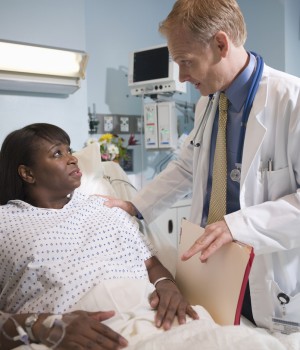 Published in the July 2011 issue of Today’s Hospitalist

UNDER PRESSURE TO IMPROVE EFFICIENCY, many hospitalist groups are experimenting with two approaches: geographic units and multidisciplinary rounds. Both strategies can potentially help physicians move patients more quickly through the hospital. But hospitalists have to think carefully about how they want to structure either of these innovations.

At a session on emerging workflow models at this year’s Society of Hospital Medicine meeting, hospitalist Eric Howell, MD, explained that re-engineering both patient assignments and rounds can pay off in terms of reduced length of stay and better in-hospital communication. But by streamlining their workflow, physicians may be shooting themselves in the foot because they’re diluting their influence throughout their institution.

Instead, said Dr. Howell, who is chief of the hospital medicine division at Johns Hopkins Bayview Medical Center in Baltimore and at Howard County General Hospital in Columbia, Md., physicians should take a big-tent approach and try to disseminate their expertise throughout the entire hospital.

“We gain leadership and respect,” said Dr. Howell, “through our ability to turn the whole hospital around.”

Dedicated units vs. …
Hospitalists who work on dedicated or geographic units know that the arrangement offers some real benefits. When you have all or most of your patients assigned to one unit, you know what your maximum workload will be: the number of beds on that unit. And hospitalists quickly get to know all the staff in that unit and develop excellent working relationships.

“You know their idiosyncrasies,” Dr. Howell said, “and if you have any, they’ll get to know yours.” That collegiality makes it easy for hospitalists to spearhead quality improvement projects on the units they “own.” In addition, Dr. Howell said, “Leadership forms more naturally when you have strong relationships.”

Why would hospitalists want to trade the benefits of dedicated units for service-based patient assignments, where hospitalists basically take care of everyone in the hospital and commute from floor to floor? As Dr. Howell explained, restricting hospitalist expertise to only one unit “or even several units “reduces their influence hospital-wide.

“Even if you do a great job of QI in your unit, the impact may be diluted by poor quality in other units,” Dr. Howell noted. The big-picture issues that hospitalists are expected to tackle “improving ED throughput, capacity or patient satisfaction, for example “are more difficult to coordinate if you’re spending all of your time in one or two units.

And if you work in a competitive environment that includes other hospitalist groups, “you may find it hard politically to break outside of your unit to have any meaningful impact,” Dr. Howell added. “You may be in a program that is stuck being the same size year after year, with limited growth and stagnation.”

… service-based assignments
That’s not to say that service-based hospitalists, who work throughout the entire hospital, don’t face their own challenges.

For one, Dr. Howell said, “Can you actually remember all those nurses’ names? You may have a panel of 10 or 15 patients with 10 nurses taking care of them. That’s a lot of names to recall.”

And while you can launch quality improvement projects that tackle core problems, it’s a lot harder to get hospital-wide projects off the ground than an initiative that entails only one or two units. Corralling all the leaders of many separate departments “observation, telemetry, surgery “into signing off on your idea can be a real challenge.

Plus, when you cover the whole hospital under a service-based model, you can quickly lose control of patient volume. Hospitalists caring for patients throughout the hospital run the risk of becoming much more harried and burning out.

“You may even be seen as an outsider,” he added, “so doing things like quality improvement and relationship building can be a struggle. The nursing manager who would be your ally if you were dedicated to that unit sees you as an enemy.”

Bigger service area, bigger rewards
Given such downsides, Dr. Howell continued, why would anyone want to cover the entire hospital unless they were ordered to do so? Because while tackling hospital-wide problems is much more challenging, hospitalists can reap much bigger rewards from acting facility-wide.

“Many of the advantages of a service-based model are intangible,” said Dr. Howell. “You can get massive resources if you’re out there to fix the hospital and you’re successful.”

Those resources can include case managers dedicated to your service and the ability to negotiate higher salaries for your group. Administrators who see the advantages of hospitalist leadership hospital-wide are much more likely to fund more staffing and flexible scheduling, a plus for younger physicians and for hospitalist retention.

Which to choose?
Dr. Howell noted that many hospitalist groups just starting out might choose to lead first with unit-based patient assignments, on the theory that physicians’ workflow would be more contained and manageable. But if he was just starting up a group, said Dr. Howell, he would pick service-based every time.

“It’s much more complicated,” he admitted, “but if you do it effectively, you can get whatever you need in terms of managing leadership and investing in your group.”

Dr. Howell noted that he doesn’t have to choose just one model. At Johns Hopkins Bayview, the hospitalist group has moved to a mixed model, with half the hospitalists working in dedicated units while the other half rounds throughout the hospital.

“When we complain, people listen,” said Dr. Howell. “We can say ‘no’ to things that are very important to us as a group, based on the fact that we build relationship capital with the hospital and the other clinicians.”

The down side of taking a unit-based approach to multidisciplinary rounds is that hospitalists must travel from unit to unit to participate, hitting as many as half a dozen units. As a result, physicians may end up interacting with many more rounding teams and juggling more information handoffs.

“It’s much harder for the doctors,” said Dr. Howell. “You can’t remember which social worker you told what.”

The up side of the unit-based model is that the staff in each unit already has a strong working relationship. But because staff members have such a tight bond, physicians in unit-based multidisciplinary rounds are sometimes seen as superfluous.

“Other team members will say, ‘We’ll do rounds without you, and we’ll page you if we have questions,'” Dr. Howell explained. “That’s probably not the best way to run multidisciplinary rounds.”

Team-based rounds
Dr. Howell noted that his group fought hard for the alternative: team-based multidisciplinary rounds. As a result, his hospitalists hold rounds on all the patients covered by their service.

One big benefit of the team-based approach: “Physicians generally stay put,” Dr. Howell said. “The various nurses, social workers and case managers come to where the docs are, and I think that’s actually better for the doctors. And physicians are the major participants.”

Another big advantage for doctors is that “you unload all of your information during one multidisciplinary round, so there are fewer information handoffs.”

But Dr. Howell admitted that team-based multidisciplinary rounding comes with its own challenges. “You really need strong case management leadership here,” he said. “If you have various units not participating because they feel they’re not going to need this or they don’t have information, multidisciplinary rounds can fall apart.”

And because the team-based model relies on pulling nurses in from various units, “the frontline nurses aren’t typically participating,” Dr. Howell pointed out. “It’s really the charge nurse who’s participating in multidisciplinary rounds.”

To be able to include frontline nurses, his group is considering asking those nurses to call into the rounding team to deliver concerns about individual patients or to relay patient complaints.

“Many frontline nurses say they don’t have the time to do multidisciplinary rounds, even when those are unit-based,” said Dr. Howell. “A phone call would allow them to at least participate.”

He added that he’d like to try Skype for those phone-ins. “We think if you can see people, it’s much harder to be angry with them,” he noted, “but we haven’t gotten that far.”

No right format
How about having the physicians phone in instead? “We discourage it in the team-based model,” Dr. Howell explained. “The point is to get the doctors there so they can offload work to other people.”

While his group relies on team-based multidisciplinary rounds, Dr. Howell noted that there isn’t really any one right format. If hospitalists’ patients tend to be in two units right next to each other, for instance, the unit-based approach could be a better way to go. Hospitalists who work in massive hospitals, on the other hand, might want to advocate for the team-based model instead.

Taking the broader, team-based approach does come with some rewards, Dr. Howell noted.

“Our case managers now actually think they belong to the hospitalist group,” he said. “If you can engender a team atmosphere, that can be very helpful.”

He admitted, however, that his group has been holding some form of multidisciplinary rounds for 11 years “and that they’re currently in their 11th version of the model. “If at first you don’t succeed,” said Dr. Howell, “try something else.”

Multidisciplinary rounds: Who should be pit boss?

WHEN PUTTING TOGETHER A TEAM to conduct multidisciplinary rounds, Eric Howell, MD, said that he finds it helpful to think of hospitalized patients as racecars who “are in for an unscheduled pit stop.” He sees hospitalists as the drivers (with nurse practitioners and physician assistants as relief drivers), and case managers and social workers as the mechanics and pit techs.

But that leaves one big question: Who should serve as the pit boss and actually run multidisciplinary rounds?

Dr. Howell, who is chief of the hospital medicine division at Baltimore’s Johns Hopkins Bayview Medical Center, said that many young physicians expect to run rounds just because they’re the doctor. But doctors make poor pit bosses, he claimed, because they’re often too busy.

In a presentation at this year’s Society of Hospital Medicine’s annual meeting, Dr. Howell said that if you listen to young colleagues present a case during multidisciplinary rounds, “They often report it like they’re an intern on the wards presenting to an attending. Many young physicians will do a medical presentation instead of a multidisciplinary presentation.”

And while physicians are certainly experts on medical issues, they typically don’t have expertise in other areas ” including regulatory and documentation requirements ” that good multidisciplinary-round pit bosses need.

“If you ask my hospitalists whether a patient is an observation or admission,” Dr. Howell said, “their eyes glaze over.”

Because hospitalists are so focused on medical issues, they’re often clueless about the social or family issues that can have a huge impact on patient care and discharge planning. That’s why Dr. Howell finds that the most successful pit boss for multidisciplinary rounds is often a good case manager.

Just as important, a good leader knows how to keep multidisciplinary rounds short. “Our rounds are less than 35 minutes,” said Dr. Howell, “because our case manager doesn’t let things go off task.”