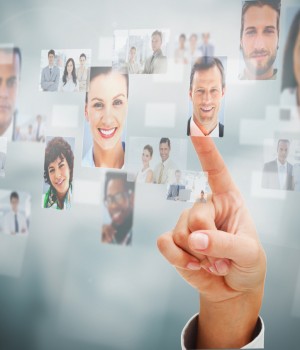 PATIENT SATISFACTION SCORES. EHR systems. Unreasonable demands from hospital administrators. Little respect from other specialties. For many hospitalists, these irritants may be a fact of life. But for one physician, they’ve become a rallying cry.

“I’m hard-pressed to meet any hospitalists who are happy with what they do,” says hospitalist Amir Emami, DO, MD. “We need to improve our quality of life by improving our pay and decreasing our responsibilities and work hours.”

In Dr. Emami’s mind, the only way to achieve those goals is to form a union. The group he has founded, The Hospitalist’s Union, aims to do just that by setting boundaries for hospitalists to use in negotiating better conditions—and by helping strike when necessary.

“I’m hard-pressed to meet any hospitalists who are happy with what they do.” “As a hospitalist, I feel I’m being used as the putty that fills the crack in the wall,” explains Dr. Emami, who has worked for five years as a locum hospitalist. “A lot of administrators take advantage of hospitalists’ generosity.”

While many physicians of all specialties say they are dissatisfied, Dr. Emami thinks that hospitalists have it worse because they are so much closer to the corporate practice of medicine. Many hospitalist groups are employed by corporate entities and managed by individuals who have never practiced medicine.

Dr. Emami notes that he is an unlikely union advocate. Growing up in suburban Michigan, he heard horror stories about how union rules and bureaucracy wreaked havoc with the automotive industry.

But he’s come to the conclusion that the only way to get the attention—and respect—of the health care industry is for physicians to unionize and use the threat of a strike. “It takes hitting people in their wallet for true change to take effect,” Dr. Emami says.

He admits that his organization, which he launched earlier this year, has not attracted many recruits. “There certainly is interest,” he points out, “but I have not actively marketed it as I continue to work full time.” He plans to keep membership in the organization free, and he expects the organization to serve as an advocate and a job “handbook” for hospitalists.

He also predicts that it won’t require much effort to organize hospitalists. Dr. Emami estimates that if one-third of the hospitalists at a hospital were to strike, that would create enough of an interruption to get administrators’ attention.

While he doesn’t like the idea of patients not being cared for, he thinks it’s the only way forward.

“Something has to take place,” he says. “Asking administrators for more pay or better hours is not going to work.” More information about The Hospitalist’s Union is online.