“Everyone just jokes about it,” says Neil Keshvani, MD, chief resident at Dallas’ UT Southwestern Medical Center and lead author of a study in the Journal  of Hospital Medicine on improving respiratory rate accuracy. “It’s one thing to joke about it and another to try to think through how to turn that around.”

That’s just what Dr. Keshvani and a research team did, spearheading a quality improvement project on a medical unit at Parkland Hospital that changed how the patient- care assistants (PCAs) on that unit assess respiratory rates. The  low-cost, low-tech workflow solutions they devised ushered in much  more accurate readings and changed that unit’s median respiratory rate. The new process also shaved time off how long PCAs spend taking vitals.

“With respiratory rates, variety is a surrogate for accuracy.” 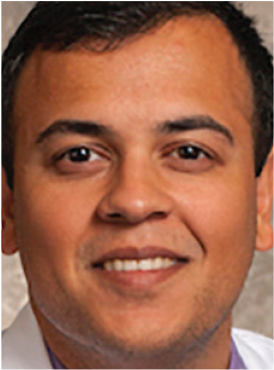 But first Dr. Keshvani and his colleagues had to get nurse and PCA buy-in, and they had shadow the PCAs to figure out what might be going wrong with the way they were assessing respiratory rates. Dr. Keshvani spoke to Today’s Hospitalist.

If respiratory rate is such a critical vital sign, why do people accept inaccurate readings?

It’s a problem with not being automated. The measurement of every other vital sign—blood pressure, temperature, pulse and pulse oximetry—has been automated, but respiratory rate is still manually assessed.

What motivated you to do this project?

Several researchers here—including Anil Makam, MD, the senior author on this project—did a study in 2017 looking at the distribution of respiratory rates in EHR data across multiple hospitals. They found very little variation in those readings, and that’s a clue that they’re not accurate.

If most of your readings are clustered at 18 or 20 a minute, you’re not assessing them correctly. With respiratory rates, variety is a surrogate for accuracy, and you expect a large spectrum all the way down to 12 and all the way up to 30.

One of our interventions was equipping every PCA cart with a stopwatch, then teaching the PCAs to use it to count chest rises for 30 seconds. As a result, the median respiratory rate on the unit fell from 18, which it was before we started the project, to 14.

What was your biggest surprise in this research?

That analogue clocks don’t exist in the hospital anymore! Very few people wear watches with second hands and there aren’t any clocks in hospital rooms. That’s why we had to buy stopwatches. When we shadowed the PCAs to see how they were assessing respiratory rates, we realized they really didn’t know how long to count chest rises.

You shadowed the PCAs, which is how you learned that none had watches or clocks they could use. What else did you find out about that process?

We realized they were waiting up to a minute for their blood pressure machines to cycle. That seemed like the perfect time for them to get the respiratory rate measurement in.

That’s when we suggested they pull out the stopwatches and count chest rises. Streamlining that process helped drop the median time for taking vitals from 2:36 minutes to 1:55.

We also realized that this was a good opportunity to reinforce how to take proper vital signs. For one, you want to make sure patients aren’t moving or talking, and talking is a big one. It’s natural to try to have a conversation with someone, but we reconfirmed that patients shouldn’t be talking or moving during vitals.

We also emphasized the importance of patient positioning and of making sure that, for instance, a blood pressure cuff being used was the right size. So I think we improved the process of taking vitals overall, which perhaps helped make blood pressure readings more accurate as well. I don’t have any proof of that because we didn’t test it, but that may have been a downstream effect.

Did nursing and PCAs have any problem taking a new approach?

Not at all, they were on board right away. Nursing units have monthly meetings with their staff, so we met with them on that unit and discussed the project. Then we held 15-minute huddles with, say, three PCAs at a time to show them with patients the modified process of assessing respiratory rate.

Your study found that lowering the median respiratory rate also reduced false positives for SIRS criteria by 8%. What are the implications of that reduction?

Patients can meet SIRS criteria with a respiratory rate of greater than 20. So when the average rate is 20, it’s very hard to separate the signal from the noise. And early warning alert systems are based in part on respiratory rates that are downloaded into the EHR. If your data aren’t accurate, how can you have an accurate early warning system?

Do you have plans to adopt your innovations hospital-wide and retrain all the PCAs?

Our results were proof of concept, and we are working on getting this expanded.

But we also handed this project off to the nursing managers to deploy it throughout the entire hospital. Nursing is now driving that expansion, and we’ll act as consultants.