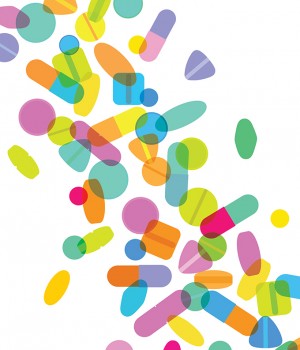 HOW LARGE OF A ROLE should hospitalists play in antimicrobial stewardship? Is reforming the way doctors prescribe antibiotics the responsibility of the ID department, or the job of hospitalists?

We explore these questions in our cover story, which looks at stewardship efforts. It appears that there’s a lot of room for improvement—which is concerning, given several items in the news last month.

CDC officials announced that a Nevada woman died last year of a carbapenem-resistant Enterobacteriaceae (CRE) infection that could not be treated by any of the antibiotics available in the U.S. And  a study published in January found several types of CRE in three Boston-area hospitals and one in California, suggesting that the superbug may be more prevalent in U.S. hospitals than previously thought.

Clearly, we’re not dealing (yet) with widespread hospital outbreaks, but the news is a grim reminder that super-resistance is here and it’s real. That’s a big part of the urgency behind our coverage this month in which stewardship experts talk about ways that hospitalists can step up those efforts.

Hospitalists can do a lot with small steps, such as taking a moment to choose an indication every time they order an antibiotic. But barriers to better stewardship remain. Hospitalists who want to head up such efforts run into the same constraints of time and money that they face in so many other quality improvement and patient safety initiatives.

And one of our sources noted that medicine needs a new culture of what she called “re-evaluation.” Doctors should stop having reservations about changing an antibiotic treatment plan started by a colleague, particularly as culture data come in.

That’s not criticism or being disloyal to a colleague. It’s making sure news items like the one coming out of Nevada remain few and far between.

Onboarding for the long term

A leader, or a follower? Both work