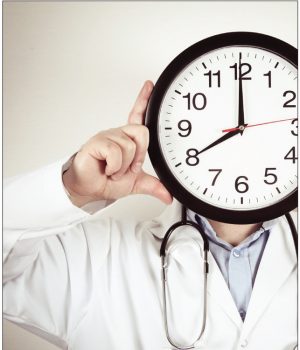 Published in the March 2018 issue of Today’s Hospitalist

REVISED GUIDELINES significantly expand the time frame in which mechanical thrombectomy is recommended in patients with ischemic stroke, including up to 24 hours in some patients.

The revised guidance was issued by the American Heart Association and the American Stroke Association. It updates guidelines last released in 2013, and it is based in part on results from the DEFUSE 3 trial. In that randomized trial, thrombectomy (along with medical therapy) between six and 16 hours after symptom onset in some patients resulted in significantly less disability at 90 days than medical therapy alone.

Other recommendations in the updated guidelines include expanding the use of tPA for some patients with mild strokes and having emergency responders transport patients to facilities that can deliver more comprehensive stroke care, including thrombectomies, even when that means bypassing closer hospitals.

The guidelines also recommend establishing systems so that at least 50% of stroke patients who might benefit from tPA or mechanical thrombectomy receive brain imaging within 20 minutes of arriving in an ED. The guidelines were published in January by Stroke. 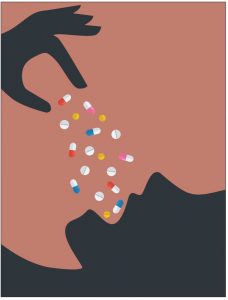 RESEARCHERS looking at the benefits of adding direct oral anticoagulants (DOACs) to antiplatelet therapy in patients with acute coronary syndromes report these mixed results: While DOACs help prevent ischemic events in STEMI patients (although at a cost of higher bleeding risk), they don’t confer protective benefit to NSTEMI patients.

Their meta-analysis included six trials comprising more than 29,000 patients, with results published online in February by JAMA Cardiology. Researchers found a favorable risk-benefit profile for DOACs among STEMI patients, with the number needed to treat to prevent one cardiovascular event of 63. The number needed to treat STEMI patients with DOACs for one major bleeding event was 96.

Among NSTEMI patients, however, the research found a very different risk-benefit profile: 130 patients would have to receive DOACs to prevent one event, while one out of 137 would have a major bleed.

The authors make this recommendation: “Future studies should focus on the role of DOAC in addition to APT in patients with STEMI who are at low bleeding risk.”

One in four hospitalists reports being sued 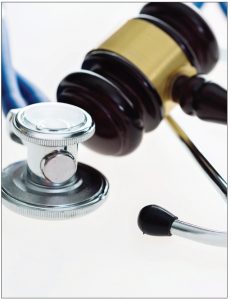 RESEARCHERS surveying hospitalists about their experiences of being sued for malpractice find that one in four (25.6%) have been sued at least once in their career. But that percentage rose sharply with years in practice: Among doctors practicing for more than 20 years, 55% reported having been sued.

Results were published in the January issue of the Journal of Hospital Medicine. The survey, which had more than 1,000 hospitalist respondents, also asked hospitalists about their perceptions of defensive medicine. “Overall,” the authors reported, “respondents estimated that 37.5% of healthcare costs are due to defensive medicine.” 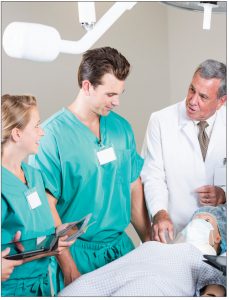 THE CENTERS FOR MEDICARE AND MEDICAID SERVICES (CMS) has issued revised requirements related to medical-student documentation that should save residents and attendings some time. Teaching physicians will now have to only verify student documentation or findings, rather than re-document those, according to a CMS transmittal issued in February. The revised requirement took effect March 5.

The CMS announced the revision as a way to simplify documentation requirements and reduce physicians’ administrative burden. The new requirement now “allows the teaching physician to verify in the medical record any student documentation of components of E/M services, rather than re-documenting the work.” While teaching physicians will continue to have to perform (or re-perform) both the physical exam and medical decision-making activities of the service being billed, they will now be able to verify “all student documentation or findings, including history, physical exam and/or medical decision making.”