Published in the June/July 2004 issue of Today’s Hospitalist

A new study suggests that while relatively few patients take lipid-lowering medications before major noncardiac surgery, individuals who receive the drugs have better mortality rates. A retrospective study in the May 5 Journal of the American Medical Association examined the records of nearly 800,000 patients who underwent major noncardiac surgery in 2000 and 2001 at more than 300 U.S. hospitals. The study tracked only those patients who survived through at least a second day in the hospital and who received lipid-lowering drugs during that time.

When researchers adjusted the data to account for factors including age, comorbidities and cardiac risk, they found that the preoperative administration of statins was associated with a 1 percent absolute reduction in hospital mortality.

Perhaps because patients receiving statins were older and had more comorbidities, they were more likely to receive beta-blockers and other cardiovascular agents and to be receiving therapies to prevent venous thromboembolism. Patients receiving the drugs were also more likely to have undergone orthopedic or vascular procedures, to have been admitted electively, and to identify Medicare as their primary insurance.

Of the surgeries studied, 68 percent involved orthopedic or abdominal procedures. Roughly one-third of the procedures were considered high risk.

Researchers could not determine how long patients had been taking lipid-lowering drugs. They acknowledge in the article that the mortality benefit identified may be the result of long-term use of lipid-lowering drugs or improved pre-operative care. They also say that it is not clear how long before surgery these drugs need to be administered to produce any benefit in mortality.

The article notes that among patients who undergo major noncardiac surgery, approximately 3 percent will experience perioperative MI. Among higher risk patients, that number can go as high as 34 percent. 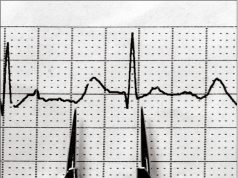