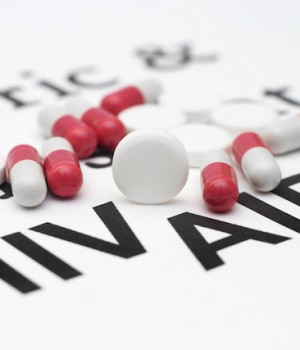 Published in the October 2013 issue of Today’s Hospitalist

HERE’S AN HIV CASE that was first picked up by a hospitalist at Chicago’s Northwestern Memorial Hospital earlier this year: A 40-year-old man sent to the hospital by a primary care physician concerned about the man’s new onset of lethargy and syncope turned out to have an HIV viral load of more than 10 million. On questioning, the man “who worked at the medical center “admitted to more than 50 new sexual partners over the past year and to inconsistent condom use.

Doctors should take away two lessons from that case, said John Flaherty, MD, a professor of medicine at Northwestern University’s Feinberg School of Medicine and associate chief of its division of infectious diseases. Dr. Flaherty was speaking at a presession course on infectious disease issues for hospitalists at this year’s Society of Hospital Medicine conference. First, that patient should be started on antiretroviral therapy (ART) right away. And second, physicians should be more suspicious than they usually are.

“Lower your threshold for HIV testing,” said Dr. Flaherty. About 20% of people living with HIV/AIDS “don’t know it. Anybody with unexplained chronic illness should be tested. That’s my fallback position.”

Physicians should, for instance, do an HIV test on everyone who comes in with community-acquired pneumonia. “When we look back at our patients,” he noted, “we have found that the most common reason they were hospitalized a year or two or three years before they got their HIV diagnosis was community-acquired pneumonia, and nobody thought to test them. We are not very good at picking up generalized infection.”

Another clinical scenario that should prompt hospitalists to order an HIV test is acute mononucleosis.

Start treatment immediately
According to Dr. Flaherty, the fact that there are 50,000 new HIV cases diagnosed each year is both good and bad news. It’s good in that it shows that the illness can be controlled, he said, but bad in that “we have not made much of a dent.”

In terms of treatment, doctors in the past probably would have waited to start that man on antiretroviral therapy until they knew his CD4 count, he’d recovered from his acute retroviral illness or they were confident he would adhere long-term to therapy. Now, however, Dr. Flaherty said that the patient should be started on a boosted protease inhibitor regimen immediately.

“This is a new paradigm for you as hospitalists,” he said. As of February, “the new recommendation is that if you see people with an acute HIV infection, start treating them.”

There are many antiretroviral medications to choose from, and selecting among them can seem “daunting” for people who don’t do HIV care every day, said Dr. Flaherty. But hospitalists really need to know only the first-line drugs and first-line regimens to get people started.

The single-pill regimens “Atripla, Complera and Stribild “are “terrific drugs,” Dr. Flaherty said. And experience shows that patients like the medications and adhere to them much better than to more complicated regimens. Moreover, he added, “there are other drugs in the pipeline,” so there are plenty of options if a patient develops resistance to one of the drugs.

Tenofovir, which is a part of every first-line regimen, has caused concern because it may have some nephrotoxicity and bone toxicity. A “son of tenofovir” drug, Dr. Flaherty pointed out, may soon replace it.

Hospitalists also need to know that when people first start taking tenofovir, their creatinine bumps up. “Don’t be surprised by that,” he said, adding that it usually isn’t anything to worry about.

Another side effect to be aware of is that some people develop kidney stones when taking atazanavir (Reyataz). Those who do should be switched to a different protease inhibitor or regimen.

CD4 counts will fluctuate, and these ups and downs are “rarely an indication for modifying a virologically suppressive antiretroviral drug regimen,” he said. “We have learned the hard way that frequent testing causes a lot of anxiety.”

And while many of the classic AIDS-related opportunistic infections have declined, Dr. Flaherty said, hospitalists can expect to run into the following:

Treat with Bactrim. “All the alternatives are also-rans,” said Dr. Flaherty. If your hospital is experiencing a shortage of IV Bactrim due to manufacturing problems and recalls, patients can be given two or three double-strength tablets three times a day as an alternative.

Adding prednisone can reduce the risk of respiratory failure. Hospitalists should know that PCP will “often get worse before it gets better,” which doesn’t indicate that Bactrim treatment is failing, Dr. Flaherty said. “Keep going.”

Almost everyone will respond to treatment in a couple of weeks. If a patient doesn’t get better, Dr. Flaherty said, hospitalists should wonder if “it might be something else, like lymphoma.”

Curbing drop-off
The best way to control these opportunistic infections is to make sure that patients with HIV are diagnosed and put on antiretroviral therapy early. But a major problem continues to be the drop-off between diagnosis and long-term ART.

“If you can be linked to therapy, your odds are pretty good of surviving long-term,” Dr. Flaherty said, “but we lose a lot of people along the way who aren’t receiving sustained treatment. A lot of these patients are the ones who show up in the ER and are seen by hospitalists.”