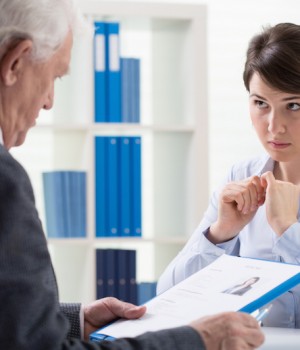 Published in the March 2008 issue of Today’s Hospitalist

Hospitalist Anthony Uy, MD, easily ticks off the downsides of immersing himself in the interview process of potential recruits.

For one, no one lightens his patient load so he can spend more time interviewing. And no one offers him a bonus for his time.

But Dr. Uy, who practices at Lake Cumberland Regional Hospital in Somerset, Ky., and who is not the director of the program, feels that taking part in the interview process is a key part of his job as a front-line hospitalist.

“It’s an investment in my colleagues,” he explains, “and it behooves me to be looking for people who are the right fit.”

Hospitalists say that time spent interviewing is a good way to reduce turnover and boost their own job satisfaction “and safeguard harmony within a group.

Besides, Dr. Uy adds, when hospitalists don’t devote time to the courtship phase, they’re the ones who will reap dissatisfaction if Dr. Wrong actually comes on board. “If you don’t have people on the front-line interviewing,” he points out, “then you can have big problems when directors hire people “and then never have to work with them.”

A team effort
Debralynne Zickafoose, MD, a hospitalist with Health Care Partners Medical Group in Long Beach, Calif., agrees that getting involved in interviews enhances hospitalists’ ability to work as a team.

Interviewing also gives her insights into how a physician delivers care. “It gives you a perspective,” Dr. Zickafoose says, “on how people are going to care for a patient and interact with a family.”

She usually speaks with candidates in tandem with two or three other front-line
physicians. That way, she says, she sees how an individual interacts with various members of the hospitalist team.

Her group often uses two-part interviews. During the first, she and her colleagues try to get a “feel for candidates’ personalities, see if they would fit and find out what values they bring.”

During the second interview, Dr. Zickafoose says that she and her colleagues bring up particulars of practice management. That discussion, she says, is critical to understanding how someone will care for patients.

“It is not an overly structured format,” he explains. “We give them a feel for the program, the shift work, workload, and we try to answer any questions they may have.”

What they don’t discuss, he says, are details like benefits, salary and schedules. He leaves that discussion to the hospital’s administration.

That split between the more formal details of a new position and the practice zeitgeist is relatively common. At Lake Cumberland, for instance, Dr. Uy splits the interviewing process with the hospitalist director, Robert Blankenship, MD. Dr. Blankenship spends the morning telling candidates “how it is from the top,” Dr. Uy says, while he takes the afternoon shift telling them “how it is from the bottom.” That includes giving candidates an overview of the practice, the physicians and program goals.

Covering the basics
At Banner Gateway Medical Center in Gilbert, Ariz., hospitalist Carmen Oliveras, MD, says she tries to find out if people have roots in the area, which can improve retention.

“I ask what their hobbies are, what they like to do outside of work and what kind of local connections they have,” she says.

“You have to ask questions about their qualifications,” Dr. Uy says. “You need to understand what sort of training they have. Sometimes, I’ll tell them that I’m going to end up seeing 20 patients when I was only supposed to see 15, just to get their reaction.”

Dr. Pathak says he tries to determine if an individual is accustomed to working in a similar type of program. Hospitalists in his group, for instance, have a 24-hour program where they share night shifts, a high census, ICU coverage and a diverse patient population.

“During an hour interview we are able to see if a 24/7 program will fit with their lifestyle,” he says.

Know yourself
Because hospital medicine depends so much on collaboration, Dr. Zickafoose pays attention to candidates’ communication skills. She likes to ask them to describe their communication style.

“Putting it in words helps to define who they are as a physician in general, if they have a soft style or are more direct,” she says. “Their communication style has to fit the personality of the group and the culture of the hospital.”

To ascertain how someone will fit in, front-line physicians must know their own program and how it stacks up against others. Banner Gateway’s Dr. Oliveras points out that her program, like most others, is “relatively understaffed.” That means that doctors have to handle cases without much assistance.

Although they work closely with nurse managers, “you have to learn to be a manager and multi-task quite a bit,” she says.

Technology makes up such a big part of the hospitalist practice, Dr. Oliveras says, that it needs to be discussed in interviews.

“If you are afraid of computers,” she says, “you’re not for our practice.”

What not to ask
Hospitalists also point to the fine line between asking appropriate questions, such as how a candidate would handle an end-of-life discussion, and stepping into dangerous interview territory.

“Some questions are off-limits, and it is amazing to me when they still get asked,” Dr. Uy says. Taboo topics include subjects that are gender-based (“Do you plan to get pregnant?”) or questions related to ethnicity or sexual orientation.

Interestingly, Dr. Zickafoose says that she considers another area to be off limits, at least during a first interview: asking candidates how they would clinically deal with a particular disease scenario. Getting into clinical pros and cons, she explains, can put interviewees on the spot.

Instead, she waits until the second interview to discuss specific clinical practice patterns, Dr. Zickafoose says, after she feels comfortable that the candidate would fit in.

Airing your own dirty laundry
Another delicate area: How forthcoming should interviewers be about problems within their group?

According to Dr. Zickafoose, hospitalists need to bring “some component of transparency” to the interview process. Otherwise, they should expect crippling turnover. “If you are selling everything as perfect,” she says, “you are setting the person up for that.”

By being candid about weaknesses in the group, hospitalists give candidates the opportunity to know what they might bring to the table that is presently missing.

They are also flagging areas that can give candidates a better idea up-front whether or not they want “or are able “to fill a slot.

“I’ve been there,” says Dr. Uy. “I have had a bad experience in employment, and I don’t want a year from now to see the new physician and think, ‘Boy, I did them wrong. Look how miserable their life is.’ ”

Outside assistance
Physicians also say they get involved in another important inquiry, beyond the interview: what to ask of recruits’ references. Questions to ask include candidates’ clinical competency and knowledge, as well as their self-motivation and whether or not they get involved in leadership roles or committees.

“Checking references is vitally important,” says Dr. Uy. “Candidates may not fully disclose everything that has happened to them, or their interpretation of facts may be different than others’.”

At Saint Margaret Mercy, the hospital asks for written references. But Dr. Pathak makes a point to speak with two or three clinical references.

“Especially with people coming out of residency, references will be very forthright with you on the phone,” Dr. Pathak points out. “They will tell you if someone did not pass boards the first time. And you can tell if they are effusive about a candidate or if they are just solid.”

How can you become a better interviewer?

Want to get involved in the interview process? Hospitalists who conduct interviews offer these tips:

Individuals who have good reasons for job-hopping, such as a spousal move or a promotion, should be stating those reasons immediately, in their cover letter or initial phone interview. If they don’t, Dr. Pathak says that he won’t ask them in for a face-to-face. Other physicians say they’ll ask frequent flyers in for a series of interviews, just to make sure candidates are consistent in what they want out of a new job.