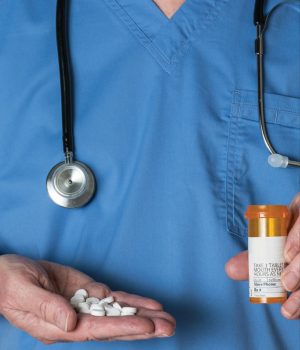 Published in the May 2018 issue of Today’s Hospitalist

THE SOCIETY OF HOSPITAL MEDICINE (SHM) last month released a new consensus statement on ordering opioids for noncancer pain in hospitals, with more than a dozen recommendations to help minimize risks.

Among the recommendations: Clinicians should use immediate-release opioid formulations, not long-acting or extended-release ones, and doctors should ask patients at discharge about existing opioid supplies at home and account for those in discharge orders. Further, clinicians should prescribe the minimum quantity of opioids thought to be necessary based on the expected course and duration of pain after hospital discharge. The statement was released in the April issue of the Journal of Hospital Medicine.

The working group drafting the statement also noted that it considered recommending naloxone prescribing for patients with orders for opioids at discharge. However, the group decided not to do so because naloxone is intended for patients on chronic, not short-term acute opioid therapy. 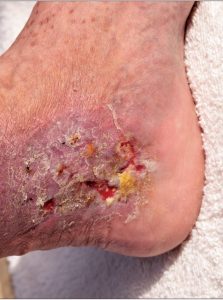 The letter —which was posted online in April by JAMA Internal Medicine—points out that guidelines from the Infectious Diseases Society of America advise against imaging in cellulitis patients except for the with febrile neutropenia. The guidelines also don’t recommend blood cultures except when patients are highly immunocompromised, exhibit systemic toxic effects or have sustained animal bites.

Researchers looked at close to 200 patients presenting to the ED at Boston’s Massachusetts General Hospital with presumed cellulitis who were either admitted or placed in observation. They found that two-thirds (68%) of those patients underwent some kind of imaging. Forty-five percent received only one form of imaging, but 16% underwent two types and 5% received three, even though none of the patients had a fever or were neutropenic. The imaging studies changed diagnosis and management in only 6% of those patients.

While 33% of patients received blood cultures, only 1.7% of samples showed growth.

How prevalent are hospital medicine rotations? 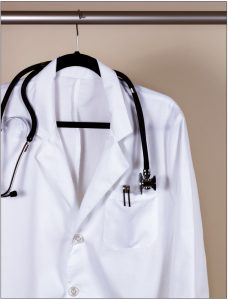 ONE-HALF of all internal medicine residency programs now offer hospitalist-focused rotations, according to a new survey of the leaders of more than 80 of the country’s largest residency programs. Survey results were posted online in March by the Journal of Hospital Medicine.

Among programs with hospital medicine rotations, 85% were found to be elective, 15% were mandatory, and 76% lasted one month and were designed for second- and/or third-year residents. Most of those rotations also included some work on patient safety and quality improvement, while 30% of the programs that lacked a hospitalist rotation said they had plans to implement one.

The major barriers cited by programs that did not have a rotation were the lack of a well-defined rotation model (29%), too little faculty interest (15%) or resident interest (15%), and too little funding (5%). “We anticipate,” the authors wrote, “that the demand for hospitalist-focused training will continue to grow as more residents in training seek to enter the specialty.”

What are the best states to practice in? 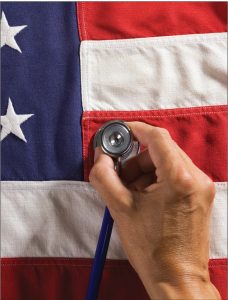 TO DETERMINE the best and worst states for doctors to practice in, WalletHub—a personal finance Web site—last month ranked all 50 states and Washington, D.C., on more than a dozen weighted measures. Those measures pertain to opportunity, competition and medical environment. They range from annual average compensation, the number of hospitals per capita and local rates of uninsured patients to malpractice rates and how punitive state medical boards are.

The five states found to be the best places overall for doctors to practice were South Dakota, Nebraska, Idaho, Iowa and Minnesota. At the bottom of the list as the worst places to practice were D.C., Hawaii, New York, Rhode Island and New Jersey.

Meanwhile, Mississippi tops the list for having the highest average annual wage for physicians, while D.C. is at the bottom. As for the lowest projected competition in 2024, Idaho leads the pack, while Maine was judged to have the least punitive state board. Delaware, however, had the most punitive.