Hello, my name is Erik, and I’m addicted to multitasking. And at this very moment, I am suffering from withdrawal. Currently trapped at 30,000 feet without Internet, phone or music (I forgot my headphones), I certainly feel a bit “off.” Fortunately, this is not a disease where withdrawal consists of cold sweats, confusion or abdominal cramping, but my “off” is more than a bit discomfiting.

A developing science explains my angst as more than a bit of uneasiness stemming from the disruption of habitual behavior or routine. In fact, as lucidly described in a recent NYT article, scientists now believe that multitasking taps into “a primitive impulse to respond to immediate opportunities and threat. The stimulation provokes excitement—a dopamine squirt …. In its absence people feel bored.”

According to the article, a study conducted at Stanford suggests that multitaskers are unable to shut off their multitasking tendencies even when their attention is no longer fractured like light through a prism. Another study from UC Irvine found “that people interrupted by e-mail reported significantly increased stress compared with those left to focus.” Stress, or some other byproduct of multitasking, has been linked to worse short-term memory and decreased functional performance for otherwise simple tasks.

Uh, what was I writing about? All I know is that I am “Jonesing” right now for a squirt of dopamine. Stewardess, how much longer until I can turn on my BlackBerry? All I need is just one email. That’s it–I promise!

While this is by no means a disease exclusive to physicians, I imagine that we must have a greater predilection for the affliction. As bombarded as we are by a constant flow of new information on all fronts, such a condition appears almost inevitable. As an example: Typically, while I’m in the process of doing a discharge summary, I answer a couple of e-mails, respond to three pages and shoot the bull with a colleague … all at the same time.

As many of us know, it is immensely hard to turn off the urge for bits of information dipped in dopamine once we’ve turned the stream on. I find that on trips to the playground with my two-year old son, I have to fight the desire to check my BlackBerry. Since I have boarded the aforementioned and interminable flight #1245, I have reached for my phone at least 10 times, no joke! Thankfully, I have avoided texting while driving–that’s just plain dumb–but that doesn’t mean I’m not tempted.

I need to kick this thing. But how? Unlike the alcoholic who can avoid bars, how can I do my job when it’s a constant avalanche of bits of information? “Potassium is 3.2, you are needed in room 332, so and so needs to talk to you about this, that and the other thing, and why am I scheduled for back-up two weeks in a row?”

Maybe it won’t be that hard. After all, I’m several hours into the flight and I have not lunged for the emergency exit yet. But my confidence about a cure is tempered by the realization that I’m not too far removed from those patients who tell me, “No need for the nicotine patch, doc–I have kicked it.”

“Happy to hear it,” I say, “but please be prepared for the craving the moment you get out of the hospital and back to your own environs, at home where you’ve been reading that paper, drinking that coffee and having that smoke for the last 20 years.”

While I often write with tongue planted firmly in cheek, I am being serious here. I mean, I can’t remember the last time I used the rest room without looking at my phone. I suspect many of you can’t either.

I probably don’t need a 12 step plan, but I do need some plan. For starters, on this vacation I will have no BlackBerry. I purchased a “stupid phone” that comes equipped only with the ability to make and receive calls. Imagine that. (Oh, the horror!) I didn’t know they still made them.

Hopefully, this cold turkey time will prepare me for when I return. Two weeks should be enough to extinguish my constant drive for a new tidbit of information. But what to do when I actually do return? My ability to do my job well requires me to be adept at multitasking.

In short, I will try to commit myself to the basics: No checking e-mail after dinner. No Internet before bed. And that phone will stay glued to my hip, not my palm, when spending time away from work. At least, I hope that is what I’ll be able to do.

But I know I need to do something. My brain has changed. While neuroscientists have yet to name the condition, I am certain I have formed countless “BlackBerry” synapses that hunger for the next dopamine surge linked to the next digital communiquÃ©.

We tell our patients that admitting you have a problem is the first step to a cure. I have a problem. What’s the second step? Well, I’m not so sure.

Just found a Twitter addiction feed. Maybe that will help. 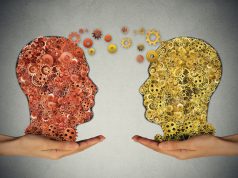 Helping faculty get better at what they love 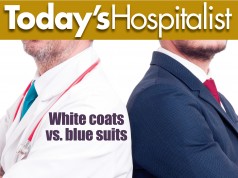 The white coats vs. the blue suits