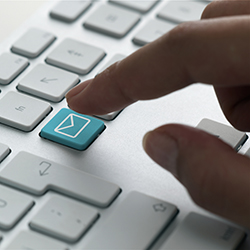 IN REFERENCE to your “Dying after leaving AMA” (September/October 2021) article, I am also a hospitalist and had a similar experience with a 35-year-old patient with covid-associated pneumonia complicated with early ARDS who required high flow oxygen alternating with BiPap. She had no comorbidities, and she did not get vaccinated.

She presented in moderate severe respiratory distress—and she was adamant from admission that she did not have covid and she wanted to be discharged home. We advised her of the necessary (and implemented) treatment plan to try to prevent intubation. A psych consult, which was requested for suspected depression, found her competent, not depressed, but clearly in denial of her illness. While she could clearly state the potential dire consequences of her decision, she eventually called her husband who came to take her home. They were both convinced she had only a “bad cold” and they demanded that she be discharged.

Desperate to dissuade them, I directed the nurse to turn off the patient’s high flow oxygen. The husband, the nurse and I watched at the bedside as the patient immediately decompensated with respiratory distress and worsening hypoxia to 73%. That’s when her husband backed off and admitted he would not be able to cope with his wife’s illness at home. We resumed high flow oxygen, and l left the room to allow them to deliberate. When I returned an hour later, the patient agreed to stay.

In all my years of practice, I have never had to take such drastic measures. Every day, people living in this kind of denial come to the hospital for help—and challenge those of us on the front lines. They argue and resist care. At least some eventually realize, as their condition worsens, that they made a mistake in believing all the lies and misinformation and that they are very ill. This all adds to the frustration that many of us feel, and that causes some of us to become callous.

I AM a hospitalist who retired in July 2019. “AMA” or against medical advice has been a gut-wrenching issue probably since the first hospital accepted patients. Over my 40 years, I heard dozens of reasons: the need for a smoke or a drink; the desire to return home—or to the street when a patient was homeless; frustration over waiting for test results or treatments.

It seems the covid pandemic has exacerbated nearly all these problems. I am sure they are doubly frustrating for overworked physicians and medical professionals when they are precipitated by the misinformation and bad science being magnified by social media. Even some learned colleagues have bought into many of these errors.

I don’t have any answers for the hard-working members of our profession, but I would at least support sanctioning those who should know better, including MDs, DOs and RNs.