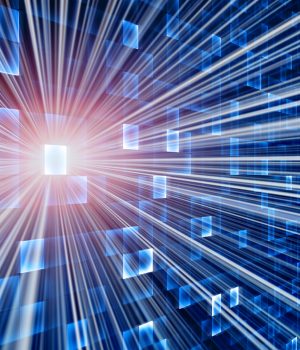 AS AN INTERN in 2004 at Philadelphia’s Hospital of the University of Pennsylvania, Subha Airan-Javia, MD, learned early on from senior residents that “the way team members communicate is really important to make sure errors don’t happen.”

But she also realized very quickly that work in the hospital was rife with potential communication errors. That’s because every team relied on its own Word document—for handoffs, rounding, to-do lists—that team members printed out and scribbled on all day, updating vitals and care plans.

“Those printed lists were not available to other teams or nurses,” Dr. Airan-Javia points out. And “they wouldn’t be updated until the end of the day”—a practice, she adds, that is still “standard in a lot of places.”

“We need to open up the ability for clinicians to have a suite of tools.” 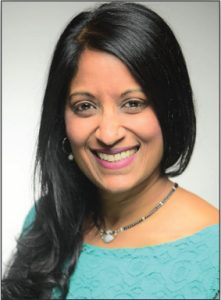 She lobbied her program director to work with Penn’s IT department, then introduced as a second-year resident “a Web-based platform that replaced the Word document,” she says. “It pulled some information from the EHR but it still required a fair amount of manual data entry.”

Dr. Airan-Javia eventually joined Penn faculty as a part-time hospitalist and a part-time physician advisor to the IT department. The next version of her Web-based tool pulled in medication lists from the EHR, and she started working on a paperless handoff tool in 2013. But “I realized that we use paper for so much more than just handoffs,” she says. Working with the IT department and Penn’s Center for Healthcare Innovation, she introduced a new application dubbed CareAlign in 2014 that has since been adopted by the entire Penn system.

CareAlign is, she explains, “a project management platform for clinical teams to work in a shared virtual space,” one that any team member can access on any device. One function pulls data— labs, tests, vitals—from the EHR into a display for easy visualization. Another allows users to keep a shared patient-centered task list, while a third allows doctors to export plan and task elements into progress notes.

“Older information or completed tasks can be archived for future reference,” Dr. Airan-Javia and her colleagues wrote in Applied Clinical Informatics in 2021. That has reduced documentation burdens and improved hospitals’ case mix index.

In 2018, Dr. Airan-Javia resigned from her administrative and IT positions at Penn Medicine and launched a health IT startup that has garnered over $4 million in investments. While she still provides patient care at Penn Medicine five weeks a year, she now works full time as CareAlign’s CEO.

The application is, Dr. Airan-Javia points out, “EHR agnostic.” “I’m not interested in being exclusive to one EHR,” she says. “We really need technology that can bridge the gap between them.” And she’s fine with CareAlign remaining, as she and her colleagues described it in their Applied Clinical Informatics article, an “EHR adjunct.”

“Every hospital department has a variety of software tools it relies on—except front-line clinicians, who are expected to do everything in the EHR,” Dr. Airan-Javia says. “I think that is a mistake. We need to open up the ability for clinicians to have a suite of tools that enables them to do their work well and take better care of patients.”