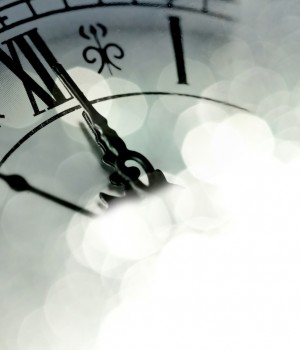 
Keep up with the latest coding changes: May 2014 – Coding News & Strategies

As part of the rule, the CMS attempted to clarify observation and short-stay criteria and give physicians and hospitals guidance as to which patients should be admitted. This is the first regulation that Medicare has issued to address the definition of “inpatient.” Prior to this rule, the CMS had issued only guidance for defining an inpatient status.

Until the end of the year, Medicare contractors will be looking at samples of claims from individual hospitals.

The new standard was also intended to address concerns that some Medicare patients have inappropriately long observation stays, which is considered outpatient status. These extended outpatient stays have been a sticking point for patients who incur higher out-of-pocket expenses due to non-covered services, higher deductibles and denied coverage for services in skilled nursing facilities.

The new rule states that in deciding whether patients should be admitted, physicians should reasonably expect that a patient’s stay will span two continuous midnights. If doctors don’t have this expectation, according to the new rule, patients should instead be in observation or other outpatient status.

Time expectations
To meet the documentation requirements of the new rule, a formal order for an inpatient admission is required and must be supported in the medical record. It is also the physician’s responsibility to clearly communicate in the medical record his or her reasonable expectation of a medically necessary stay for hospital care of at least two midnights.

As part of determining whether a patient will stay more than two midnights, physicians may consider the time that patients first started receiving outpatient services at the hospital. According to the rule, time that patients spend receiving services in outpatient status in the ED, observation, operating room or other treatment area may be considered when deciding whether physicians expect a patient’s stay to surpass the two-midnight benchmark.

That excludes wait times, however, so a patient waiting in the ED to be seen when the clock strikes 12 has not passed the first midnight. Also excluded are triaging activities such as vital signs before any treatment is initiated.

But what happens if a patient’s inpatient stay doesn’t span two midnights? Will such admissions be automatically downgraded to an observation stay? The short answer is “no” “but the CMS does expect doctors to document the circumstances that led to a shorter than expected stay.

According to the CMS, the majority of admissions that span fewer than two midnights should fall into one of three categories: a beneficiary’s death, transfer or leaving against medical advice.

However, in a conference call on the new rule held in late September, CMS spokespersons made it clear that there may be occasions in which a beneficiary improves much more rapidly than the physician had initially anticipated. The CMS expects these cases to be rare and notes that such cases must also be clearly documented.

Giving hospitals feedback
The CMS also foresees this scenario: When a patient first presents in the ED, a physician may not be sure if the patient will have to be admitted for a stay that covers two midnights, and the need for such an admission may not become clear until the following day. In such situations, the patient should appropriately be kept in observation or otherwise as an outpatient for the first day, then admitted on the second.

But how will those cases be paid? From the perspective of CMS’ medical review, the outpatient time spent before a formal and documented admission order is not considered inpatient time. But that time may be considered, the CMS has noted, for determining whether the two-midnight benchmark was met.

To get a handle on just how many such admissions there will be, the CMS also made this announcement: Its medical review process during the first three months the rule is in effect “from Oct. 1 to Dec. 31 ” is going to focus exclusively on claims for inpatient services where the patient was admitted for only one midnight. (The review process will, of course, continue to look for cases of gaming, abuse or fraud.)

During this three-month period, Medicare’s administrative contractors will be looking at samples of claims from individual hospitals: 10 claims for smaller facilities and 25 for larger ones.

They’ll use those claims to give feedback to individual hospitals, letting them know how well they’re complying with the new rule. The CMS will also study these three-month results to figure out whether the agency needs to release new guidance for physicians and hospitals.

Unanswered questions
Crystal clear? Actually, there are many unanswered question on what the impact of this rule will be and how it’s going to play out in individual hospitals. Some feel the rule has caused more confusion and created more problems than it has actually resolved.

The CMS has stated that it was not its intent to exclude those practitioners. It will be providing further guidance on this issue and on documentation requirements for admission orders, so stay tuned.